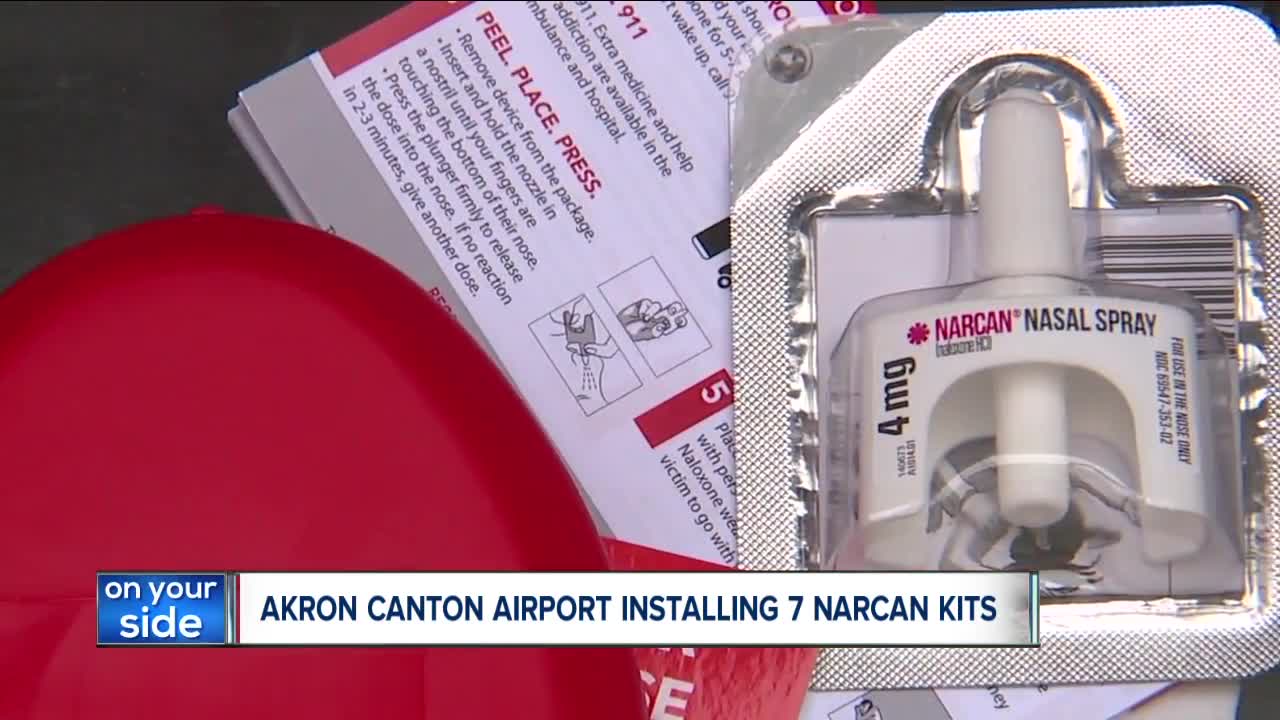 Seven kits containing the overdose-reversing drug Naloxone will be installed at Akron Canton Airport in August. 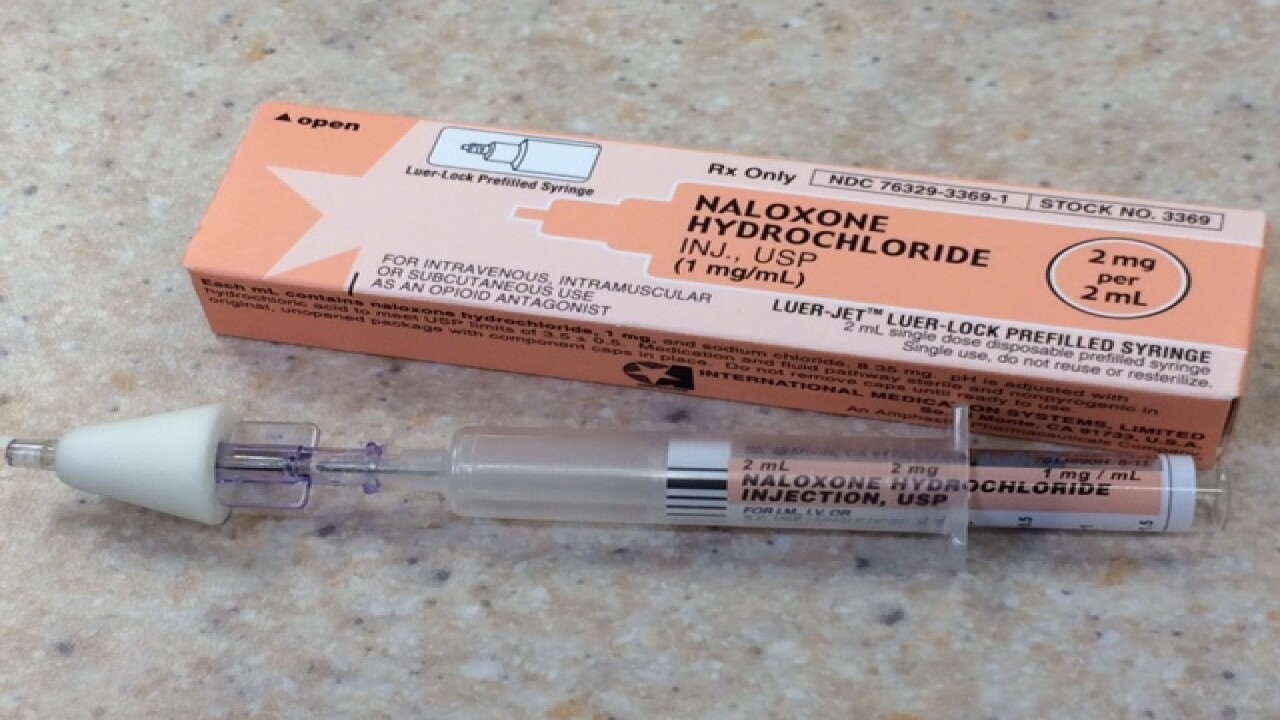 The units will be mounted in both public and secure areas next to existing automated external defibrillators (AED's).

Each kit, called Naloxbox, contain two doses of Narcan as well as a face mask for rescue breathing.

"Minutes can matter when it comes to saving a life and we want to be able to provide that opportunity," said Ren Camacho, the president and CEO of the airport. "The ability to save one life, it's well worth the investment."

Camacho said the airport is spending $250 for each kit. Next week, about 25 employees will be trained on how to use them in the event of a suspected overdose. The boxes, which are not intended for passengers to administer, will go up in August.

"We have locks on these units so if something is amiss, we would be notified through either an alarm system or breaking of a seal," Camacho said.

Camacho believes CAK is among the first-- if not the very first airport in the country-- to mount the opioid-reversing kits.

According to the Green Fire Department, there have been four overdoses on airport property over the past two years. First responders, carrying Narcan, revived all of them.

"There's not a big problem here, but again, it's a large public place. We've have an epidemic of overdoses in Northeast Ohio," said Jeremy Chambers, a Green fire medic.

Green has been at the forefront of pushing for Naloxboxes. This summer, it became the first city in Ohio to convince hotels to install the units. Five hotels along the I-77 corridor now have them up. The units haven't been used for any overdoses so far, Chambers said.

Passengers traveling through the airport were not surprised to hear about the initiative.

"It's a good idea. I think it's an epidemic. I think that people need help," said Susan Morgan.

"It's serious to where unfortunately we have to have things like Narcan around and available if something were to happen," said her husband, Joel Morgan.

Green leaders said overdose numbers are down since the epidemic spiked a few years ago, but drug use remains a serious problem.

Chambers said some have criticized the need and the message of having Narcan kits at the airport, but he says it's about saving lives and getting people help.

"I kind of look at it as prevention that we can stop an event from taking place in the future."

The Green Drug Task Force with supporters fro Cover 2 Resources is celebrating the community of first responders with with a special concert and recognition event on Thursday, July 25.

The concert feature country artist Shane Runion. It starts at 6:30 p.m. at Central Park on Steese Road in Green.