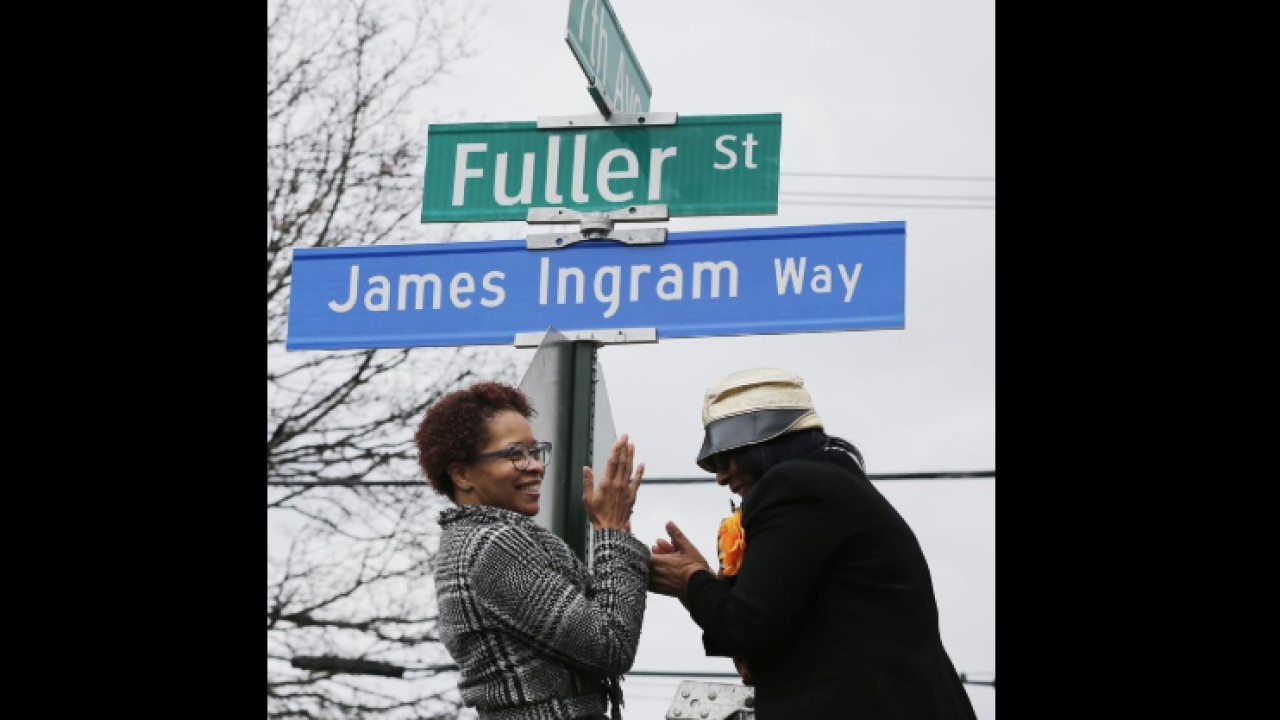 AKRON, Ohio — An Akron homegrown musician was honored in a big way Thursday. Family and close friends of the late James Ingram, who died in January, gathered to watch officials dedicate a street in his honor, according to News 5 media partners at The Akron Beacon Journal.

Council members Tara Samples and Veronica Sims unveiled signage that dedicated a portion of Fuller Street, between Fifth and Seventh avenues, where Ingram grew up, as James Ingram Way.

Ingram was a graduate of East High School’s Class of 1970. He had a successful career after moving to California, with solo ballads such as “Just Once” and radio hit “Baby, Come to Me.” He co-wrote Michael Jackson's hit song "P.Y.T. (Pretty Young Thing)" with Jones.

Throughout this career, he earned a pair of Grammy Awards and was also nominated for a Golden Globe and the Oscars, according to Rolling Stone.

He died on Jan. 29 at 66 after battling onset Alzheimer’s and Parkinson’s disease, according to a post on his Facebook page.