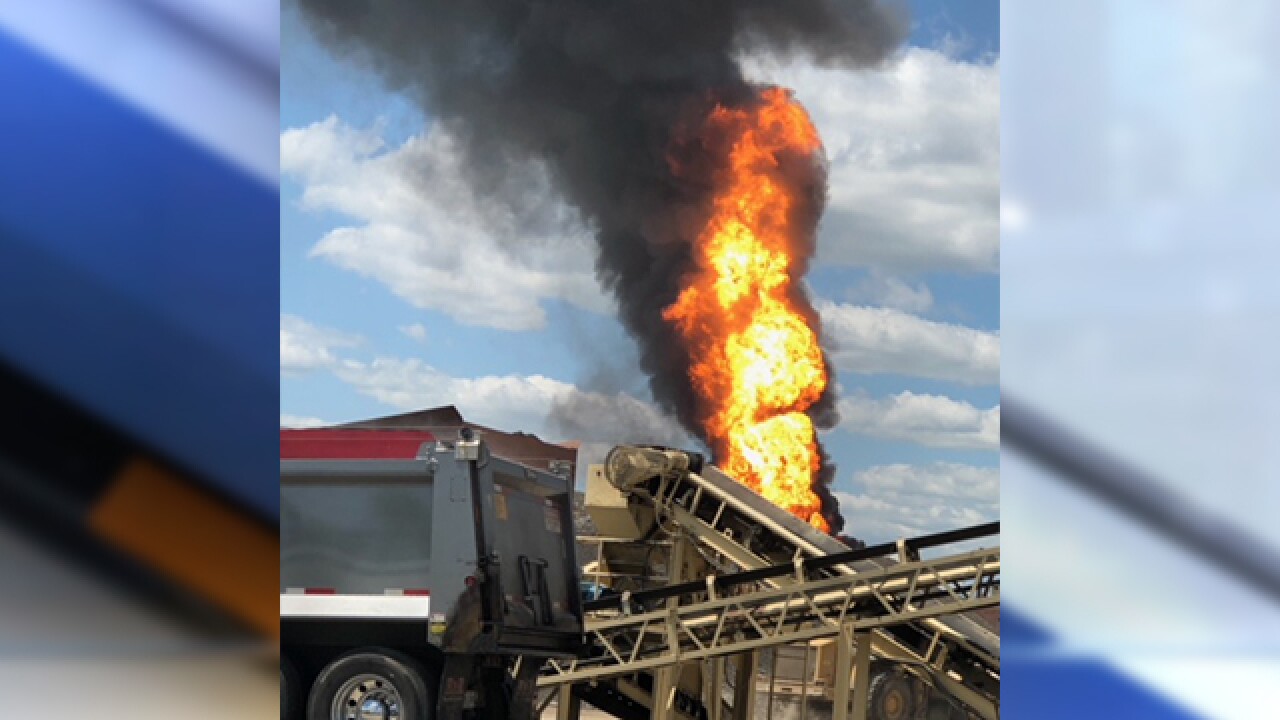 The Akron Fire Department and the Emerald Performance Materials plant will burn off the chemicals that are left from the explosion that rocked the facility and caused numerous evacuations across the city earlier this month.

The explosion happened due to the chemical butadiene being present in the building. The fire department and the facility will remove the remaining butadiene beginning Wednesday.

Butadiene is used to make rubber and is known to irritate the eyes, throat, nose and lungs.

Fire crews responded to explosion at chemical plant in Akron

The Akron Fire Department said Emerald Performance Materials, a chemical manufacturing plant, hired several third-party environmental experts, and it has been determined that the safest option is to burn off what is left of the chemical through a controlled and monitored process.

The process is expected to take 24 to 48 hours, according to the fire department.

Firefighters said the plan was reviewed by Akron Air Quality, Ohio EPA, the Akron Fire Department and the US EPA before it was finalized.

No health risks to the public are expected, and evacuations will not be needed, according to officials.

Residents may see smoke coming from the facility, according to authorities. Officials said residents may also see the glow from the controlled burn in the evening hours.

Emergency personnel will be on site as a precaution, and the air will be monitored throughout the process, according to the fire department.

If residents have questions about the process, they can call the Akron Fire Department at 330-375-2101.