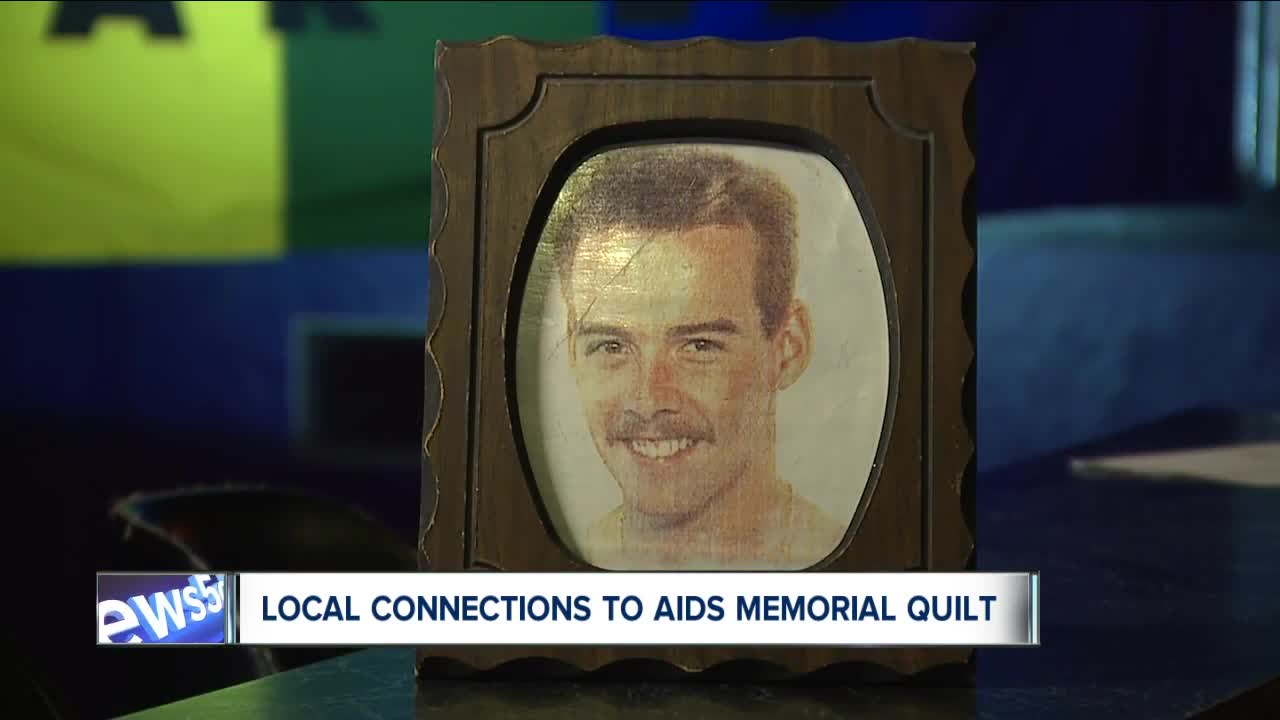 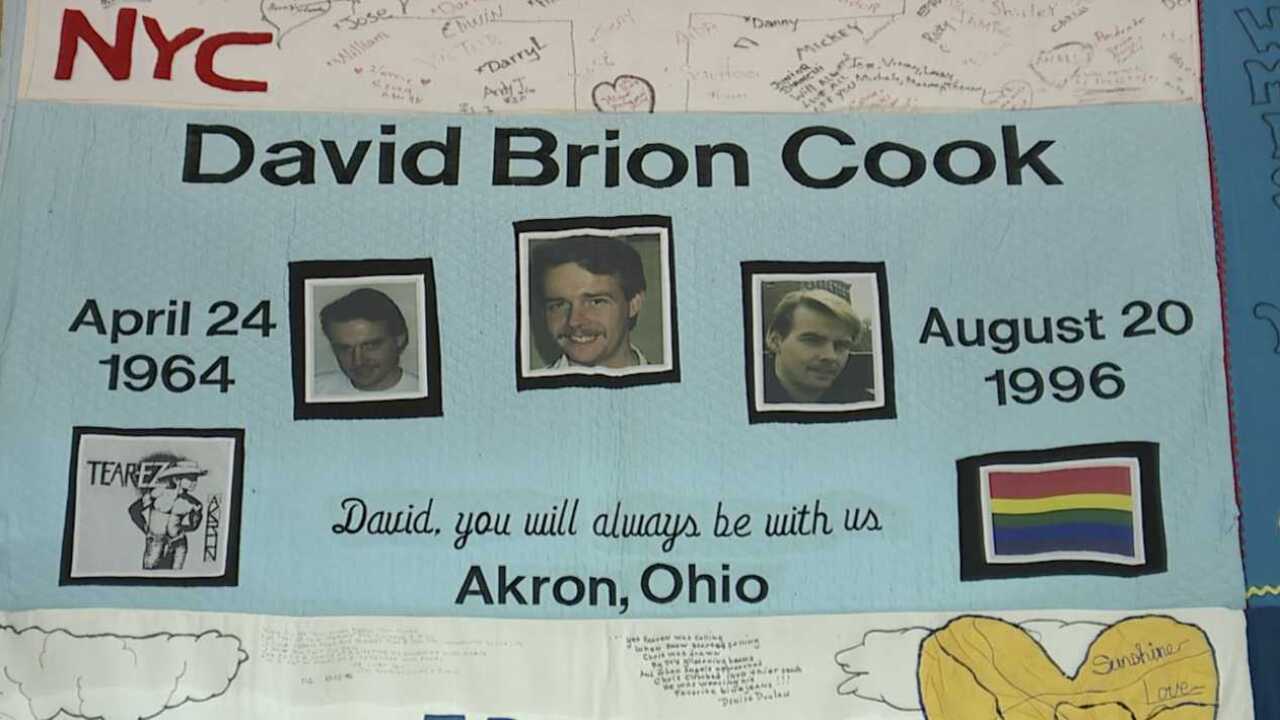 AKRON, Ohio — An AIDS quilt in Akron is memorializing a man who died of the disease 20 years ago.

"He was a wonderful person. He was a friend of ours, a friend of the community," said Steve Harger.

Harger remembers his good friend David Cook who died in the 90s.

"It really hit me to see him in the final days of his illness," said Harger.

To memorialize Cook the folks at the bar he used to own Tear-ez in Akron has raised money on what would have been his birthday for the last 23 years.

They donate all the proceeds to CANAPI , a local LGBTQ organization.

"We provide housing and supportive services to individuals living with HIV as well as HIV screening and testing and education to the community," said Rebecca Callahan, the executive director of CANAPI.

Cook doesn't just live on through his friends and family in Akron, people across the country know his name. He's one of more than 94, 000 people featured on the AIDS memorial quilt.

"The AIDS quilt started 30 years ago in San Francisco, it started with a 3x6 panel and now there's over 49,000 panels as part of the quilt," said Phil Montgomery, a member of the Akron Pride Steering Committee.

The quilt pays homage to the hundreds of thousands of lives during the AIDS epidemic. It's now estimated to weigh around 54 tons. Montgomery and others on the Steering Committee rented three of the quilts panels and hung them in the Summit County Courthouse.

"The quilt's more than names. These panels are put together again by friends, families, loved ones, lovers," said Montgomery. "It's articles of their clothing, it's actual pieces of them that were made to stitch these together."

You can see the panel with Cook and a few other Akron natives through Wednesday.