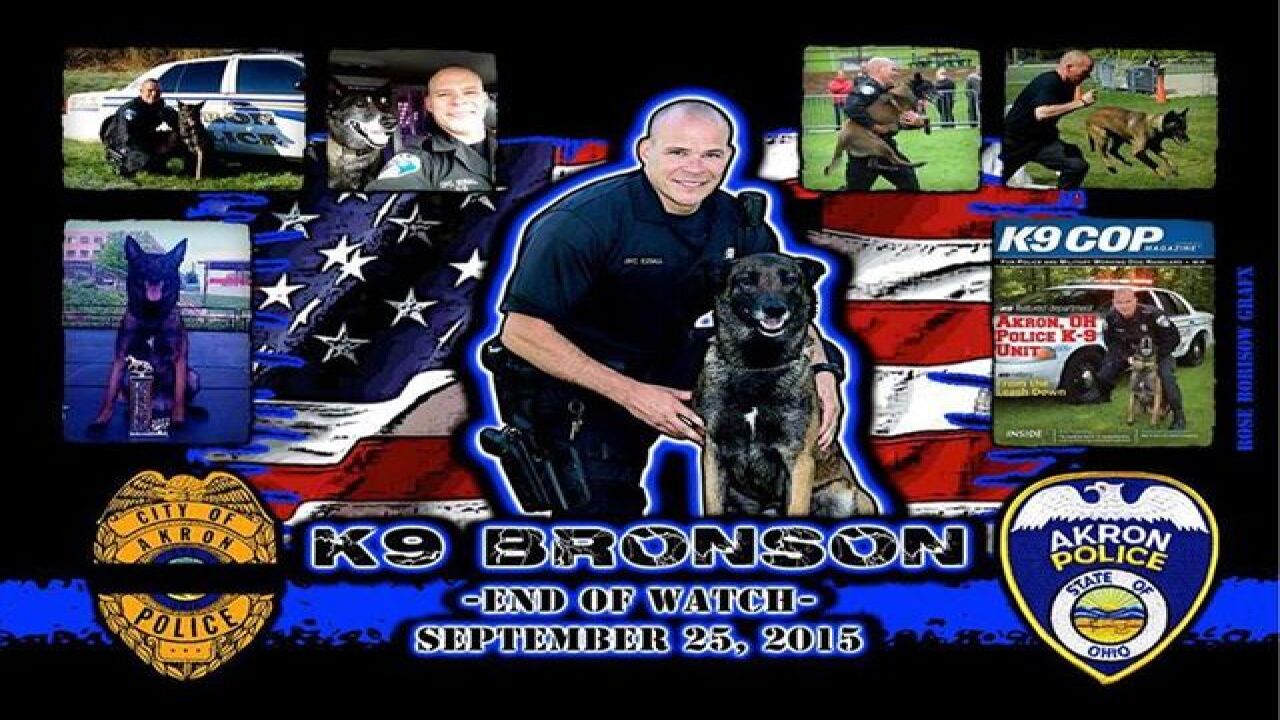 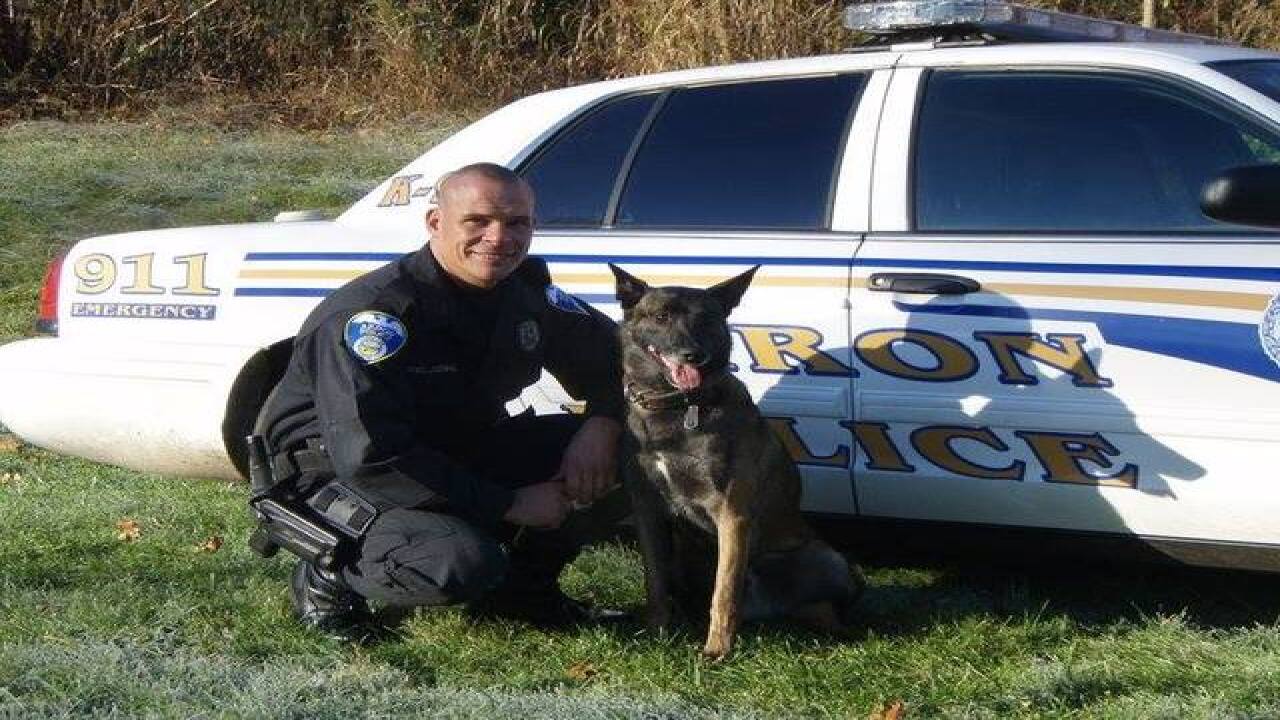 The Akron Police Department is mourning the loss of police K-9 "Bronson."

Akron PD posted photos of Bronson to their Facebook page telling followers the police dog passed away in his sleep Friday morning. The seven-year-old dog suffered from a hemangiosarcoma tumor on his liver.

During his time on the force, Bronson assisted officers in the arrests of several major criminals, including Kenan Ivery, the man charged in the murder of off-duty Officer Justin Winebrenner .

Akron K9, Bronson, Will Be Greatly MissedThe Akron Police Department is sad to announce the loss of one of its beloved...