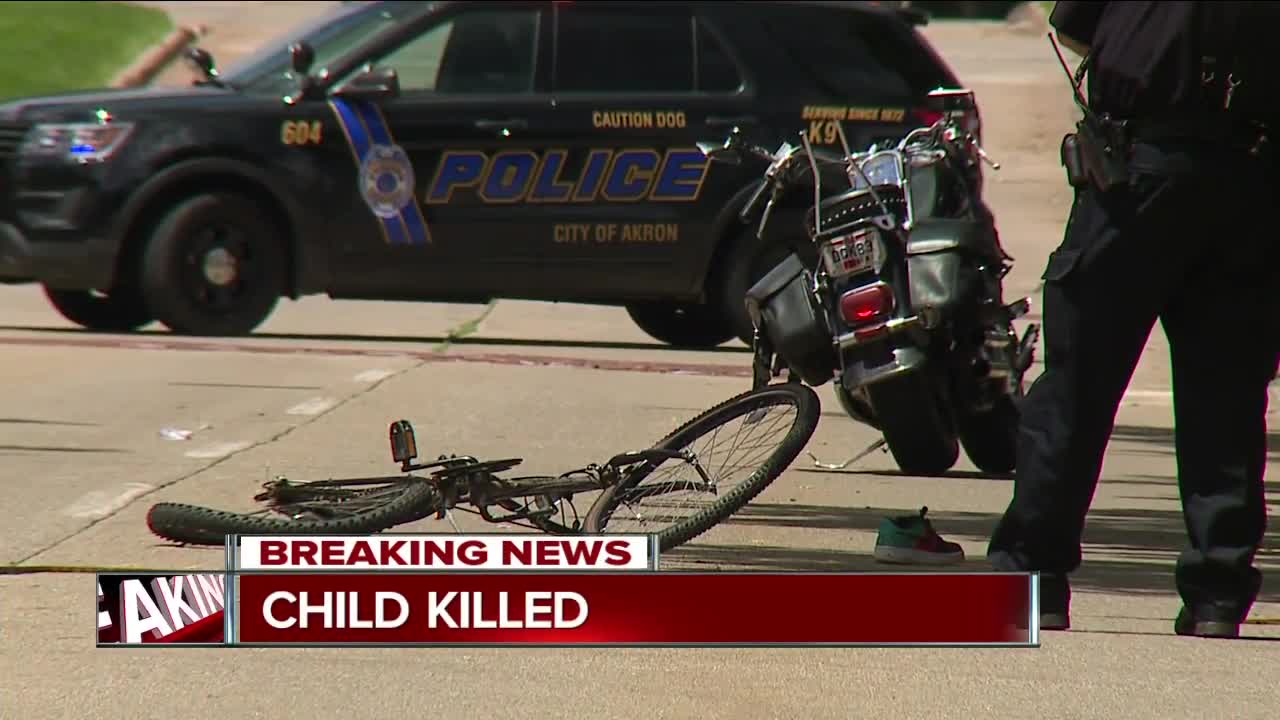 A boy riding a bicycle who was struck and killed by a motorcycle Friday morning in Akron has been identified as a 15-year-old from Copley. 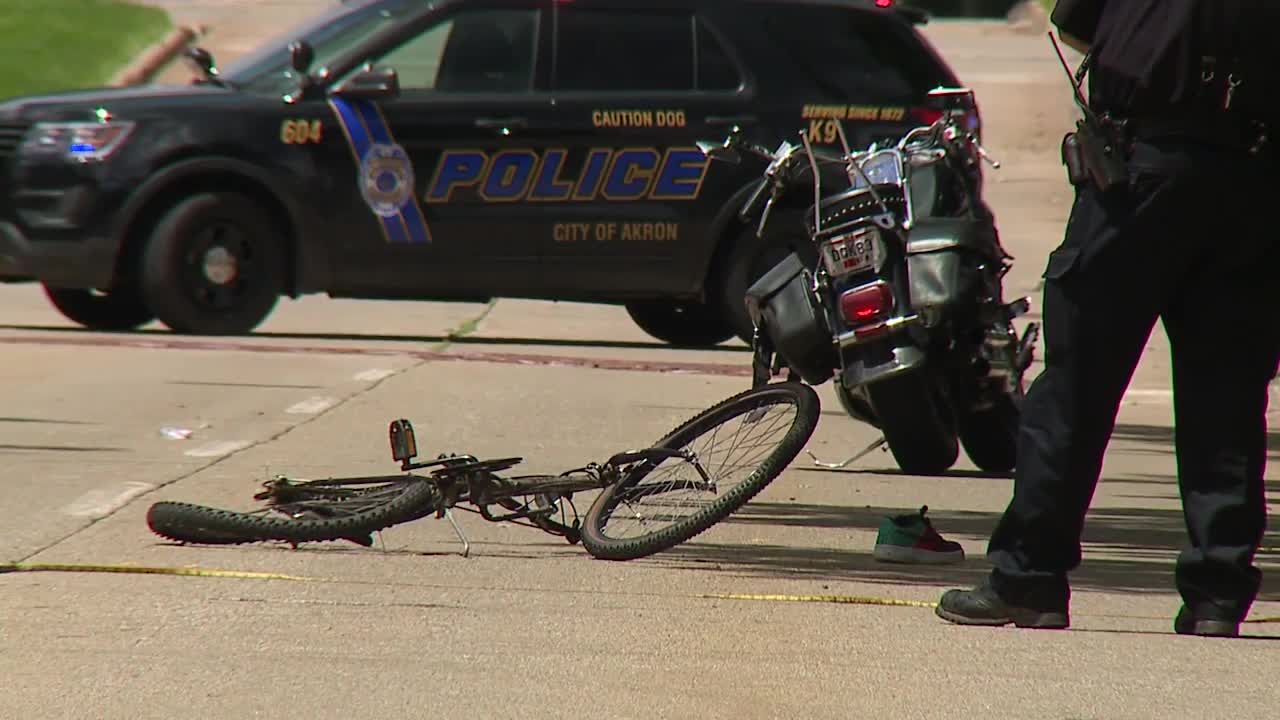 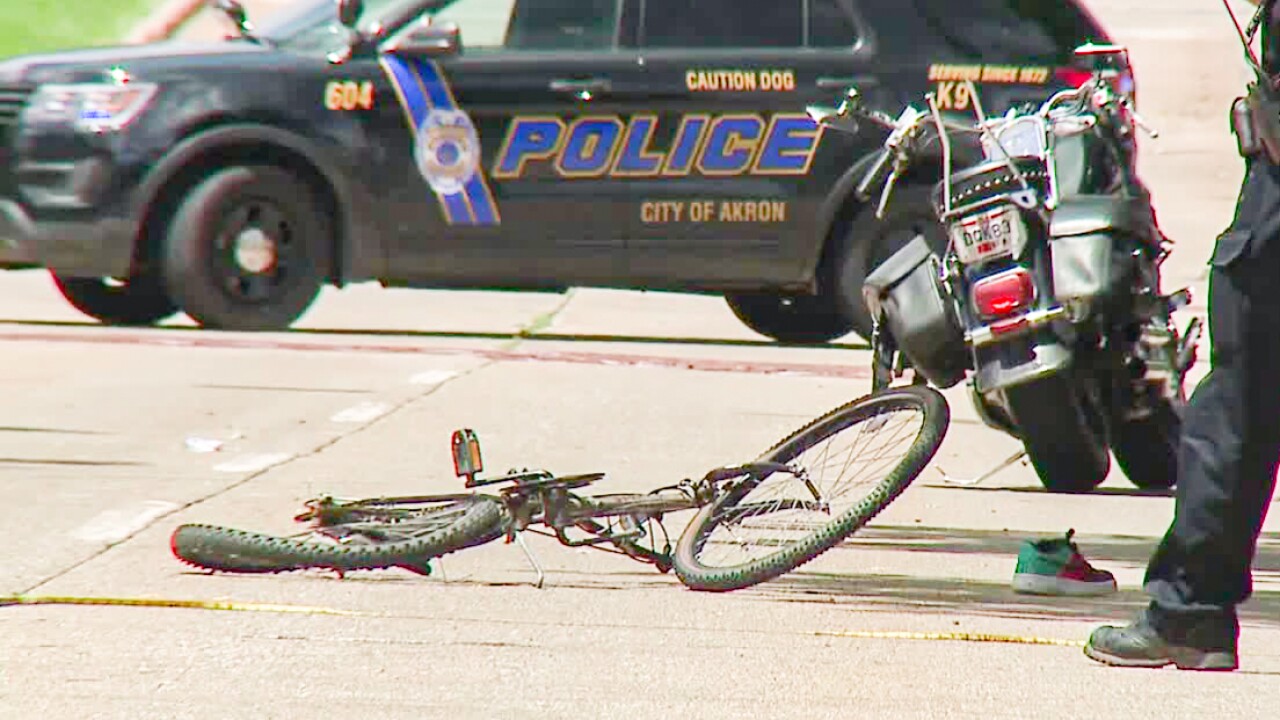 AKRON, Ohio — A boy riding a bicycle who was struck and killed by a motorcycle Friday morning in Akron has been identified as 15-year-old Damiyon L. Frazier from Copley.

The crash happened around 10:30 a.m. on West Bartges Street near LaSalle Drive.

According to Akron police, witnesses at the scene said three motorcycles were heading westbound on West Bartges Street when one of them struck the Frazier.

Frazier was pronounced dead at the scene, police said. Police were initially asking for the public's help to identify the boy, but at about 4:40 p.m., officials said he was positively identified. The Summit County Medical Examiner released Frazier's identity Friday night.

"I didn't know that one of them was a kid on a bicycle," said Donald Sommerville, who rushed with his wife to care for the boy after the crash. "He never moved from the time that he got hit, he never moved."

The motorcyclist, a 30-year-old man from Akron, was transported to a nearby hospital for treatment.

Authorities said that he was driving with a suspended license. No charges have been filed relating to the crash.

Lt. Edwards says the motorcycles were traveling too fast for the road they were on. That's not too surprising for Sommerville, who lives nearby.

"I always say, someone is going to get killed out here," said Sommerville. "You can hear them guys start at Dart [Avenue] and that's all you hear."