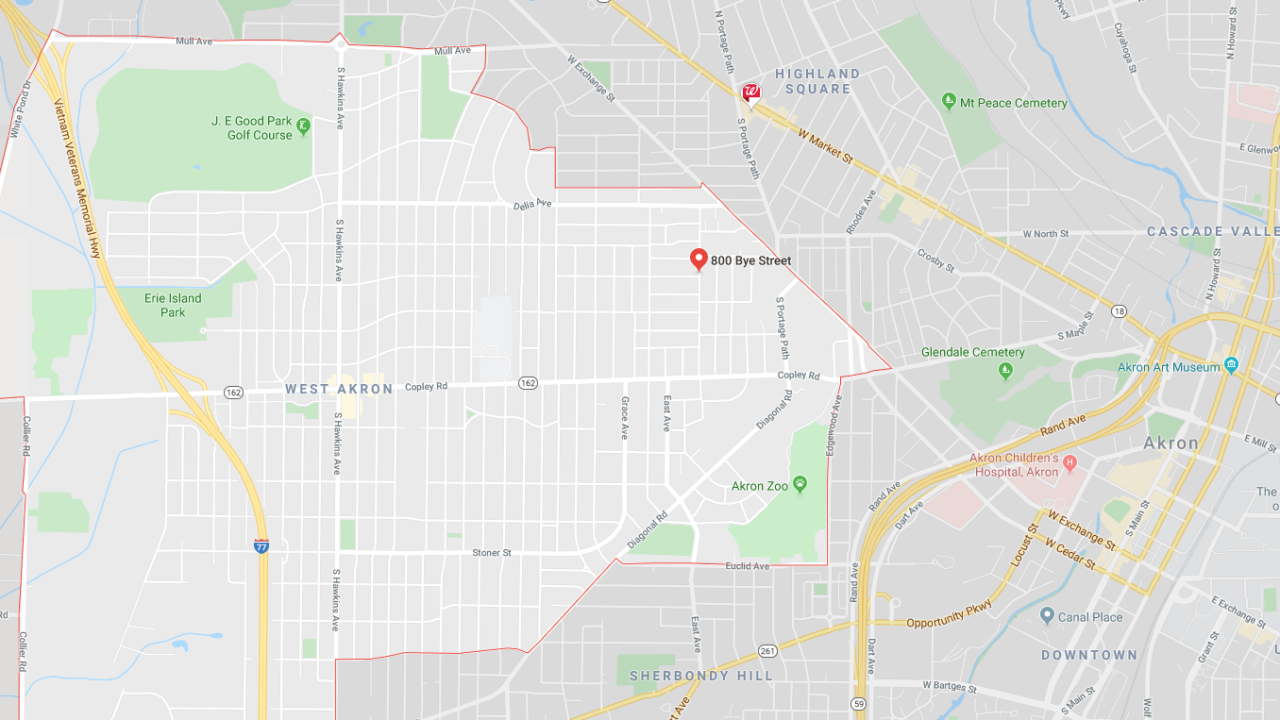 Google Maps.
Shots were fired into a home in the 800 block of Bye Street in Akron.

AKRON, Ohio — A 66-year-old man was at his Akron home with his 8-year-old granddaughter when someone fired several shots into the home, penetrating through the home’s exterior wall, according to Akron police.

Shortly after 6 p.m. on Sunday, officers responded to the 800 block of Bye Street for reports of shots fired.

The 66-year-old homeowner told police he was with his 8-year-old granddaughter when he heard the sound of several gunshots and glass breaking.

Officers found a bullet hole through the front door and found several other bullets went through the home’s exterior wall. Several shell casings were found at the scene.

Luckily, there were no injuries reported.

Police said no suspect information is available at this time.