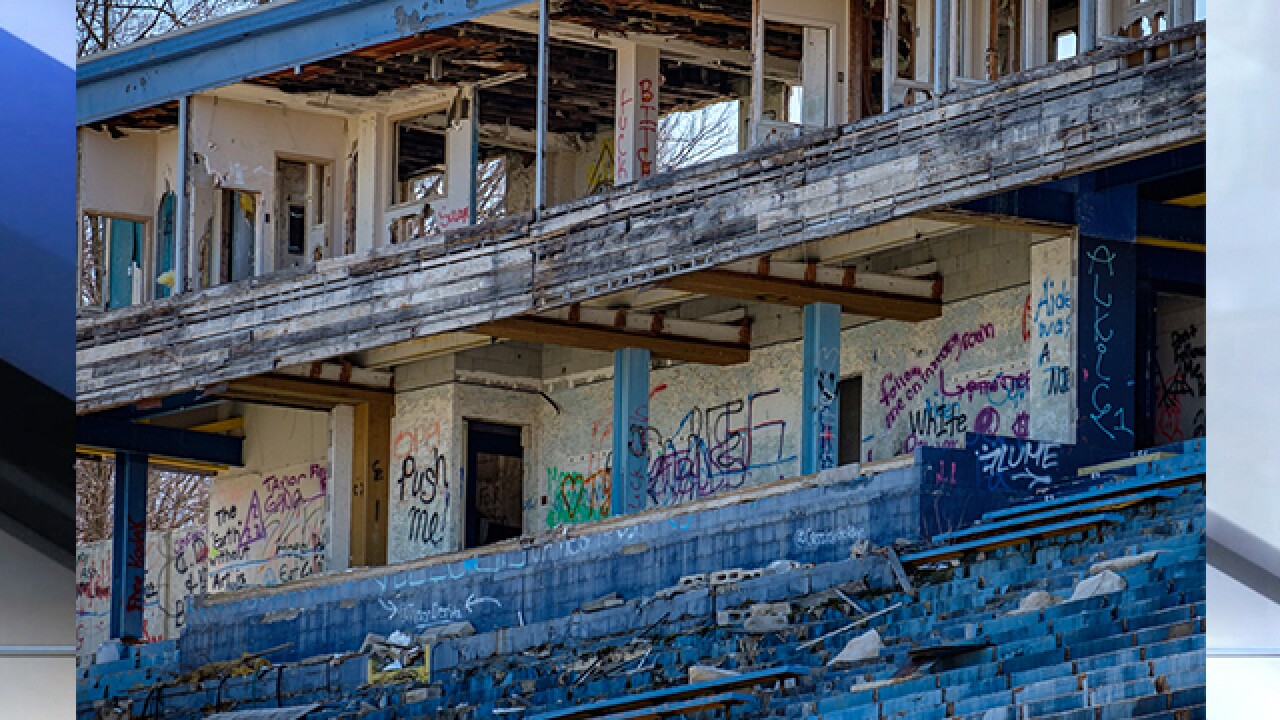 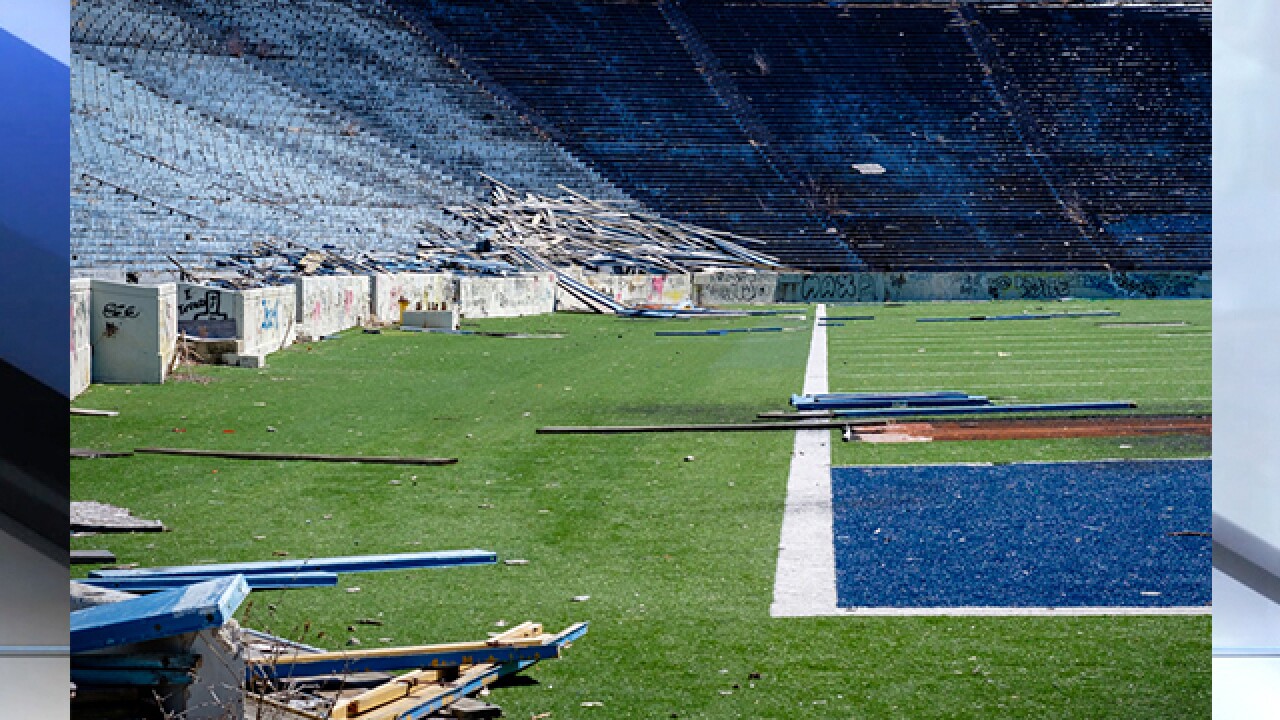 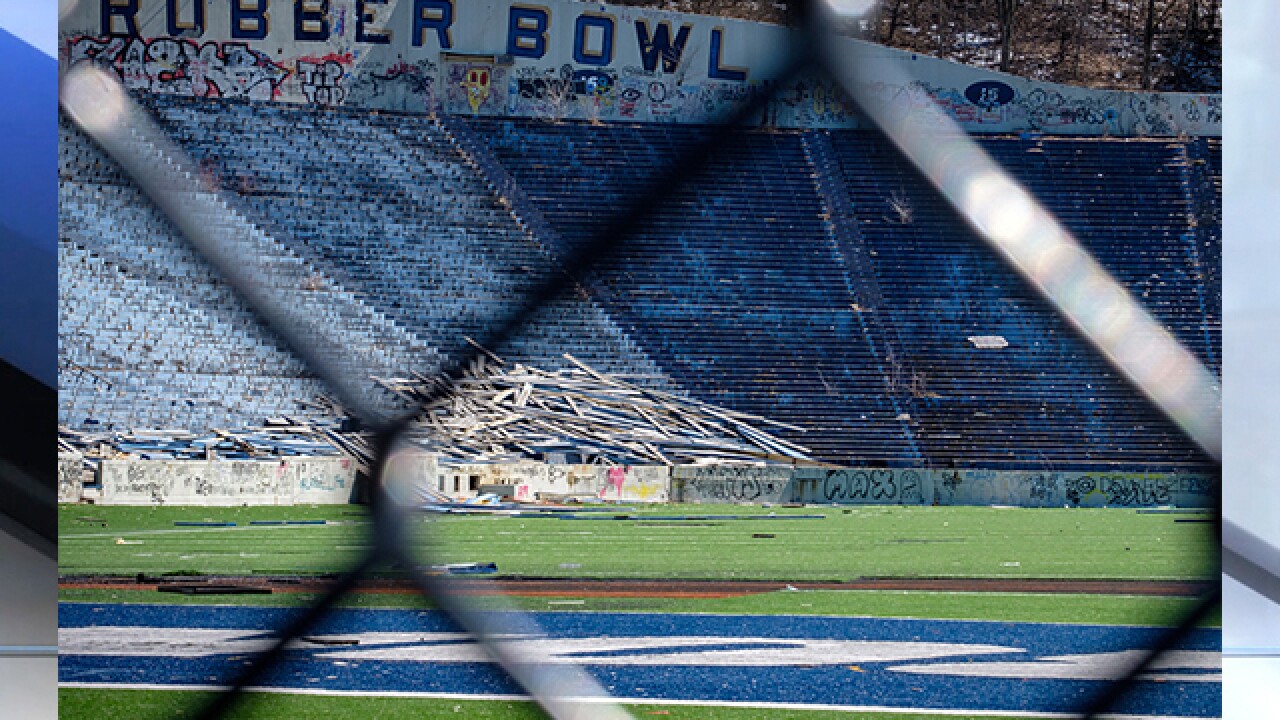 The city of Akron has announced plans to demolish the historic Rubber Bowl Stadium next week, citing a public safety risk to residents and the surrounding properties.

Built in 1940, the stadium served as the home for the Akron Zips football team until 2008. The stadium was condemned in 2017, according to officials.

Due to a limited budget, the initial demolition will only remove the scoreboard and the section next to Derby Downs. The partial demolition is estimated to cost around $200,000, officials said. It is expected to be completed by October.

“The demolition of the Rubber Bowl represents the end of an era,” Mayor Horrigan said. “Like many Akron residents, I have fond memories of attending football games and other events there throughout my life. However, the structure is well beyond repair and now poses a danger to the public. It's time for us to honor the rich history of the Rubber Bowl while making way for a safer and improved use for the site. We thank our state delegation and partners at the County for their partnership to support this necessary project.”