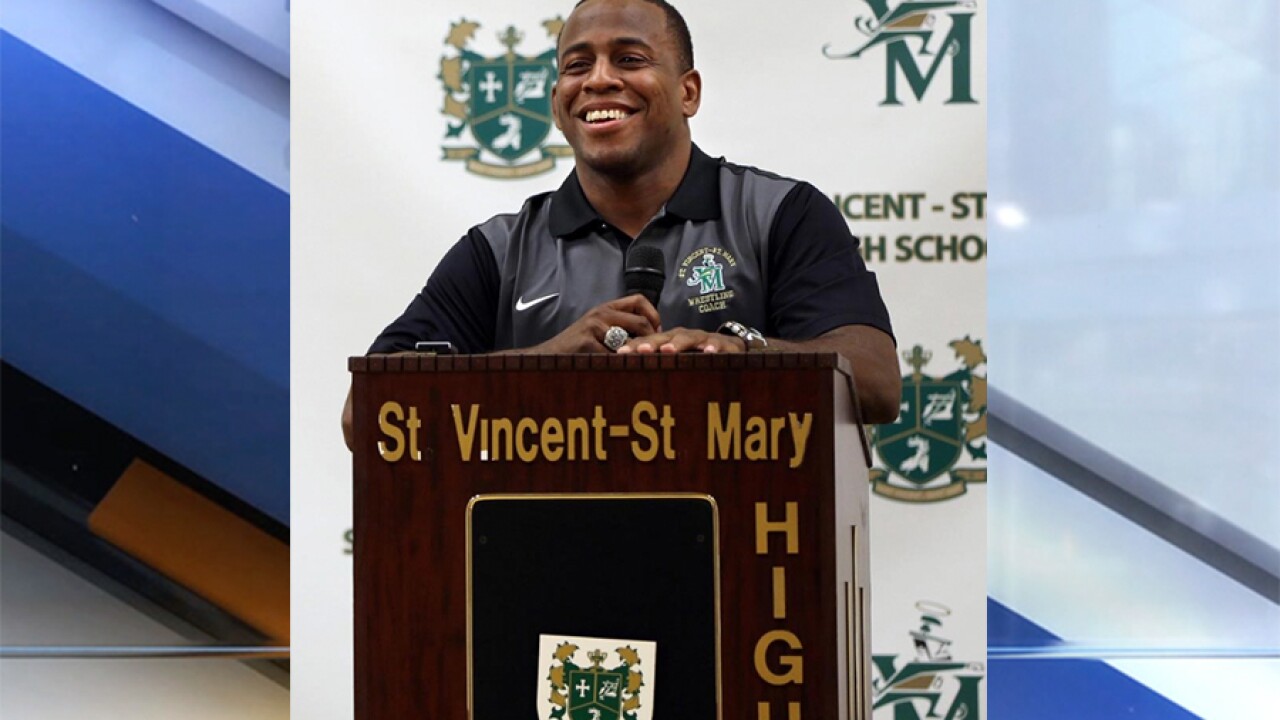 AKRON, Ohio — A wrestling coach from St. Vincent-St. Mary High School in Akron has been placed on unpaid administrative leave following allegations he had an inappropriate relationship with a student, according to News 5 Cleveland’s media partner Akron Beacon Journal/ Ohio.com.

Parents were notified of the situation regarding coach Harry Lester by a letter sent from school president Thomas M. Carone, Ohio.com reported.

Akron police are investigating the allegations.

The alleged relationship happened last year, and the student allegedly involved has since graduated, Ohio.com reported.

Anyone with information regarding the allegations is asked to call Akron Police Detective Gary Shadie at 330-620-4927.

According to Ohio.com, Lester is a 2012 Olympian and world bronze medalist. He competed on the U.S. World Team eight times and was the winner of six U.S. Open championships.

Lester has been a wrestling coach with the district since April 2016, Ohio.com reported.