Being deaf is no obstacle for Akron teen who plays piano 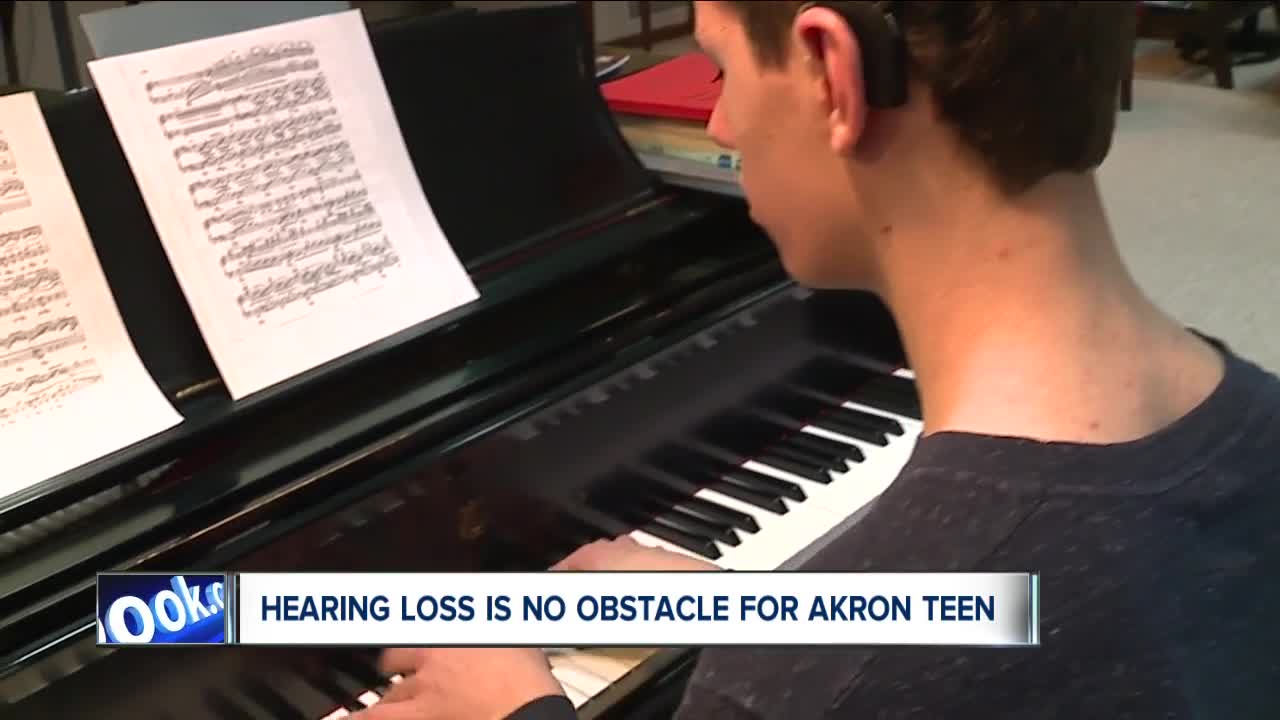 At 15 years old, Camden Moore is a talented piano player, with one small thing that sets him apart from many other musicians. 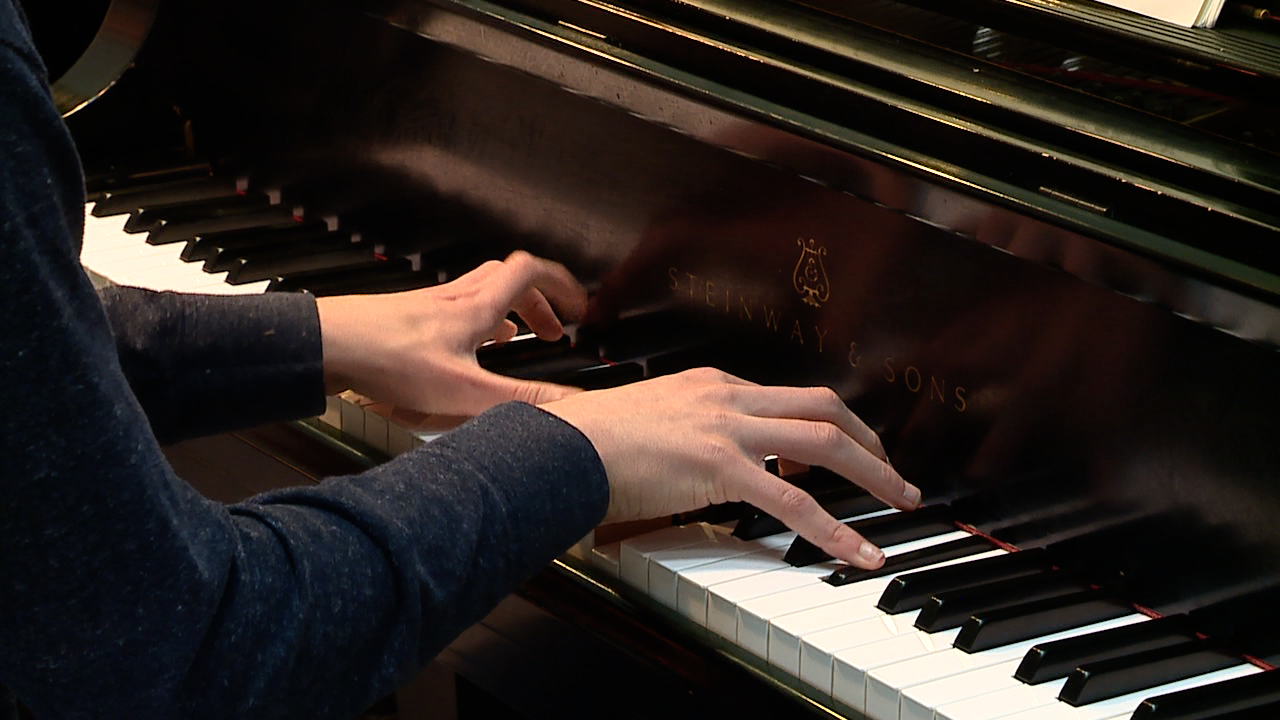 AKRON, Ohio — At 15 years old, Camden Moore is a talented piano player, with one small thing that sets him apart from many other musicians.

Camden started losing his hearing at two years old, according to his mother, Deanna Moore. By age four, he had lost all of his hearing. He got his first cochlear implant just after turning five and the second one about six months later.

“I personally have always loved music. I was a music major myself in college,” Moore said. “So when I was told that he had hearing loss, I just thought that was a world that wasn’t going to be open to us, and I mourned a little bit. But I was wrong, I was really wrong.”

Moore said she was “hesitant” to put Camden in music lessons because of his hearing loss.

“But my mother-in-law had a piano, and every time we would visit her house, he would just play on it,” Moore said. “He was very attracted to it, even before he started taking lessons. He just really always wanted to be playing it. And so she suggested we sign him up for lessons, and we did.”

At eight years old, Camden began taking lessons from Philip Nagashima, who is still his piano teacher seven years later. Nagashima said that while Camden’s cochlear implant was unique, that didn’t create problems while teaching him. The bigger issue, he said while laughing, was that Camden “couldn’t sit still.”

Like other talented students, Nagashima said Camden can be challenging to teach at times.

“Most of the time I have to tell him, ‘Practice slowly,’” Nagashima said. “But at the same time I don’t want to suppress his passion, so the balance is very difficult.”

He said he wants Camden to continue playing piano and to be an inspiration for other children with cochlear implants who might see his success.

Camden doesn’t see himself as someone with a disability, despite his cochlear implants, and he doesn’t remember losing his hearing.

“I do remember having hearing aids, which honestly, they didn’t really help at all, they just kind of really blurred sound together for me,” Camden said.

When he first got a cochlear implant, Camden said, “it really didn’t work since I had been deaf for three years. And this whole new world had opened to me and my ears weren’t exactly trained yet, so everything sounded like robots. It just sounded all blurred together and not really clear.”

But then his grandmother decided he should learn piano to help him differentiate sounds correctly.

“She found out that most deaf people, they cannot differentiate a white key from a black key, and I can differentiate those different pitches, which most people with a cochlear implant cannot do,” Camden said. “I definitely think piano has helped me in terms of being able to hear better.”

“We love it,” Moore said. “There is always music in our house. It is never quiet until people are asleep in our house. Sometimes it can be a little overwhelming with all the noise, but when you think of what it is and how much meaning it has for their life and how much joy it brings him, it just never bothers me.”

She described Camden as a boy “obsessed with music.”

“He’s a kid that comes home from school, drops his backpack on the floor and runs to the piano,” Moore said. “Or he wakes up in the morning, he puts his cochlear implants on and he runs to the piano. It’s how he spends his time. It’s something he enjoys immensely.”

Camden is grateful for cochlear implants and the world they’ve opened up for him.

“I could not imagine life without these at all,” Camden said. “My life would be entirely different.”

Asked if there were any challenges with having cochlear implants and being a musician, Camden said he couldn’t think of any.

“If anything, it’s been like a blessing maybe, since I’m able to turn off sound at any moment I want, which is really nice, especially when I’m in an argument with my brother,” Camden said.

His mother is grateful, too.

“So grateful and so thankful for the technology that has allowed him to have this passion in his life, because it would not have been possible, even 25, 35 years ago, so it’s just really, it truly is a miracle. Truly,” Moore said