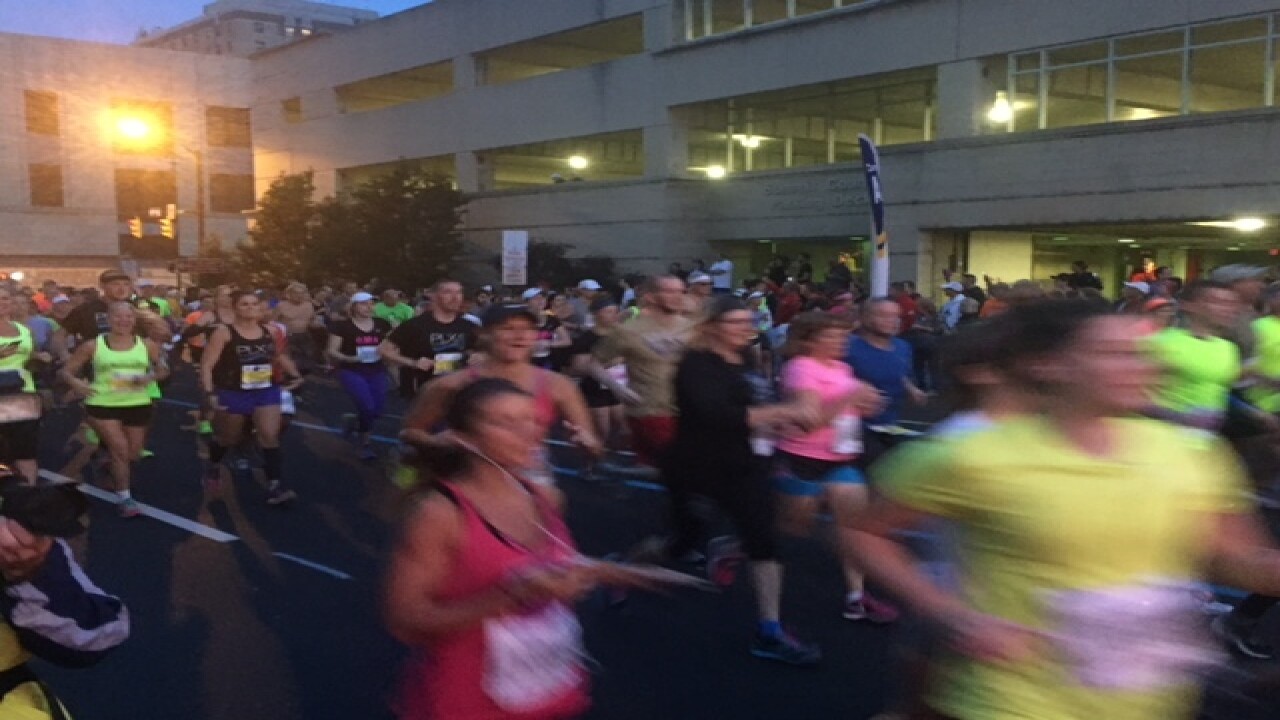 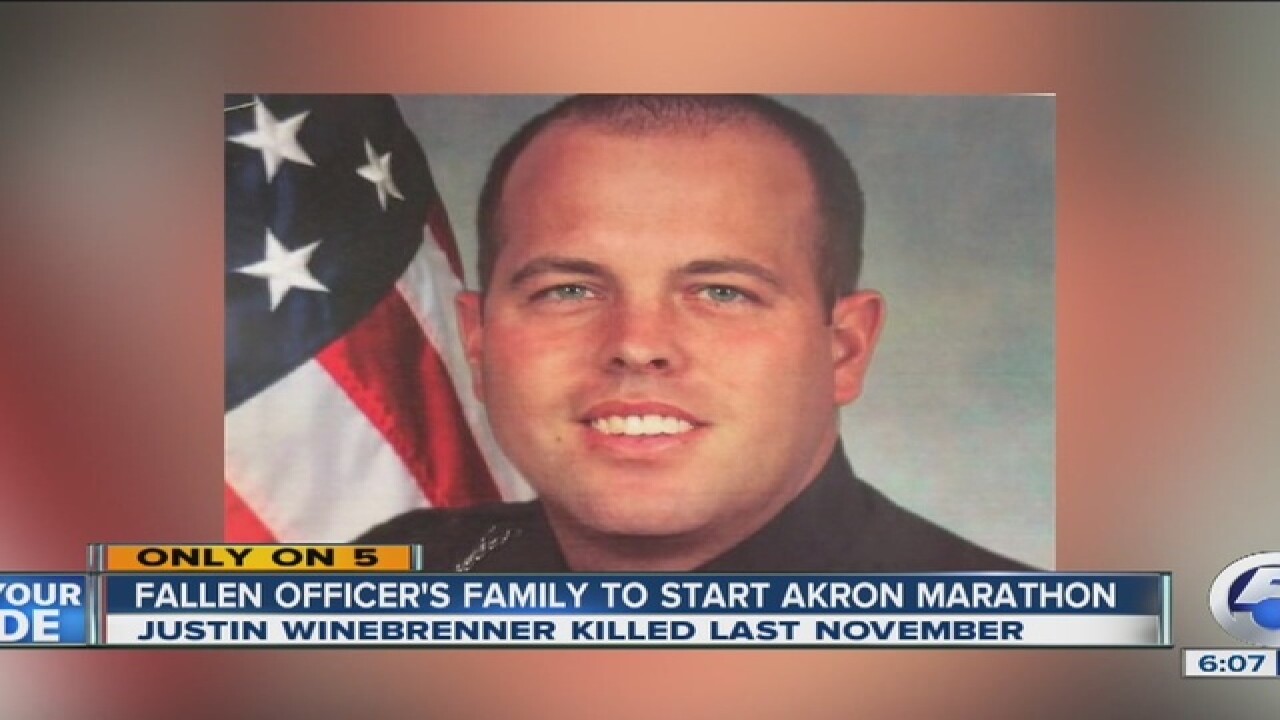 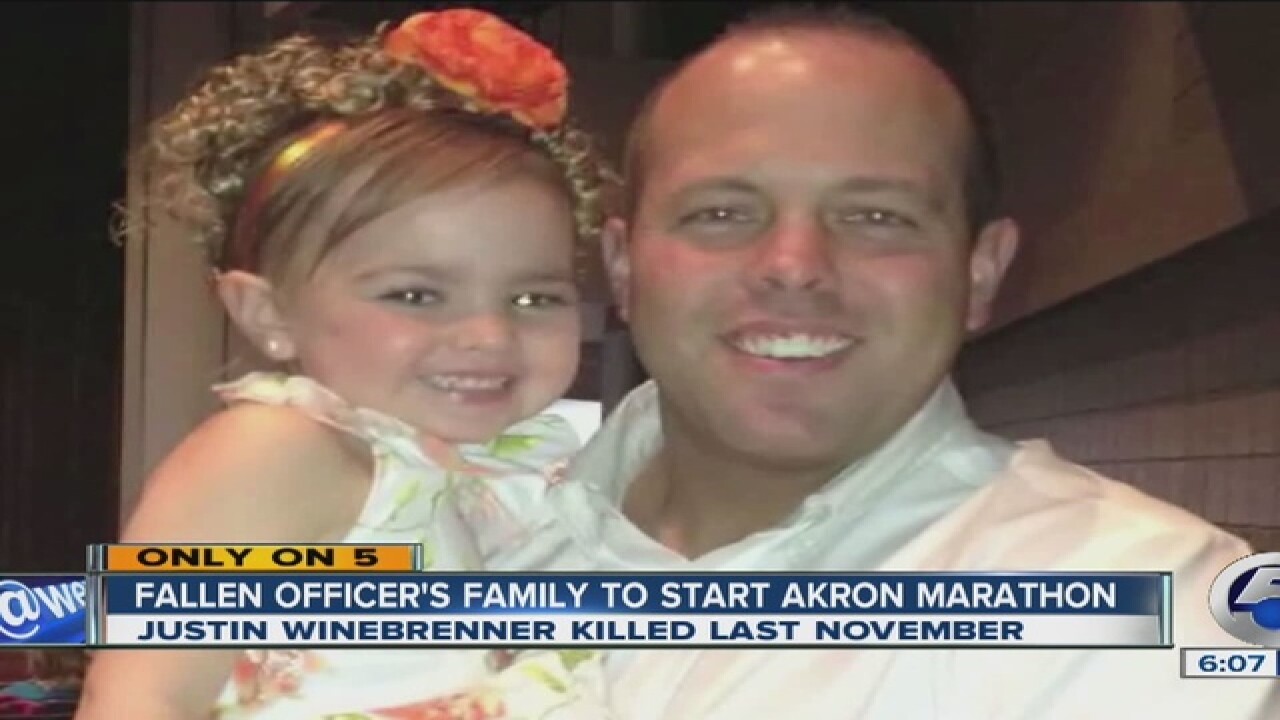 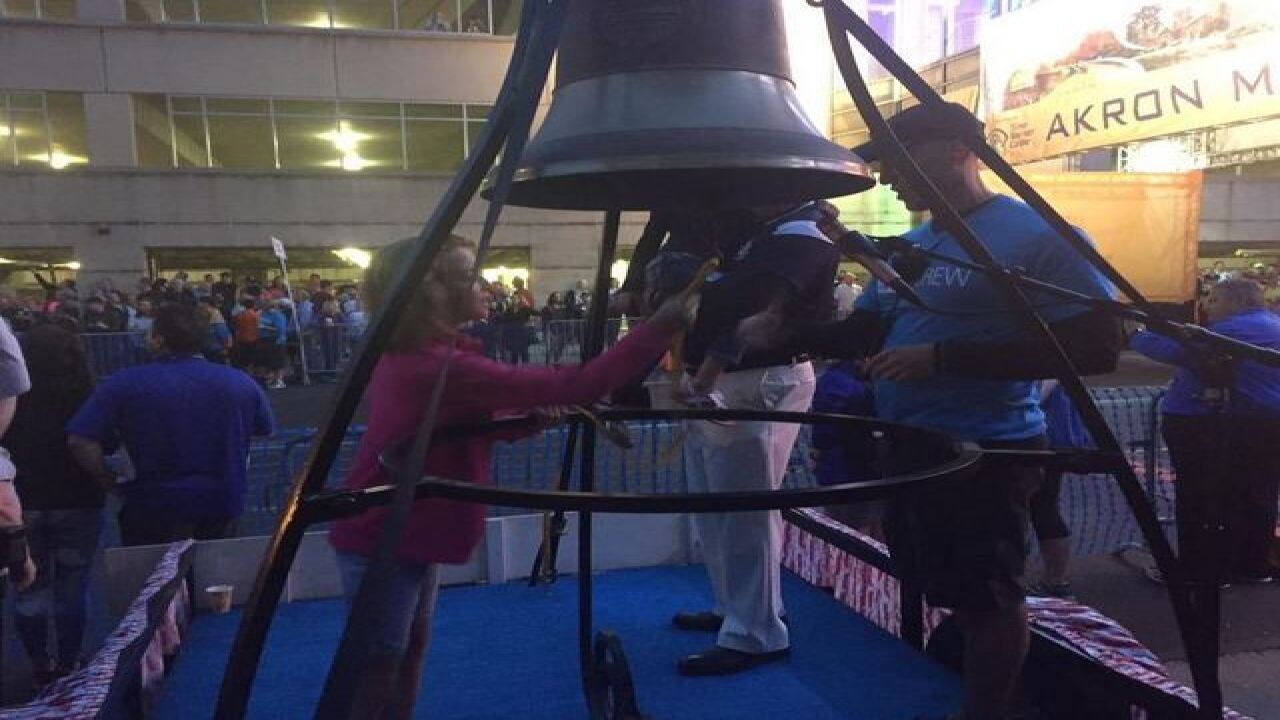 The start of the Akron Marathon featured an emotional moment as the family of fallen police officer Justin Winebrenner rang a large bell to get 15,000 runners moving Saturday morning.

Winebrenner's daughter, Charlee, and his father, Rob Winebrenner, were asked to start the 13th annual race as a tribute to the Akron police officer who was killed last November .

The bell clanged for several minutes and the Winebrenner family smiled and waved as the runners began their marathon, half marathon or relay journey through city streets.

"I consider it a big honor," Rob Winebrenner said. "We'll be there to sail the runners off and we'll be cheering for them when they come in."

Justin Winebrenner, who was off-duty, was shot and killed while trying to protect other customers from a gunman inside Papa Don's Pub on East Market Street, investigators said.

The accused killer, Kenan Ivery, is scheduled to stand trial next Monday and could face the death penalty if convicted.

Rob Winebrenner plans to be at the trail daily. It could last several weeks.

The Akron Marathon took on extra meaning for the Winebrenner family because the new start is located on High Street right in front of the Akron Police Department.