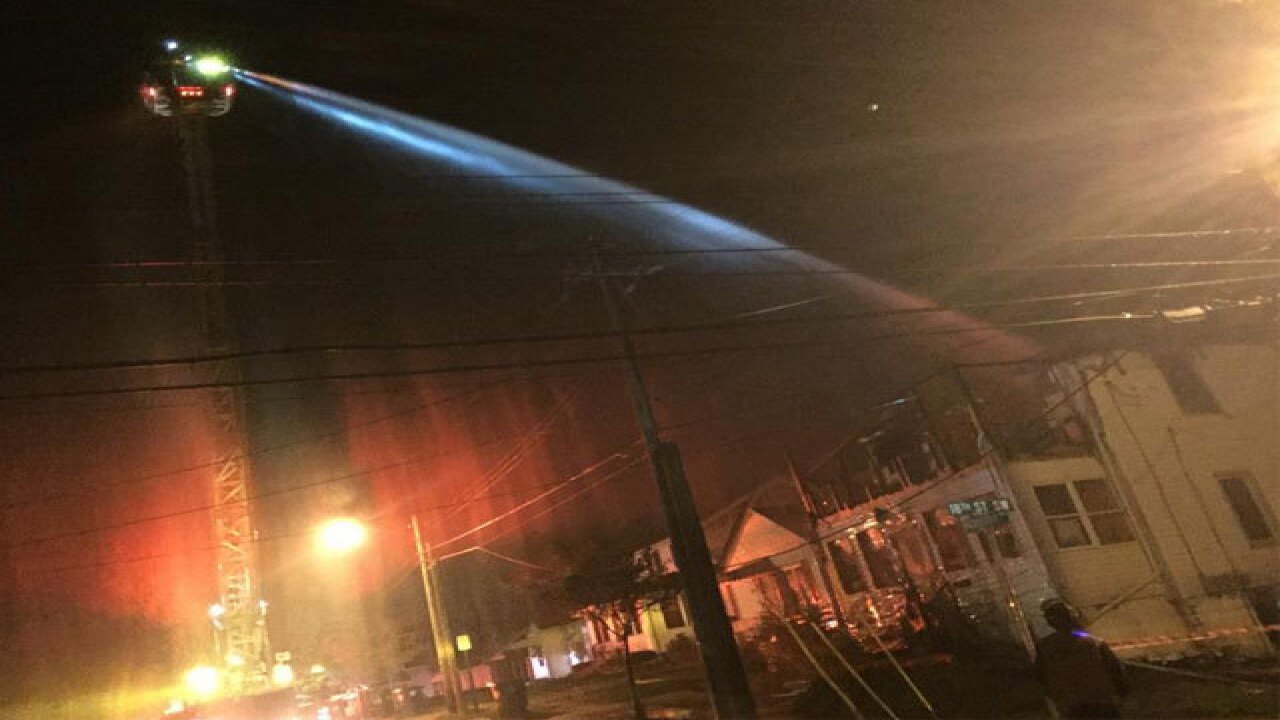 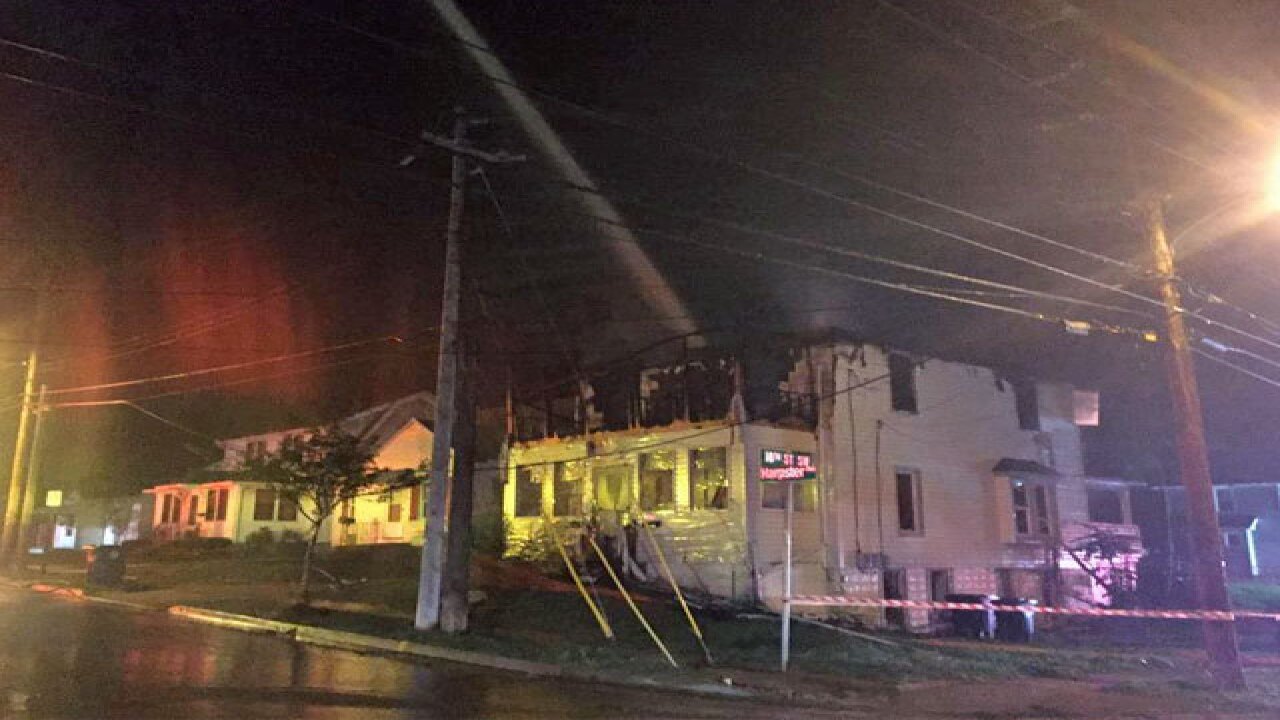 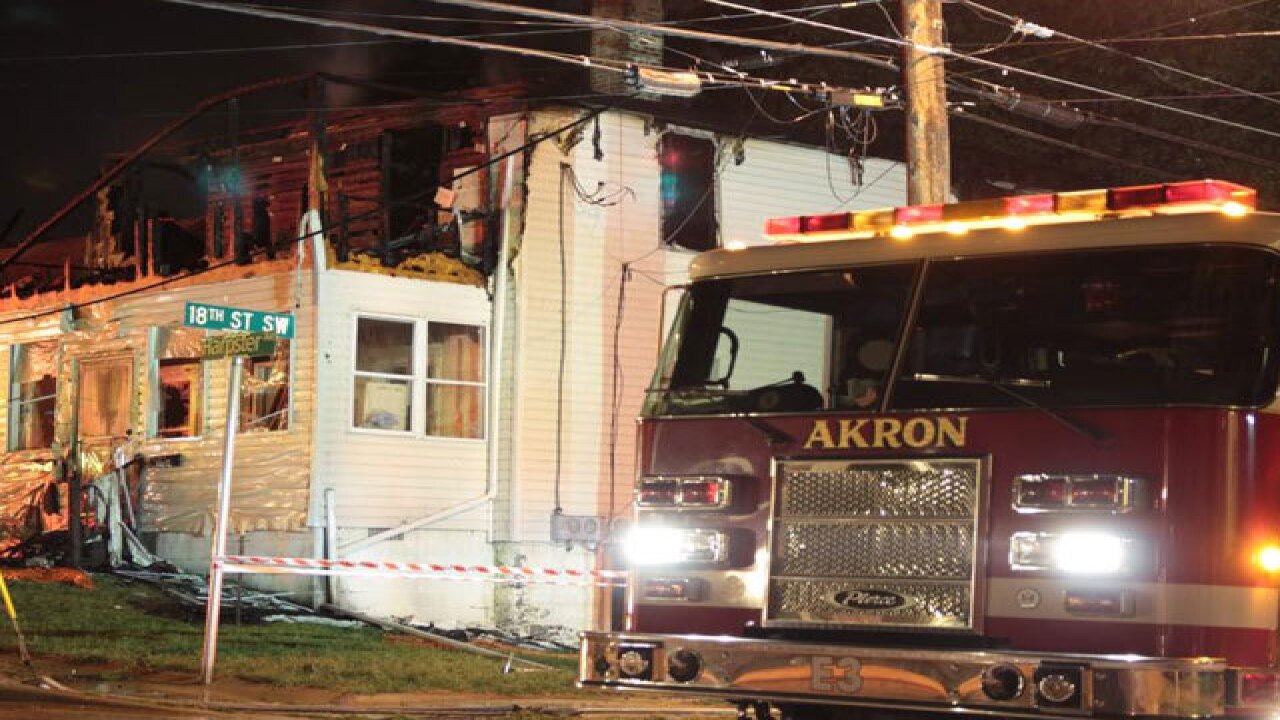 A home on Harpster Avenue in Akron caught fire Friday for the second time this month.

The vacant home was fully engulfed in flames when crews arrived, causing the roof to collapse.

Firefighters said it was unsafe to enter the home, so they used a ladder truck to put out flames.

However, the extreme heat from the blaze caused damage to surrounding homes, including melted siding on two houses in the area.

An arson investigator at the scene found an empty gas can right inside the front door of the home. He has not yet made an official ruling on the cause.

The home previously caught fire on or around Sept. 3, authorities said.

18th Street SW is closed between Idaho and Chandler avenues while fire crews clean up.