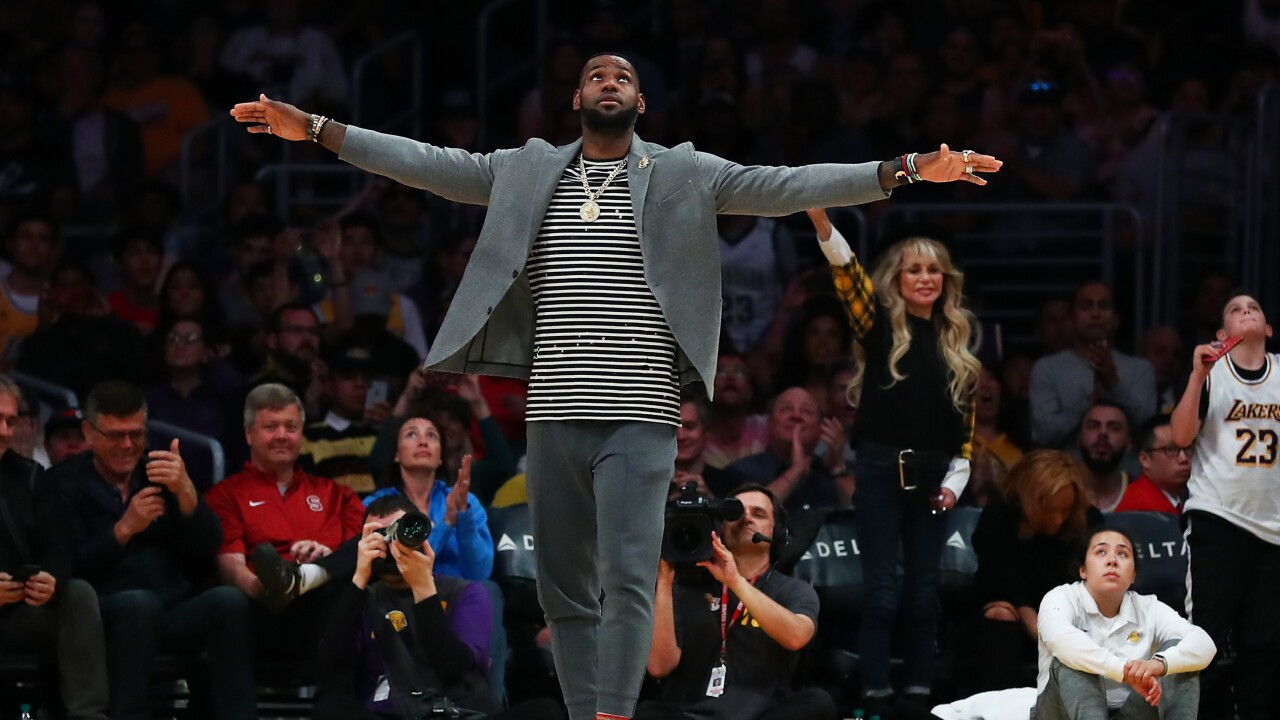 Yong Teck Lim/Getty Images
LOS ANGELES, CALIFORNIA - APRIL 07: LeBron James #23 of the Los Angeles Lakers celebrates after a play against the Utah Jazz during the second half at Staples Center on April 07, 2019 in Los Angeles, California. NOTE TO USER: User expressly acknowledges and agrees that, by downloading and or using this photograph, User is consenting to the terms and conditions of the Getty Images License Agreement. (Photo by Yong Teck Lim/Getty Images)

CLEVELAND — Hometown hero, king of the court and philanthropist LeBron James made Time Magazine's "100 Most Influential People of 2019" list, again.

This year's entry focused more on his achievements in the community rather than his milestones on the court.

"Early heroes will mold a person’s future. LeBron has justified the adulation of millions and millions of young people, thanks to his ability to live up to enormous expectations on the basketball court, his business successes in Hollywood and media, and his new I Promise School for disadvantaged kids in his hometown of Akron, Ohio. That adulation will make a positive difference in their lives. And you know what else is exciting? As great as he has been so far—on and off the court—you’re just seeing the start of LeBron," wrote Warren Buffet for Time.

Before the list came out, James also made headlines after news broke that his recently-opened school is proving effective for students.

In a New York Times article, the inaugural classes of third and fourth graders at his I Promise School are making academic progress by making "extraordinary results in their first set of district assessments."

PROUD ‼️‼️‼️ is an understatement. Kids you are smart, amazing, talented, and nothing short of INSPIRATIONAL! Teachers & all the staff ❤️❤️ ya’ll are the right ones, the real ones on this journey changing lives & numbers don’t lie 🤷🏾‍♂️ Let’s keep GROWING 💪🏾 @ipromiseschool 🚀 pic.twitter.com/fQcmcNRBKQ

The school’s goal is to keep students on a path to not only a high school degree but a college education at the University of Akron.

As in previous years, Time assigned a number of marquee names to write about the 100 people who graced the 2019 list. Among the list is Nancy Pelosi, Donald Trump, Alexandria Ocasio-Cortez, Robert Mueller and Taylor Swift, to name a few.