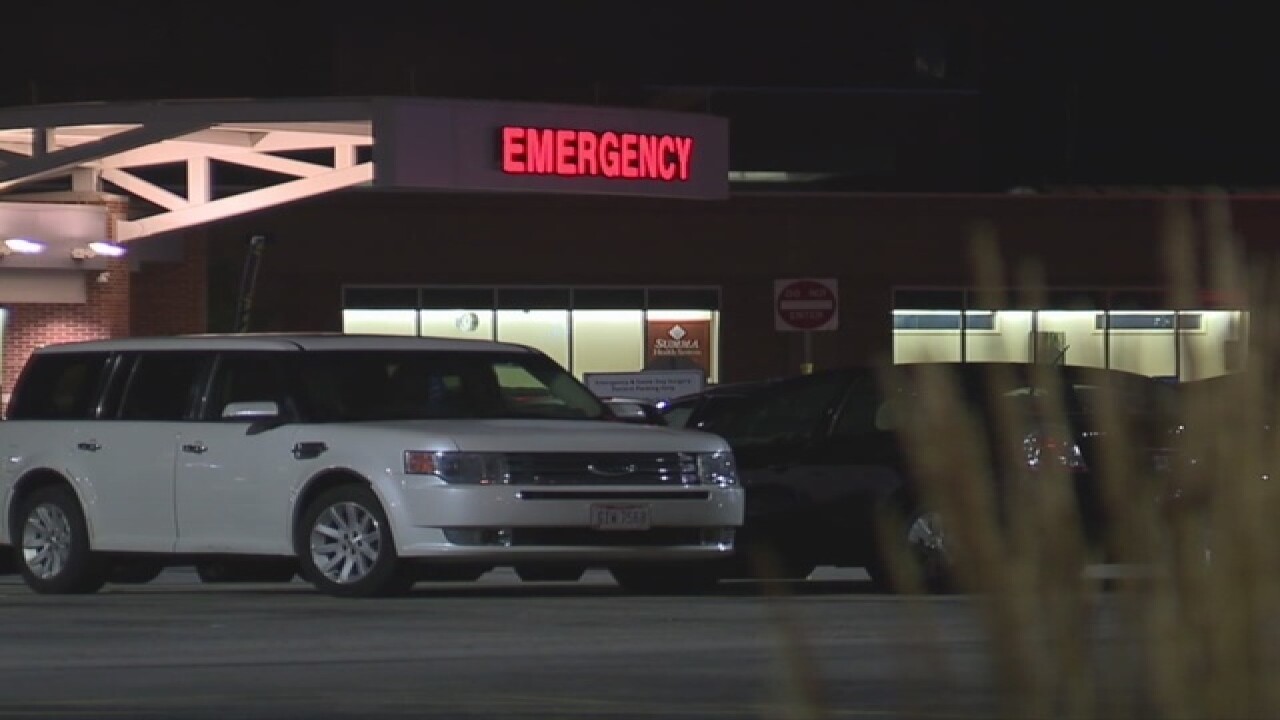 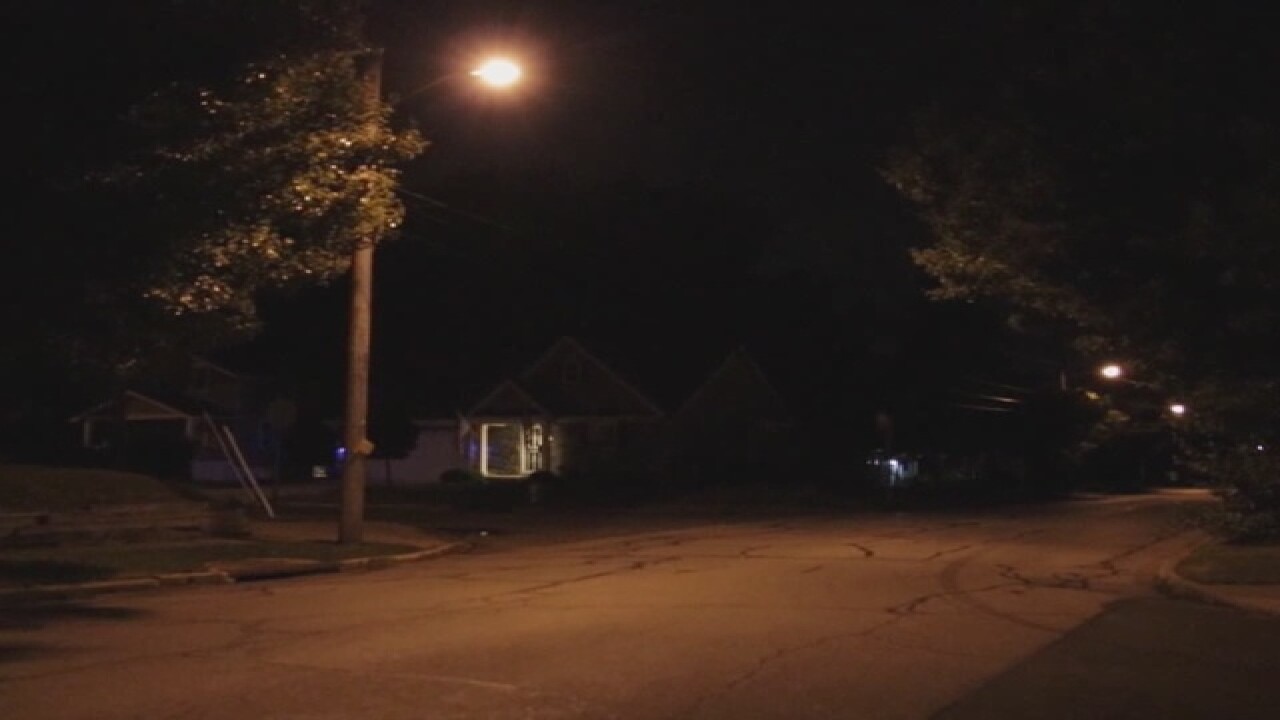 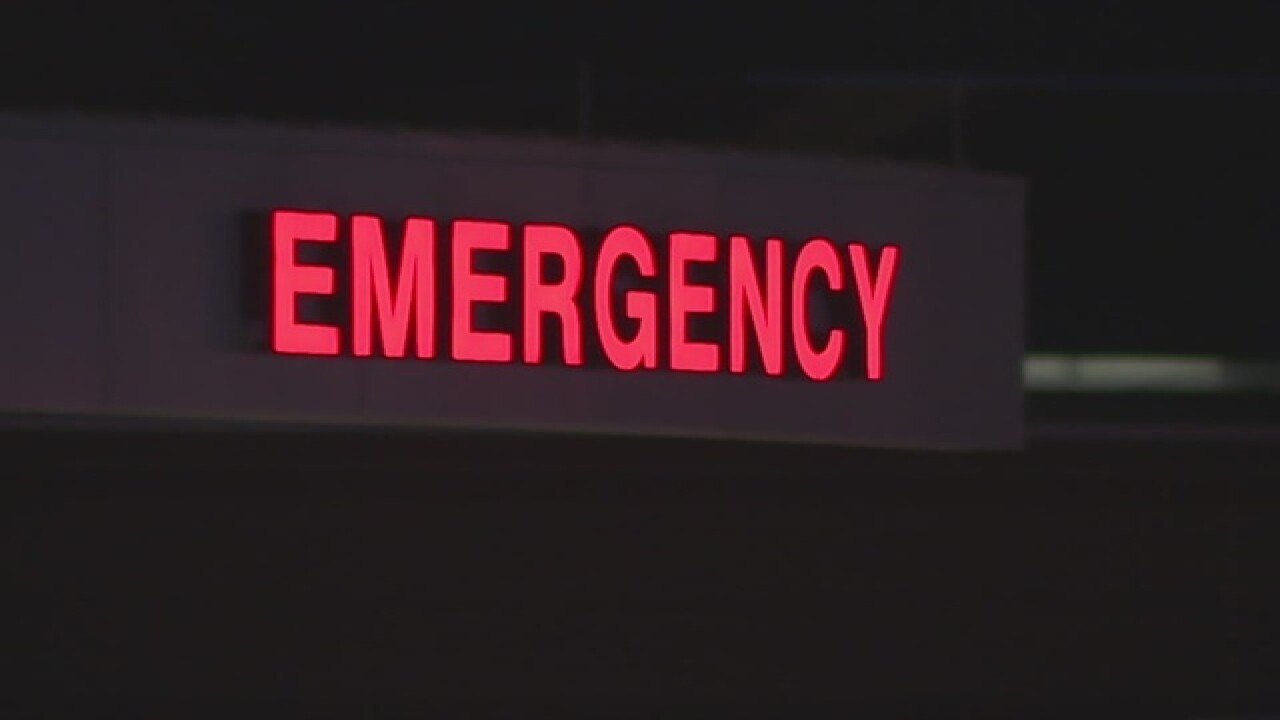 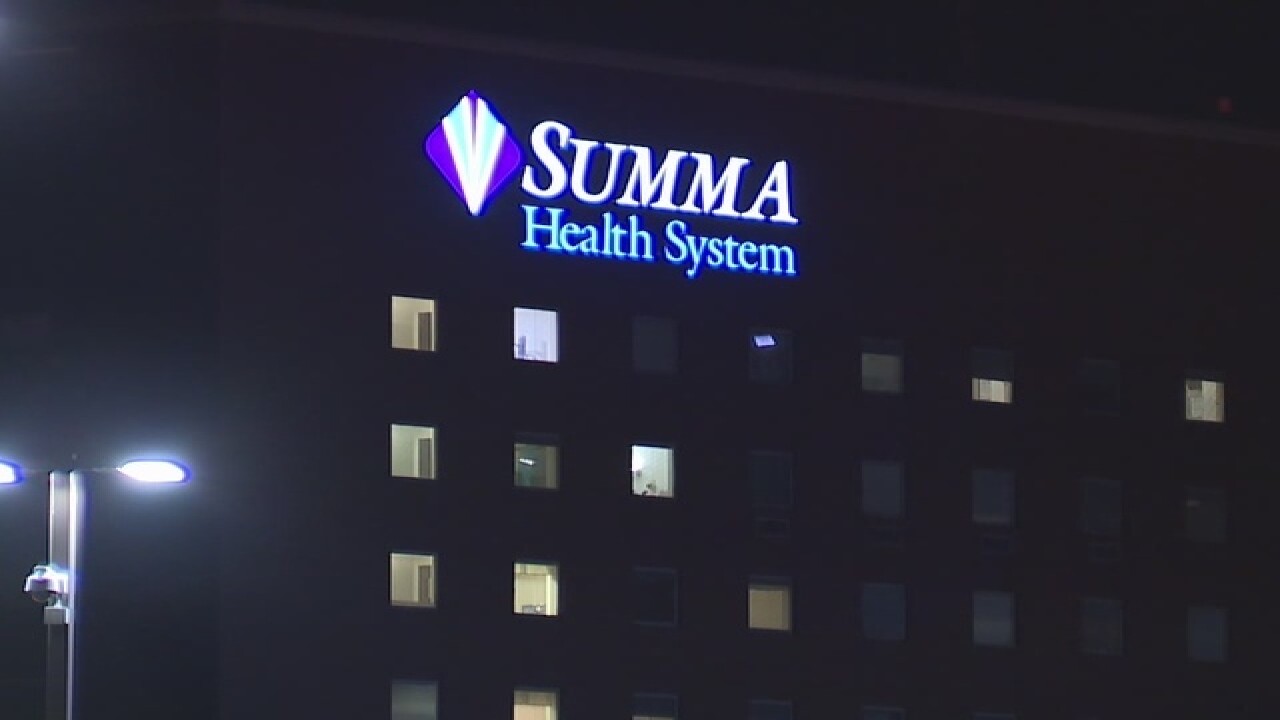 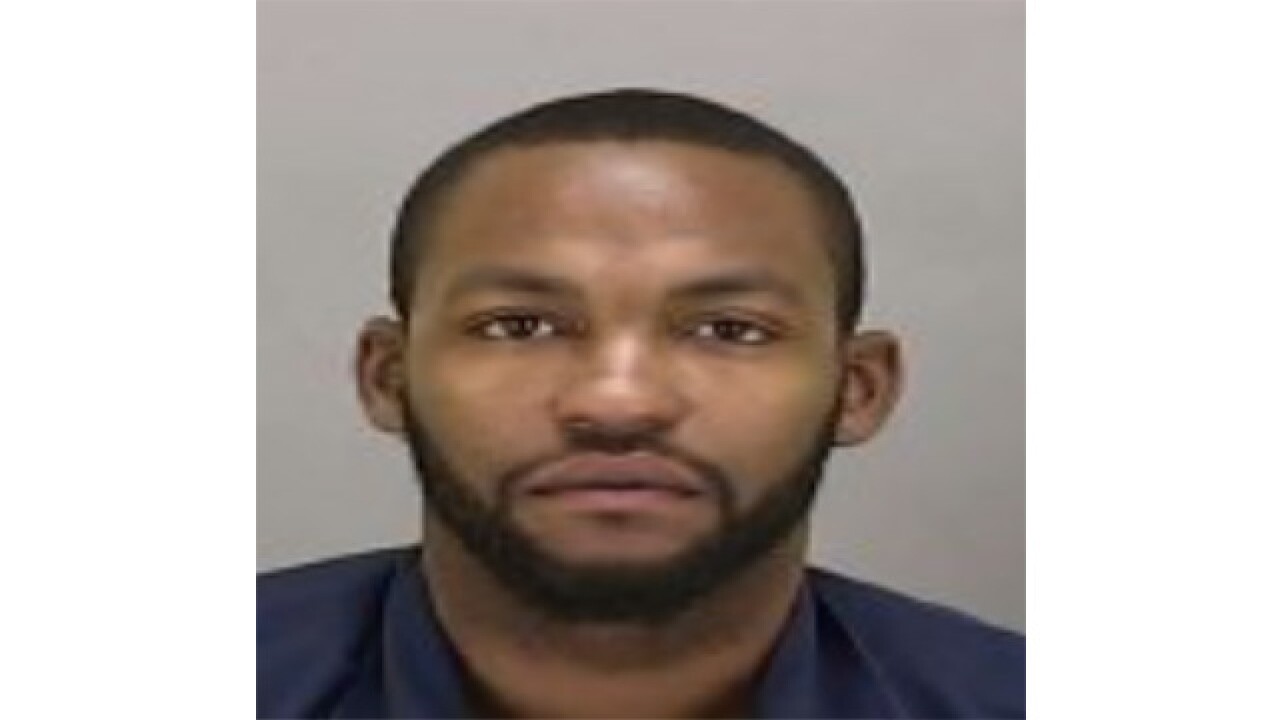 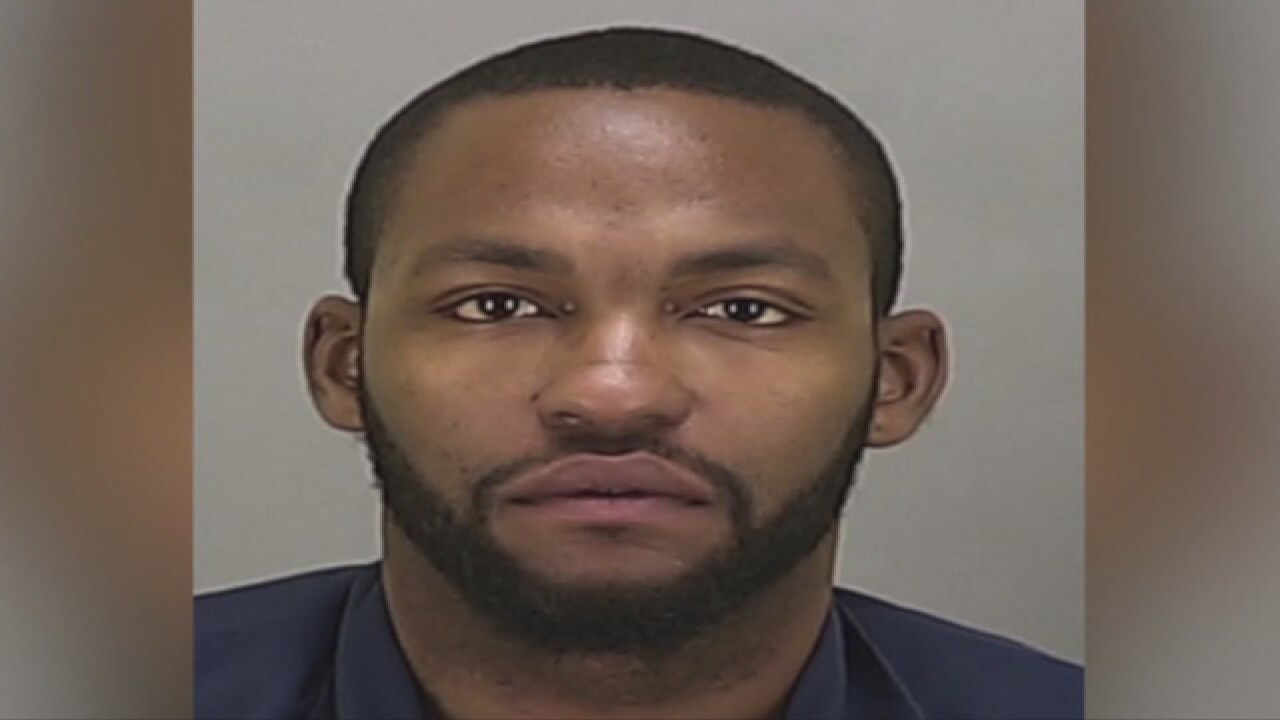 The man accused of shooting his girlfriend in front of her three young children Wednesday night had an outstanding arrest warrant at the time of the shooting.

His most recent arrest came Wednesday night after his girlfriend was shot in front of her three children — ages 4, 3, and an infant. The children were not hurt. They were taken by child services. Williams, 25, is the father of at least one of the children. As of Thursday morning, the 26-year-old woman underwent surgery at Akron City Hospital. An update on her condition was not immediately available Thursday afternoon.

Williams, 25, was later arrested after a brief police chase.

On Wednesday at about 7:30 p.m., police said Williams kicked in the door to the woman's home on Inman Street and shot her multiple times.

A man called police, saying his neighbor had been shot. He can be heard on the 911 call saying his wife was providing her with assistance and she was screaming.

"My neighbor just shot his girlfriend," the caller said. "There's kids and everything, he's in a white minivan, he took off running, I don't know the license plates or nothing.

The call obtained by newsnet5.com reveals that emergency personnel responded less than four minutes after the first call was placed.

Police arrived at the home, and other officers began looking for a white 2005 Dodge Caravan. About 30 minutes later, officers saw a vehicle that fit that description. When they tried to make a traffic stop, the vehicle kept going and they saw the driver throw a weapon out the window. That pursuit ended quickly, and without incident.

He was being held in the Summit County Jail on a $1 million cash bond. He is scheduled to appear in Akron Municipal Court on Friday.

A TROUBLED PAST
Wednesday's run in with Akron police was one of many Williams has had since at least 2010, according to court records obtained by News Channel 5.

Those records show Williams has faced a bevy of charges -- from drug possession and abduction to having weapons. Records also show he has spent time in jail, but in recent years he has been given opportunities to turn his life around. Multiple incidents involve the woman he is accused of shooting Wednesday night, showing a history of domestic violence that never resulted in any serious consequences.

Newsnet5.com is not naming the woman because she is a victim of domestic violence.
The most recent warrant, which was issued Aug. 12, stems from a dispute between Williams and the woman. The woman told Akon police Williams left after he punched her in the mouth when she returned home from the grocery store. A short time later Williams returned and slapped the woman during an argument between the two before leaving a second time. An arrest warrant was issued for Williams that day.
"Officers observed swollen lip with slight dried blood," on the woman's face, the warrant said.
A day later,  the woman told police she arrived home and found several items missing. She explained Williams is her live-in boyfriend, and the night before they had a domestic incident and Williams had warrants as a result. There were no signs of forced entry into the home and authorities were unable to speak or arrest Williams, police records said.
But records show several incidents between Williams and the woman involved in Wednesday's shooting:

Williams was charged in 2010, but it is unknown how that case was disposed.

In March of 2011, Williams pleaded guilty to abduction, domestic violence, violating a protection order and endangering children. He was sentenced to one year in jail.

Williams was sentenced in 2014 to nine months in jail for having weapons while under a disability, possession of marijuana and endangering children, crimes that were committed in the prior year.

"This particular type of criminal says 'I don’t care about this piece of paper and that’s the one we need to be most worried about," Heckman said.

Many of Williams' cases were handled by Judge Paul Gallagher. He declined to comment for this story, refusing to answer questions about why Williams was not sentenced to jail time.

The Summit County Prosecutors Office also said they could not comment on this case.

Generally speaking, Sherri Bevan Walsh, Summit Co. Prosecutor, said her office does "everything we can to try to put a stop to that, but unfortunately we can’t always prevent what's going to happen especially if you have victims who stay where they are."