Mosquitos, sewage are health and safety concerns after flooding in Barberton 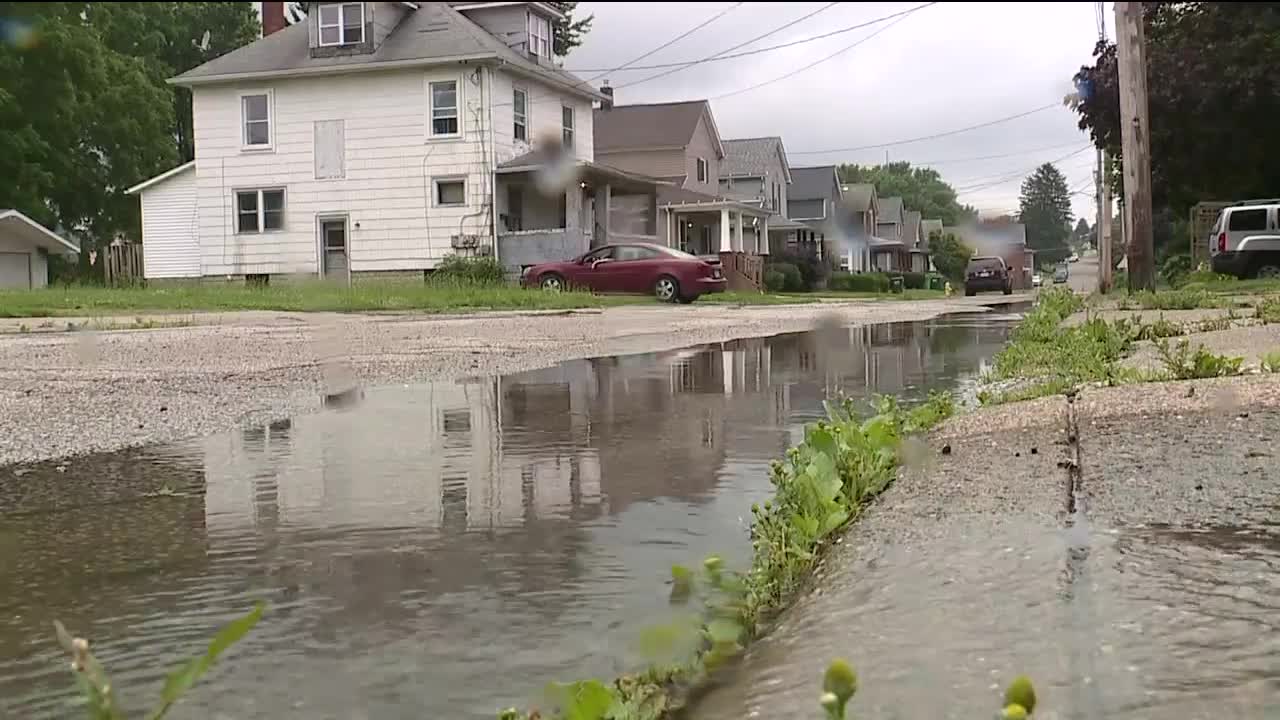 As communities in northeast Ohio continue to deal with flooding, there are now concerns about potential health and safety issues as a result of high water. BARBERTON — As communities in northeast Ohio continue to deal with flooding, there are now concerns about potential health and safety issues as a result of high water.

In Barberton, Mayor William Judge said his office is putting together a plan to address those concerns, including mosquito infestations and sewage in the streets. So far, Judge said, there have been no reports of sewage or reports of large mosquito problems in the city.

"We work with the mosquito abatement district, which is overseeing this area, [and] also with Summit County Public Health and private organizations, for spraying of mosquitoes in situations like this," Judge said.

Judge said the city would send out street sweepers to clean and sanitize the streets once the high water recedes, He also noted that the city was working on programs "to help residents in their homes," based on need. He asked that all residents affected by flooding or high water call his office at (330) 848-6719.

"We can log the incident and we will be out with additional paperwork and all that’s necessary so we can provide the services to the residents," Judge said.

Judge stressed the importance of neighbors reaching out to the city to report concerns but noted he and other city employees were out in the neighborhoods, speaking with residents. The city is also working with nonprofit groups and county, state and federal officials, according to Judge.

"If there’s something that we’re not aware of, we need to be notified of that," Judge said.

He urged residents not to get into the water that still covers yards and streets in some parts of the city.

"One, you don’t know what the water makeup is. You don’t know if a manhole cover has lifted and you can’t see where the sewer is," Judge said. "Keep the kids, the pets, everyone out of the water. Don’t try to drive around barricades or down streets that you can see water is standing, cause you don’t know how deep it is. It only takes about a foot of water to carry a car away."

At Louis Bender's house on 15th Street, northwest of downtown, two pumps, one in the front yard and one in the back, carried water out from inside the house.

"It was about seven, eight feet high," Bender said of the floodwater in his basement. "Our washer was floating. Every appliance we had down there is going to have to be replaced."

As the water was pumped from inside his home out to his yard, Bender expressed concern about mosquitoes taking up residence in the standing water, especially with more rain in the forecast.

According to the mayor, drinking water in the city is still safe to consume. However, anyone who is concerned about the quality of the water can contact the mayor's office to have bottled water delivered to them.

Tonia Burford, environmental health director at Summit County Public Health, said the health department is monitoring conditions for mosquitoes and said that if a problem with mosquitoes does occur, a hatch wouldn't happen for about ten days or so.

Burford said Summit County Public Health has offered its services to the city of Barberton and inspected the Salvation Army temporary shelter on Tuesday so workers could distribute food.

Burford also noted the health department had not received specific reports of sewage or overflow but reminded residents that floodwaters are contaminated by nature.