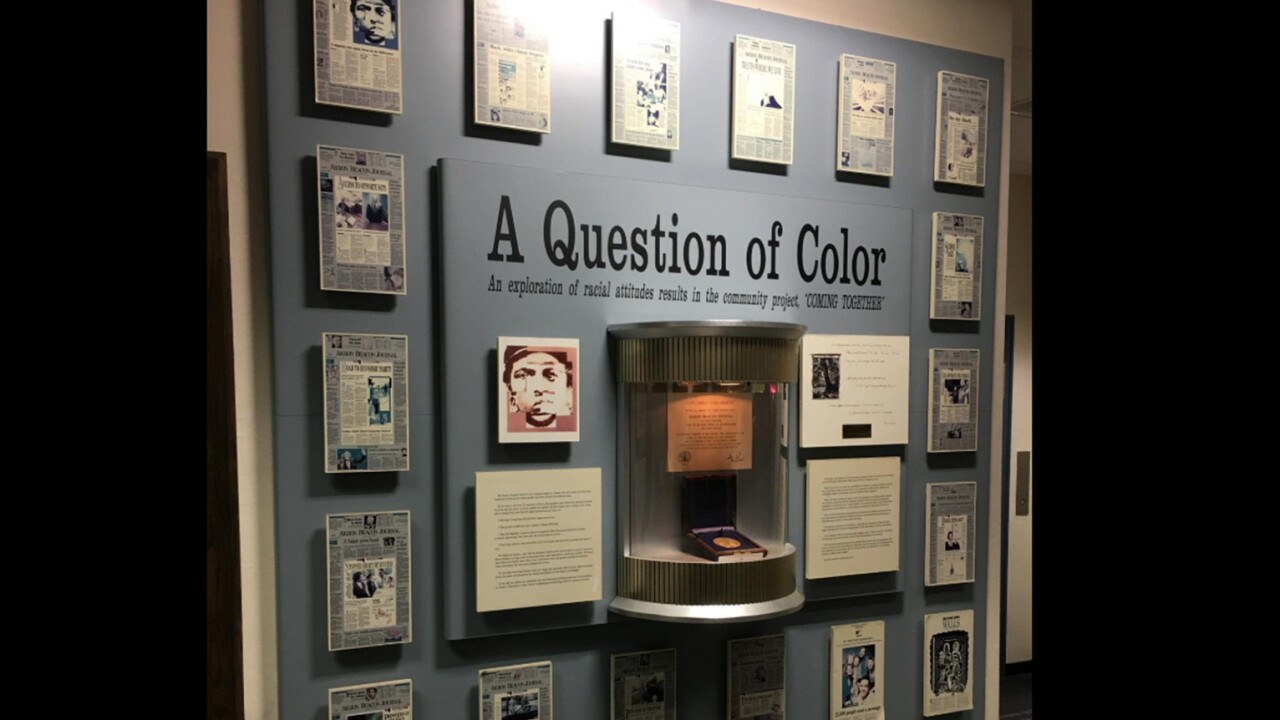 AKRON, Ohio — A Pulitzer Prize awarded to the Akron Beacon Journal in the 1990s was stolen from its old newsroom earlier this week.

The newspaper is currently in the process of moving out its historic building located near High and Exchange Streets and to a different location two blocks away on the top floor of the AES building on Main Street.

On Thursday, it was discovered that someone had smashed the display case and took the prize, Akron police said.

It's believed that the award was taken between Nov. 5 and Nov. 7, police said.

According to the Akron Beacon Journal, it was awarded the prize for the 1994 series "A Question of Color." The award was part of three Pulitzer Prize awards that were displayed in the lobby.

You can read more about the theft as well as information about all of the Akron Beacon Journal's Pulitzer Prizes, here.