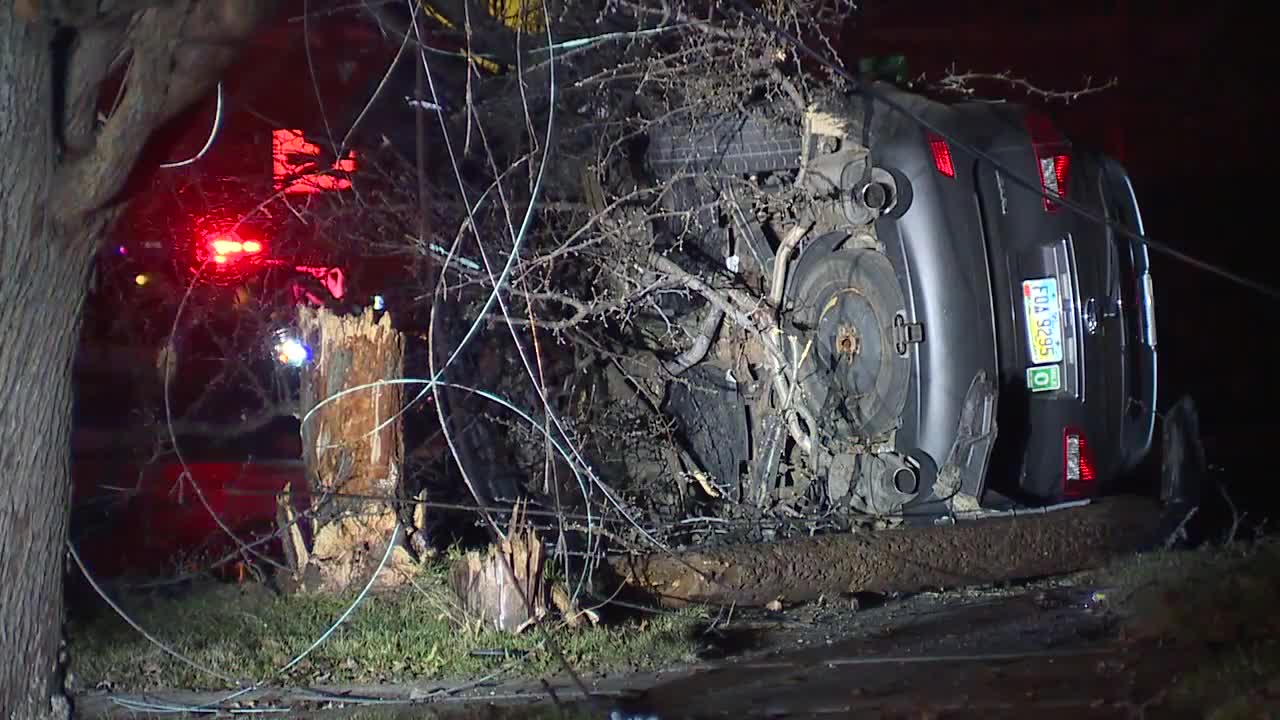 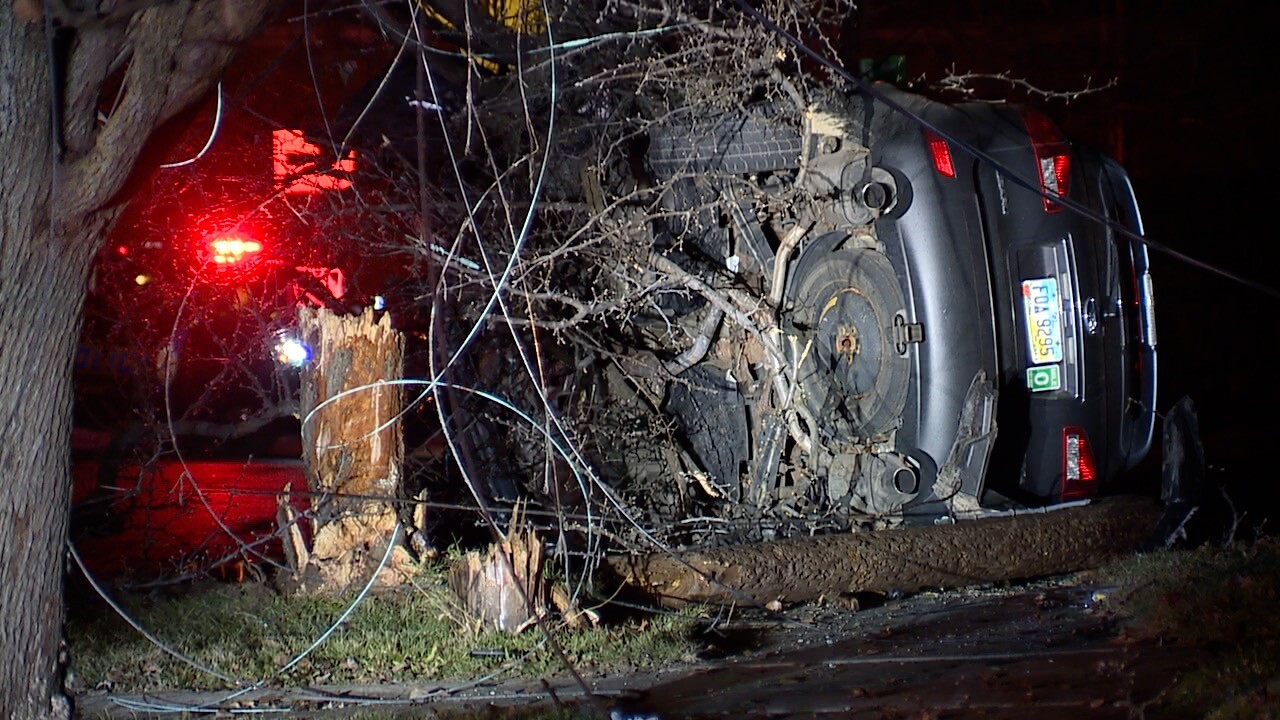 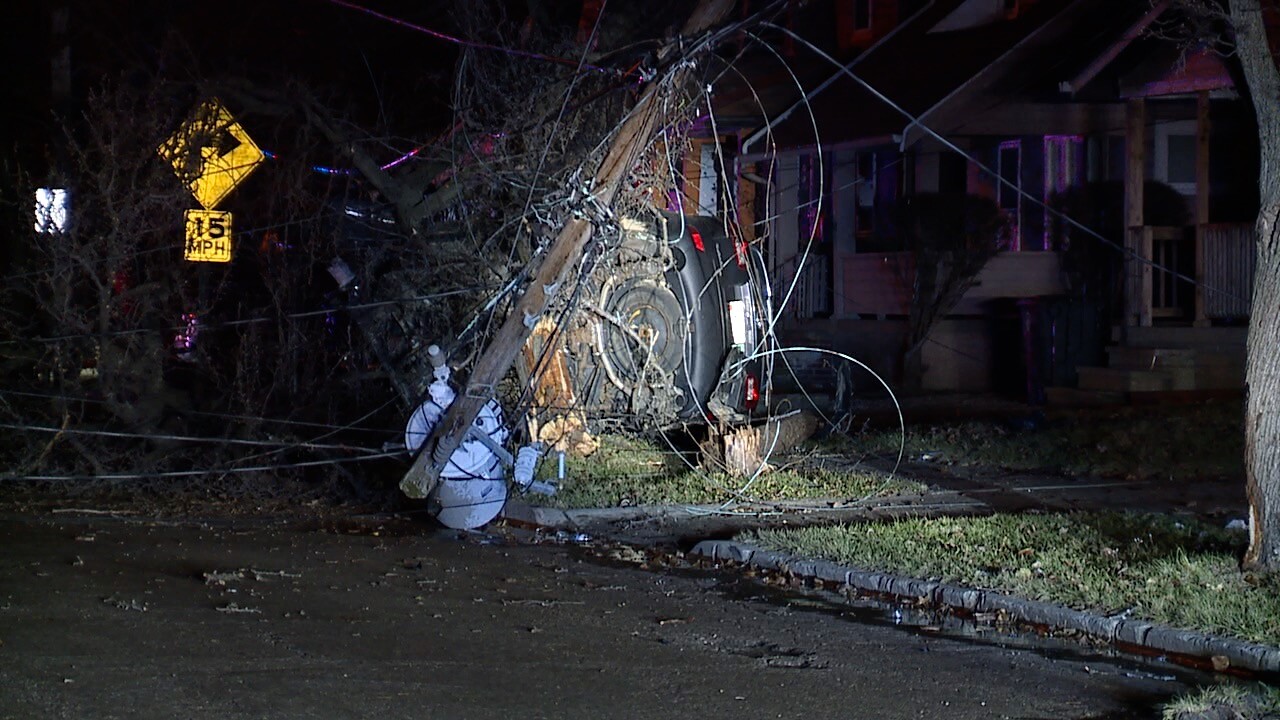 AKRON, Ohio — A pursuit of a stolen car that last under 30 seconds ended in a gnarly crash on Monday morning.

It happened around 3:30 a.m. near Hammel and Crosier streets in Akron.

Officers attempted to stop a stolen car that took off for about 25 seconds before it smashed into a tree and a pole, according to Akron police on scene.

The car brought down two poles before flipping on its side, causing some power outages to a small area, police said.

The male driver was not seriously injured but was taken to a nearby hospital for evaluation, police said.