Who is Ronald Phillips? The man executed Wednesday for raping and killing a 3-year-old girl in 1993 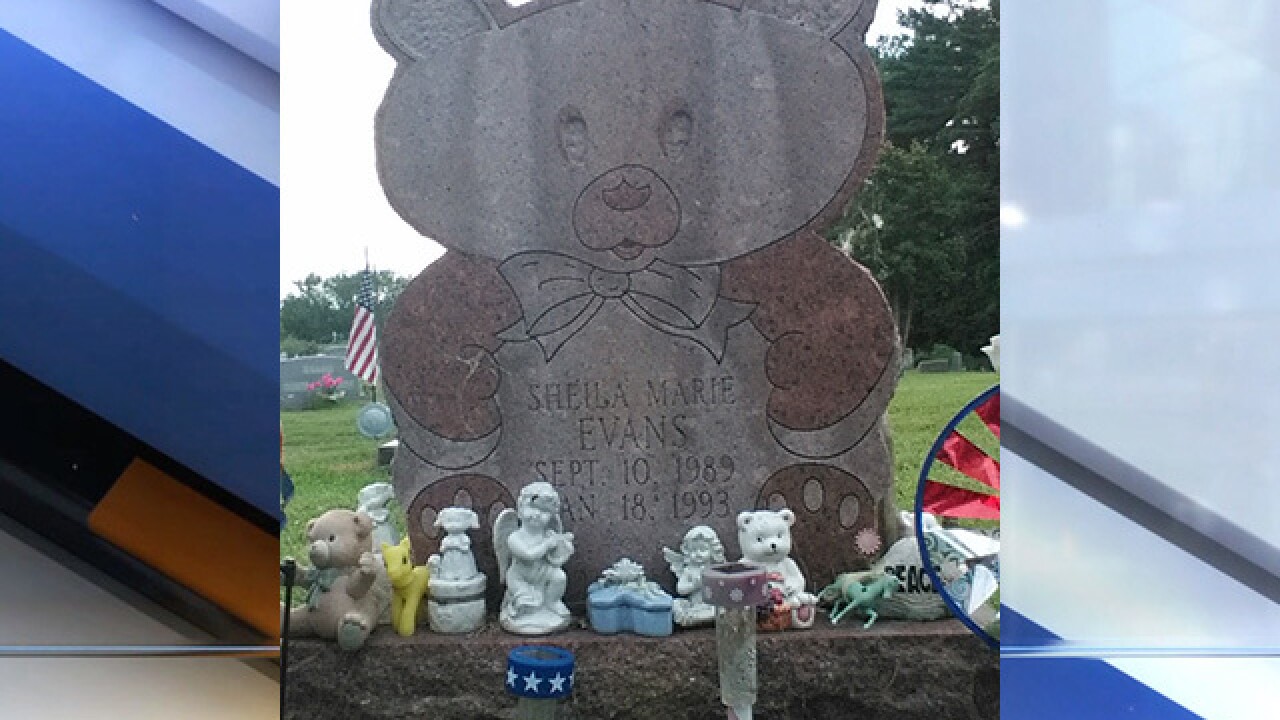 Copyright 2017 Scripps Media, Inc. All rights reserved. This material may not be published, broadcast, rewritten, or redistributed.
<p>Photo Courtesy of 'In memory of Sheila Marie Evans' Facebook page. </p> 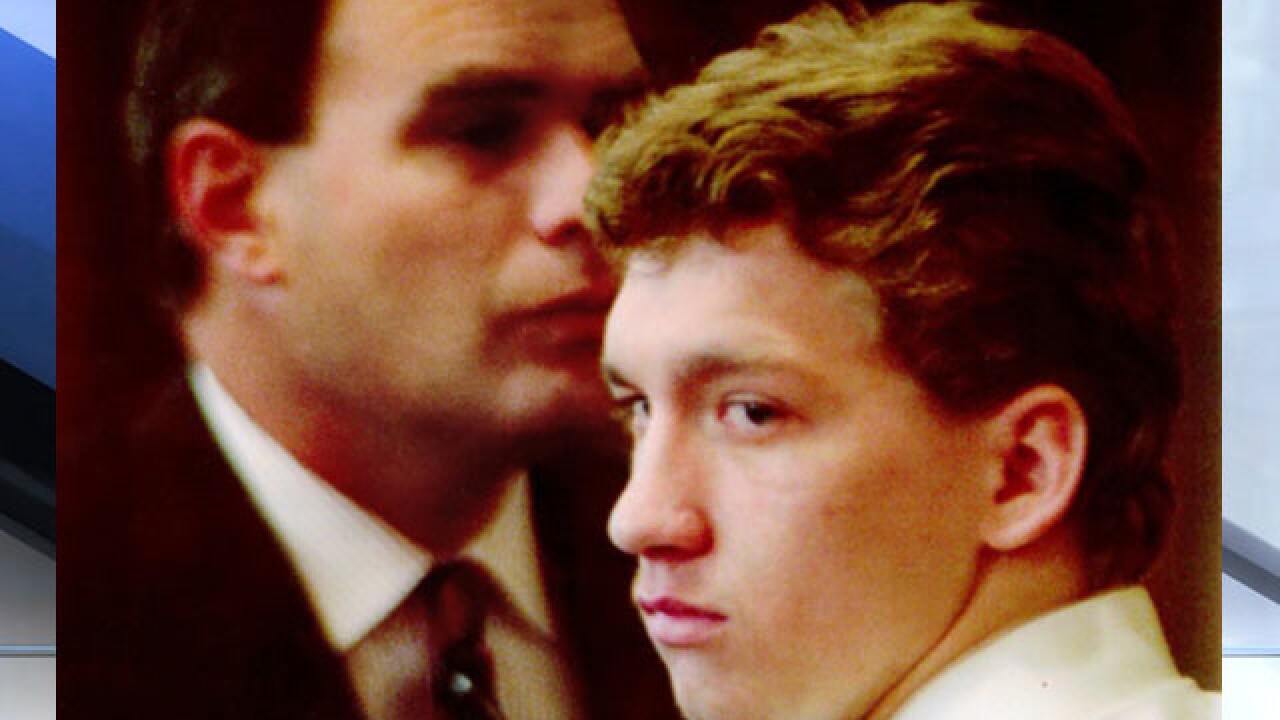 Twenty-four years ago, Ronald Phillips was sentenced to death.

In 1993, he received a death sentence for beating and raping 3-year-old Sheila Marie Evans — his girlfriend's daughter.

After being rushed from her Akron home to Akron Children's Hospital, the 3-year-old underwent emergency surgery.

According to court records, Evans' small body was covered in 139 bruises.

As reported by our media partners at the Akron Beacon Journal, when she arrived at the hospital, her abdominal cavity was filled with a mix of air and blood. The medical examiner testified that she had been sodomized at least 48 hours before her death.

Court records state that in 1993, Phillips confessed to hitting the toddler, throwing her against walls and dragging her by the hair.

He confessed to raping her both that day and on previous occasions. He stated that, on the day of her death, he became sexually aroused when he saw that Evans was not wearing underwear.

The medical examiner's report revealed that Evans was both vaginally and anally sodomized in the days before her death.

On January 18, Sheila's grandmother found the child and called emergency services. She was taken to Akron Children's Hospital, but could not be saved.

Phillips was charged with aggravated murder, rape and other charges.

Fae Evans, Sheila's mother, was charged with involuntary manslaughter when it was revealed she failed to protect her daughter from violence she knew occurred in the home. Reports show that Fae held the girl while she was being raped.

The Akron Beacon Journal reported that in February 1993, Phillips pleaded not guilty to all of the charges he faced. He did not testify at his trial.

In August 1993, he was found guilty on all counts he faced.

At 19 years old, Phillips was sentenced to death.

Fae was found guilty on the charges she faced and sentenced to 13 to 30 years in prison. In 2008, she passed away from cancer while in prison.

After he was sentenced to death, Phillips took the stand to ask the jury to spare his life.

“I made a mistake. I wish I could bring little Sheila Marie Evans back. But I can’t,” he said, according to reporting from the Akron Beacon Journal.

He even told the jury he hoped to be a father figure in Sheila's life, as well as the life of her older sister. According to reporting from the Akron Beacon Journal, Fae and Ronald had a two-month-old son together at the time of Sheila's death.

Phillips vowed that if his life was spared, he would become a chaplain and serve his fellow inmates. The Parole Board voted 10-2 to deny the request to spare his life.

When that execution date was delayed, his date of death was pushed back to November 2013. In the hours before his death, Phillips requested an emergency surgery. He wanted to donate organs to his mother and sister. Governor John Kasich delayed his execution in an attempt to accommodate the request.

After deliberation, his request was denied due to security and logistical challenges.

His execution has been moved or delayed eight times, according to the Akron Beacon Journal.

He was scheduled to be executed on February 11, 2015 but the botched execution of Dennis McGuire caused a statewide halt on executions. After McGuire was injected, witnesses say he gasped for air and struggled for 10 minutes. He took 26 minutes to die.

He was then scheduled to be executed in January 2016, but the state was still debating the drug cocktail in use.

In June 2017, the state was allowed to resume executions after the drug cocktail debate ended.

In July 2017, Phillips appealed his death sentence. According to reports, he said he was too young at the time of the crime to warrant a death sentence. The Supreme Court overruled his appeal.

On Tuesday, July 25, Phillips was taken to the "death house" of the maximum security Southern Ohio Correctional Facility.

On Tuesday evening, Phillips dined on his last meal - a special request of a large cheese, bell pepper and mushroom pizza with strawberry cheesecake, a Pepsi, grape juice and a piece of unleavened bread.

While he ate his final breakfast - biscuits and gravy, grits, milk, sweetener, coffee and juice, protestors gathered outside the prison.

He was allowed cell-visits with his attorney and clergy members from 8 a.m. until 8:45 am.

In the hour before his death, protestors held hands and rested their signs at their feet. Signs read messages like "Father, forgive them!" and "Execution is not the solution".

Witnesses of the execution included members of Sheila Marie Evans family, a relative of Phillips, his spiritual adviser, a chaplain and a nurse. Five media witnesses were present.

At 9:55 a.m., his veins were deemed "palpable and accessible" for the injection to take place.

At 10 a.m., the execution was delayed a few minutes so that Phillips could visit with his brother.

After 10 a.m., Phillips was injected with a mix of three drugs that work to shut down organs and, ultimately, stop the heart from beating.

Sheila Marie Evans would have been 27-years-old. A memorial page is still active for her on Facebook.