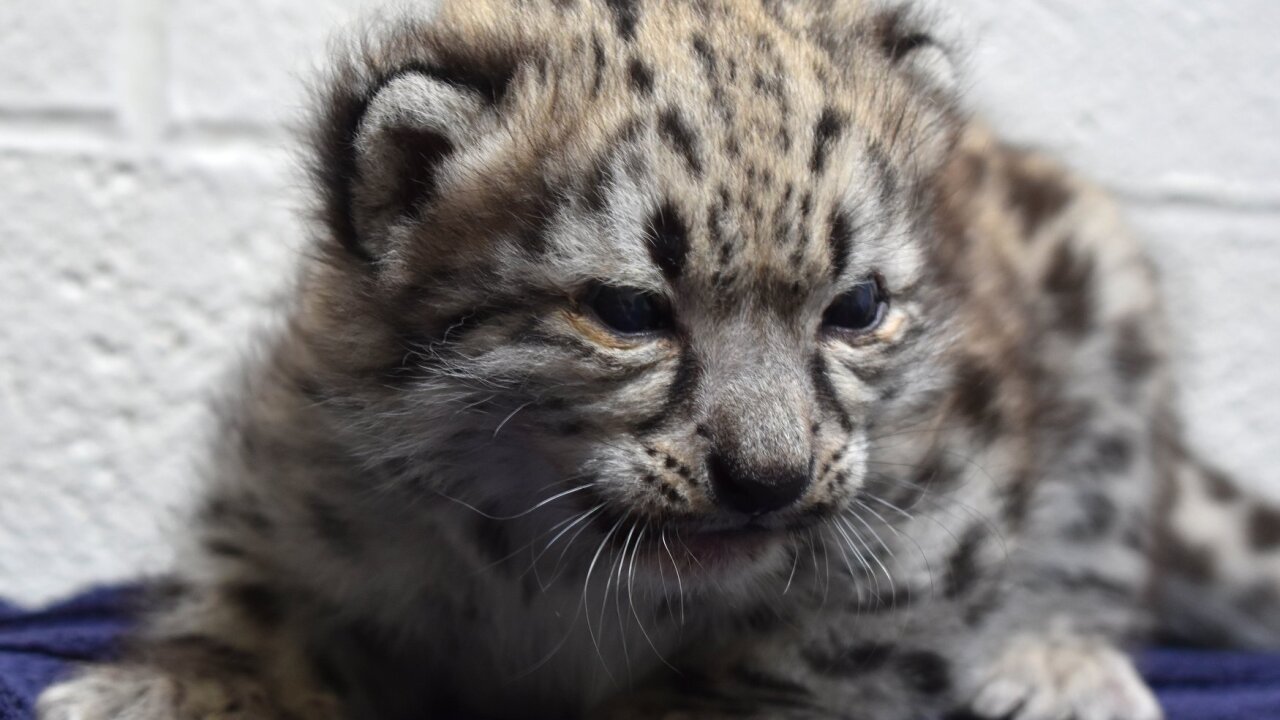 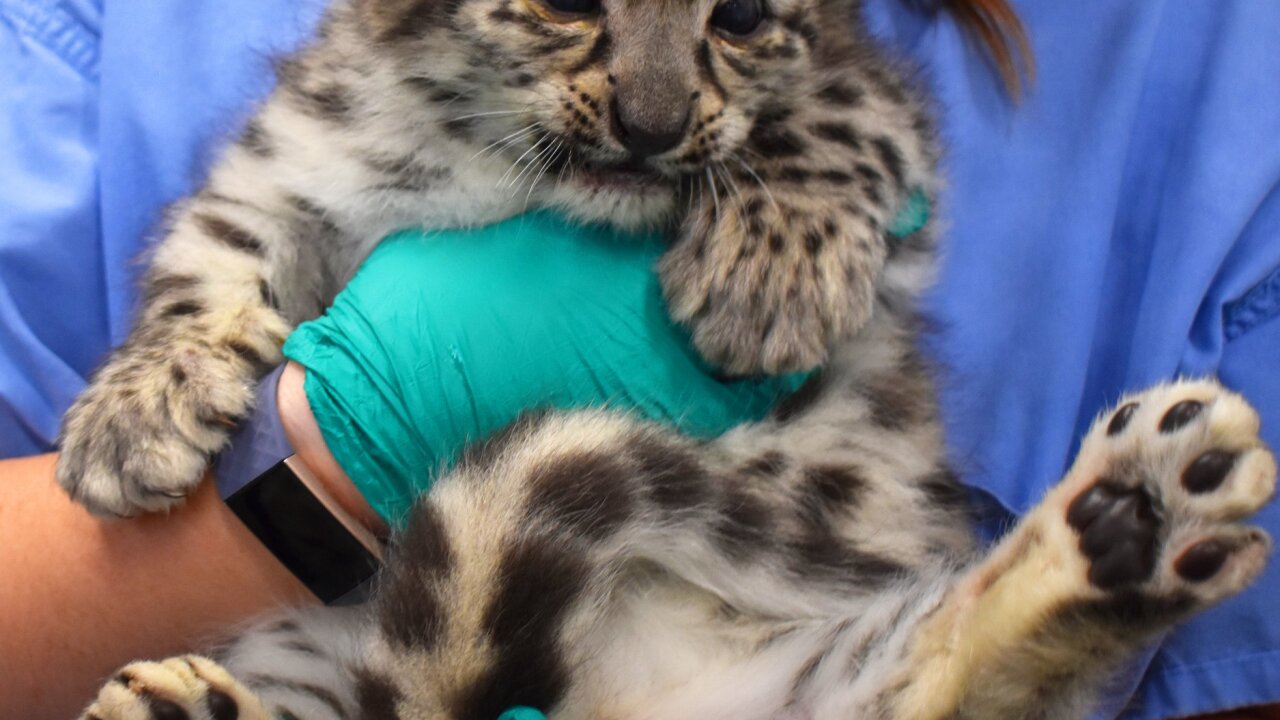 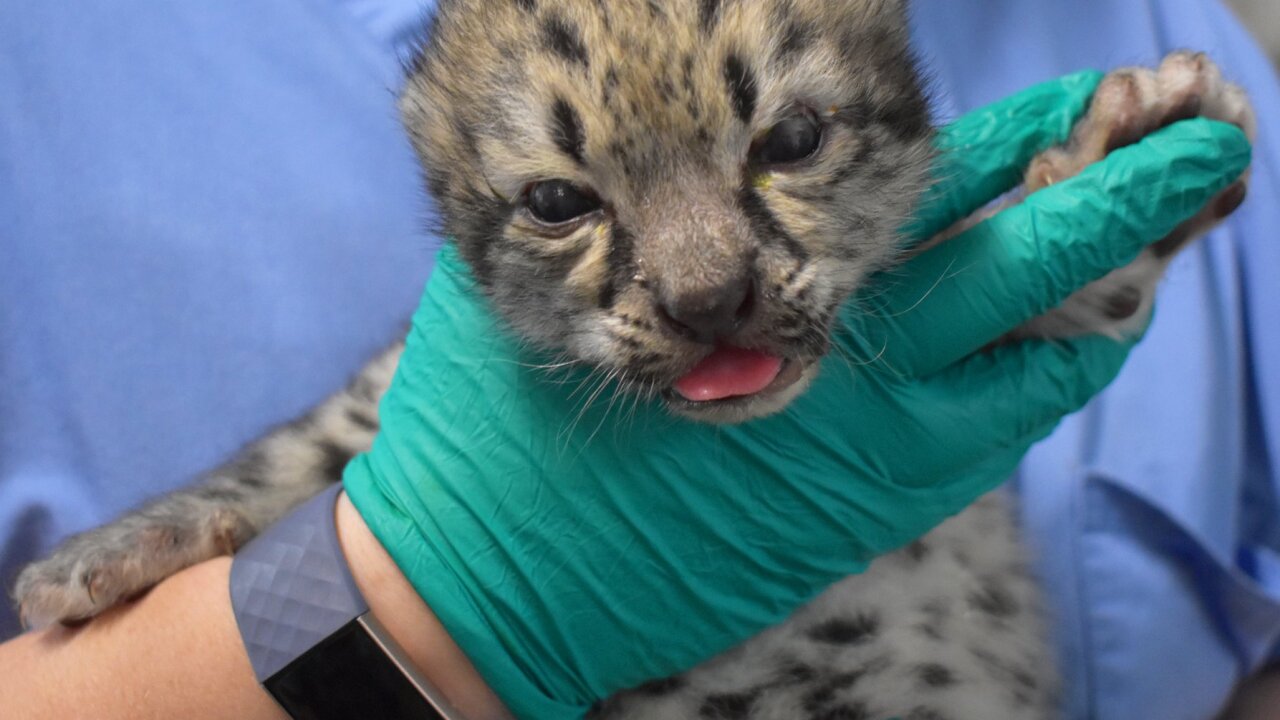 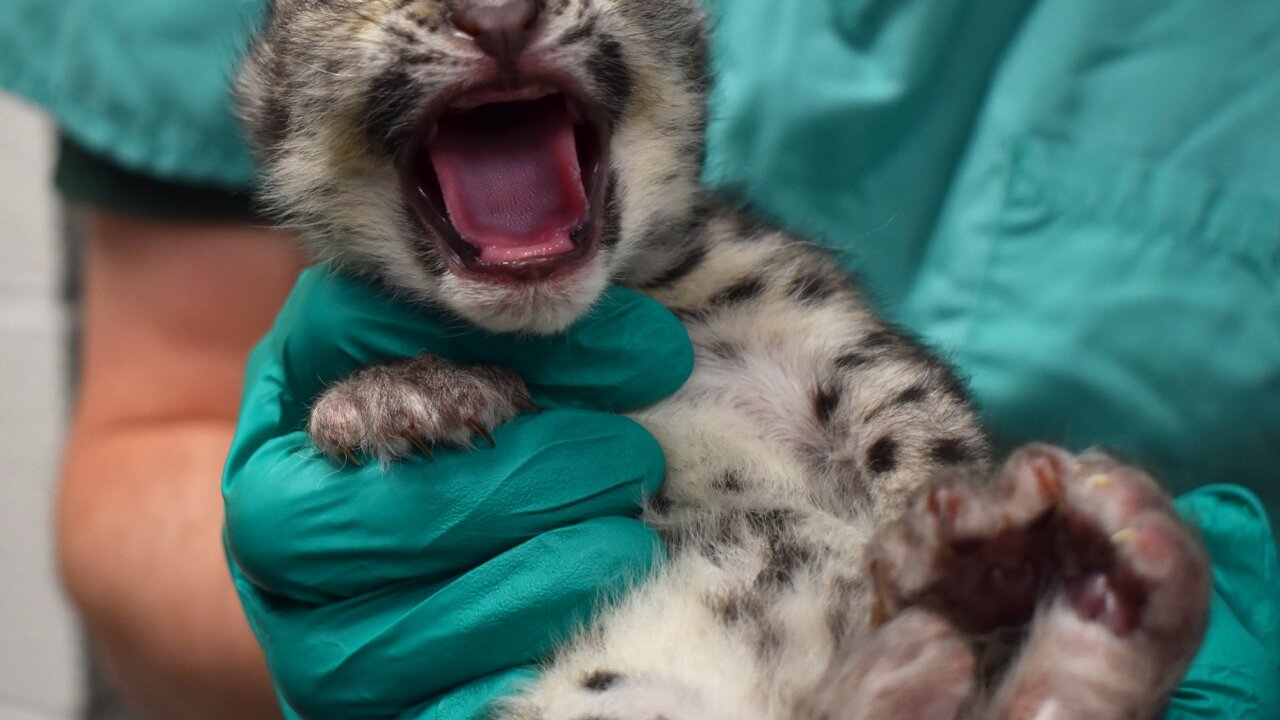 AKRON, Ohio — A snow leopard cub with a congenital eye defect was born at the Akron Zoo in April, zoo officials announced Wednesday.

Currently, the cub weighs five pounds and is without a name until the zoo has a naming contest at a later date.

The cub was diagnosed with the eye defect when she was three days old. The defect is relatively common in snow leopards and it can cause abnormalities to parts of the eye, varying in severity.

“We noticed that there appeared to be an abnormality with the cub’s eyelids,” said Dr. Brittany Rizzo, director of animal health at the Akron Zoo. “After an exam by an ophthalmologist, we diagnosed her with colobomas. Aside from her eyes, she is thriving in every way. Shanti is taking great care of her little girl, which we are very happy to see.”

After a few months, the veterinary team will determine the best treatment plan for the cub, which could include corrective surgery.

The cub will remain with her mother while her dad Tai Lung will stay out in the snow leopard habitat because in their native habitats, male snow leopards don't participate in the rearing of cubs.