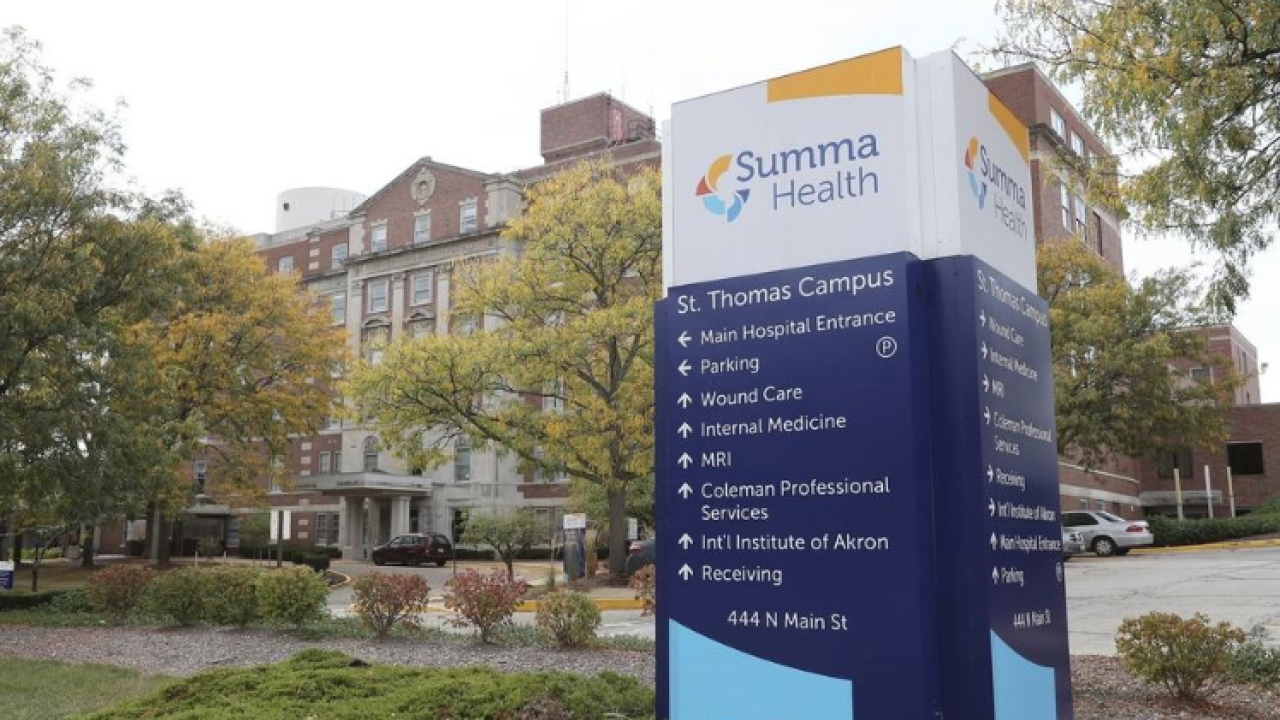 AKRON, Ohio — On Wednesday, Summa Health announced plans to build a 60-bed inpatient and outpatient behavioral health facility on its Akron Campus. As part of Phase 2 of the Akron-based health system’s master facility plan, all services at the St. Thomas campus will transition to the Akron Campus.

The groundbreaking for the new building is expected to start in summer 2020, with a completion date scheduled for 2022. The facility will allow Summa to move its detox program to an acute medical setting, while preserving the heritage of both Ignatia Hall and Alcoholics Anonymous.

“The beginning of Phase 2 of our facility plan not only represents an important next step in how we care for our community as a whole, but also underscores the importance we place on the treatment of those in need of behavioral health services,” Dr. David Custodio, president of the Summa Health System – Akron and St. Thomas Campuses, said in a news release.

The state-of-the-art space will have room for a partial hospitalization program and intensive outpatient services, including psychiatry, addiction medicine and traumatic stress, according to Summa.

Phase 2 of the facility will also include the process of renovating units in the previous patient tower on the Akron Campus to achieve a higher private bed ratio. Also on deck: demolishing the school of nursing at the Akron Campus.

“Coupled with the recent opening of our new patient tower and the many improvements we’ve made on the Barberton Campus and across the system, we are well-positioned to care for our patients for many years to come," Custodio said.

Summa Health said it anticipates that the transition of services from the St. Thomas Campus to the Akron Campus will take place over the next several months, with a completion date scheduled for 2022, according to the release. No decision has been made about the future of the St. Thomas Campus beyond that.