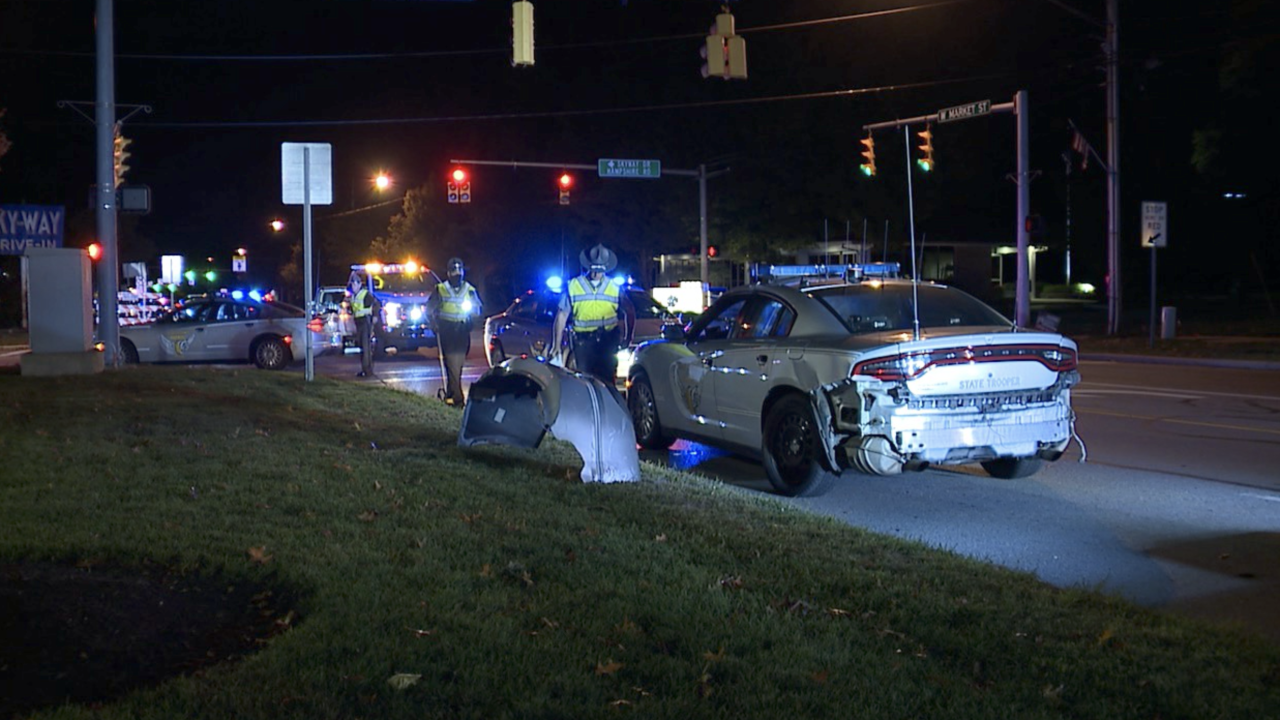 AKRON, Ohio — A state trooper’s cruiser was struck during a police pursuit in Fairlawn, according to the Ohio State Highway Patrol.

Around 4 a.m., officers observed a 2017 Ford Escape driving recklessly in the area of North Arlington and McNaughton streets. The driver refused to stop when officers attempted to pull him over and a pursuit was initiated, Akron police said.

During the pursuit, police learned that the vehicle was stolen and belonged to an on-duty officer with the Akron Police Department.

Police requested the help of OSHP, and as a trooper was beginning to head towards the fleeing vehicle, it turned around near Summit Mall, went left of center and struck the trooper’s cruiser, according to OSHP.

The trooper’s cruiser spun out and the rear bumper was torn off the vehicle, troopers said.

OSHP said the trooper had not yet initiated pursuit when the cruiser was hit and was still in the process of responding.

The trooper is okay and was able to pull his cruiser off the side of the road when he saw the vehicle heading towards him, according to OSHP.

The driver of the stolen vehicle, 44-year-old Lewis Nemeth, resisted arrest but was able to be taken into custody, police said.

Nemeth was charged with grand theft, obstructing official business, willful flee, resisting arrest, failure to comply with order of signal of police officer and theft, according to police.