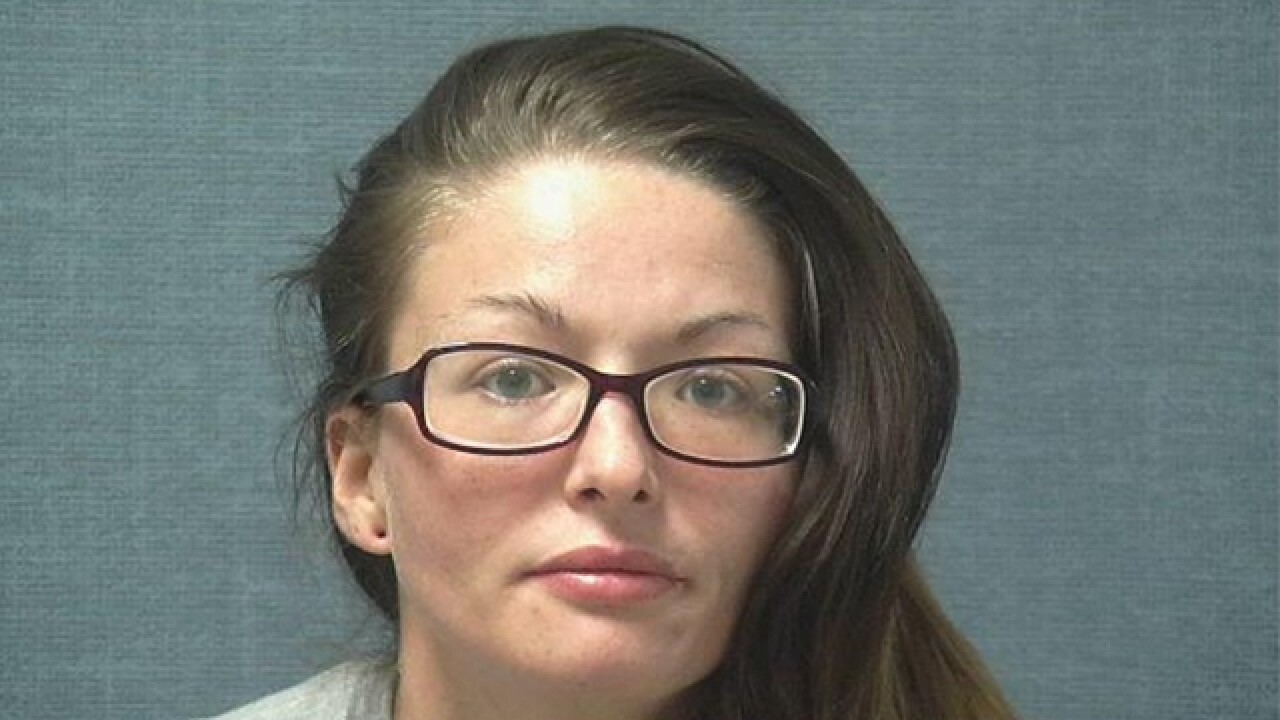 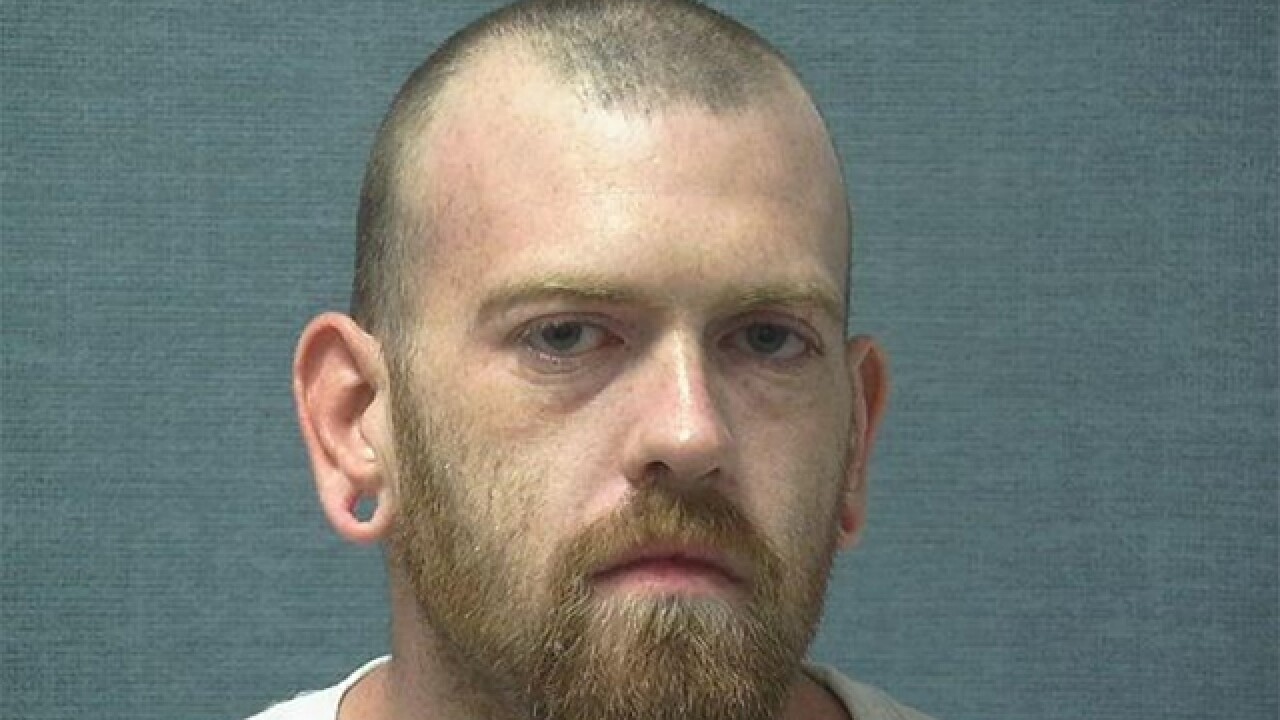 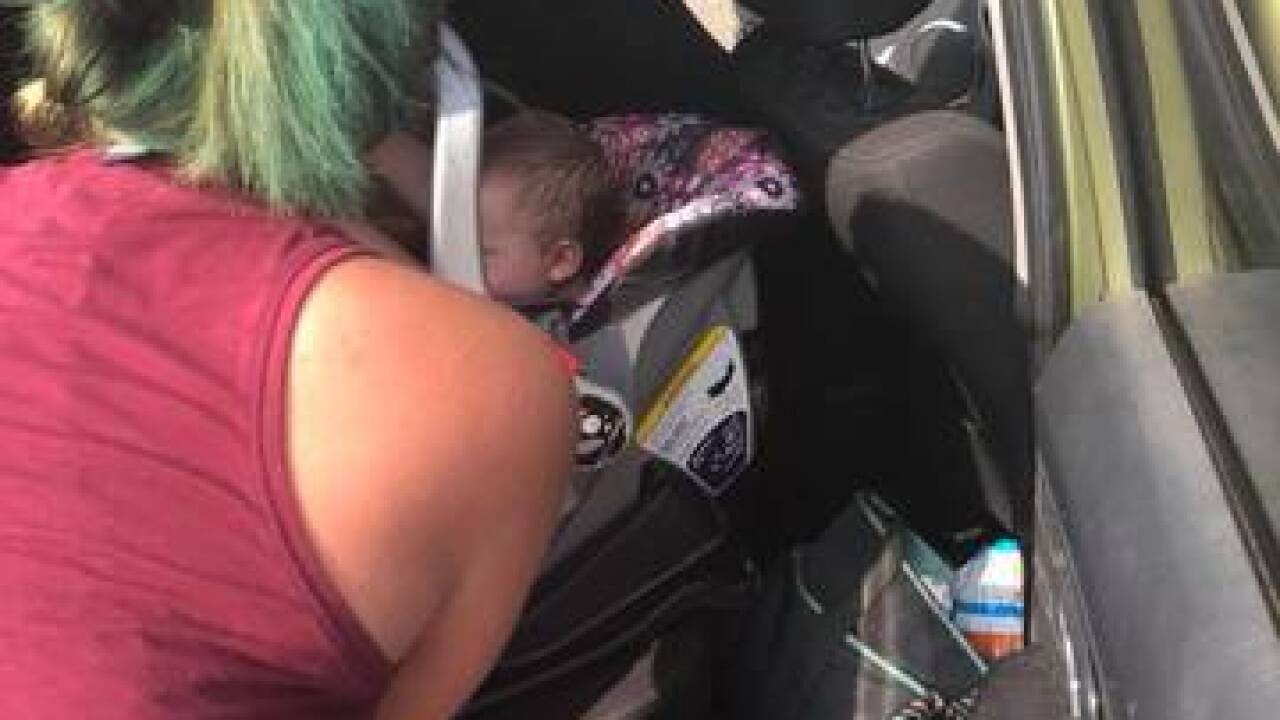 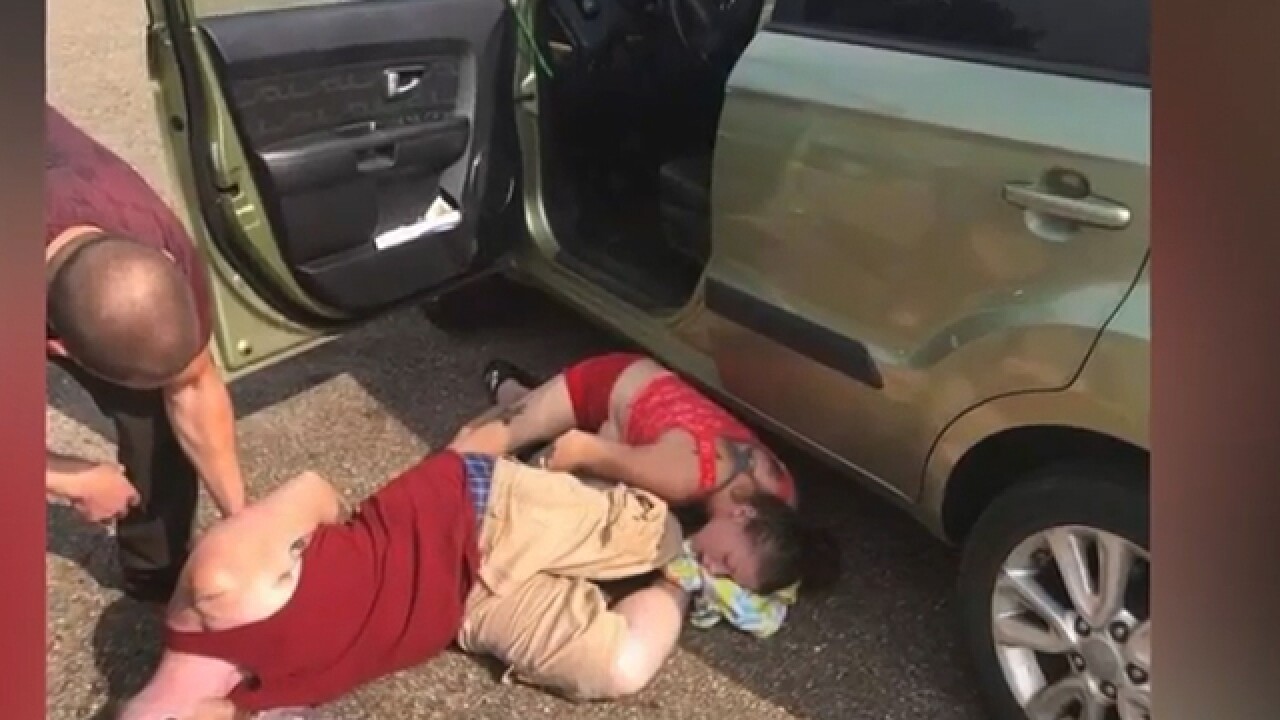 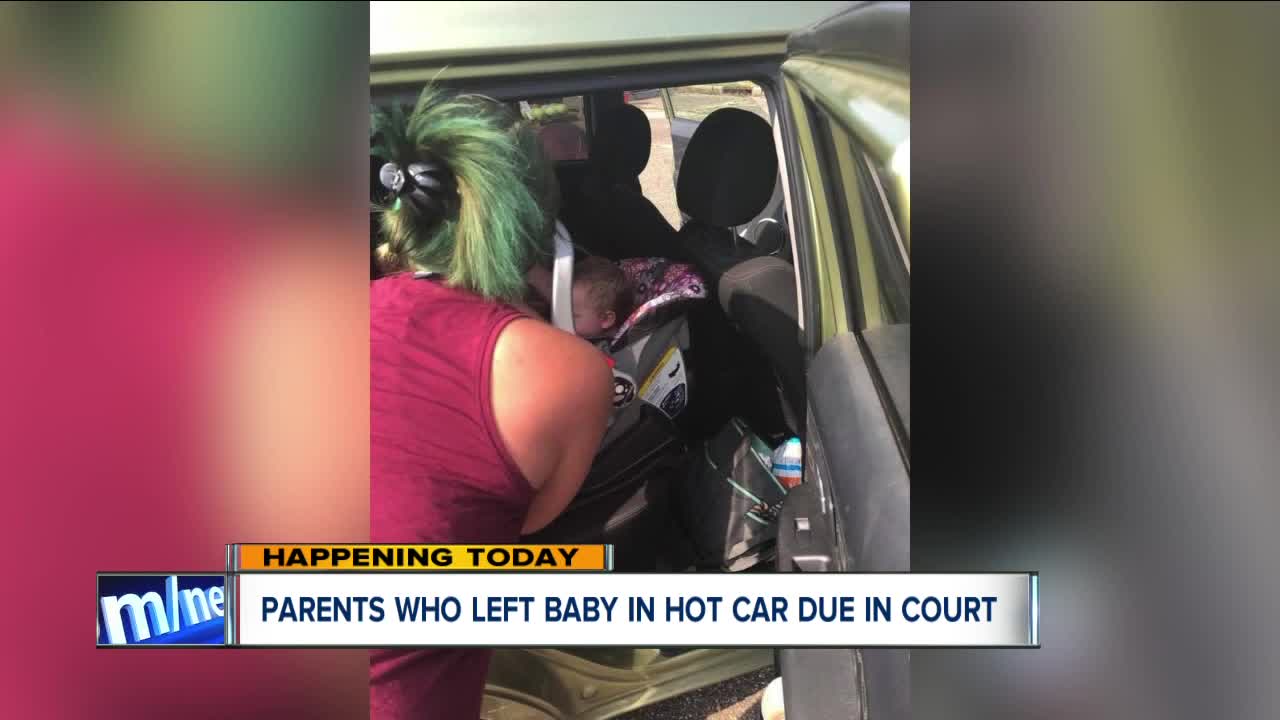 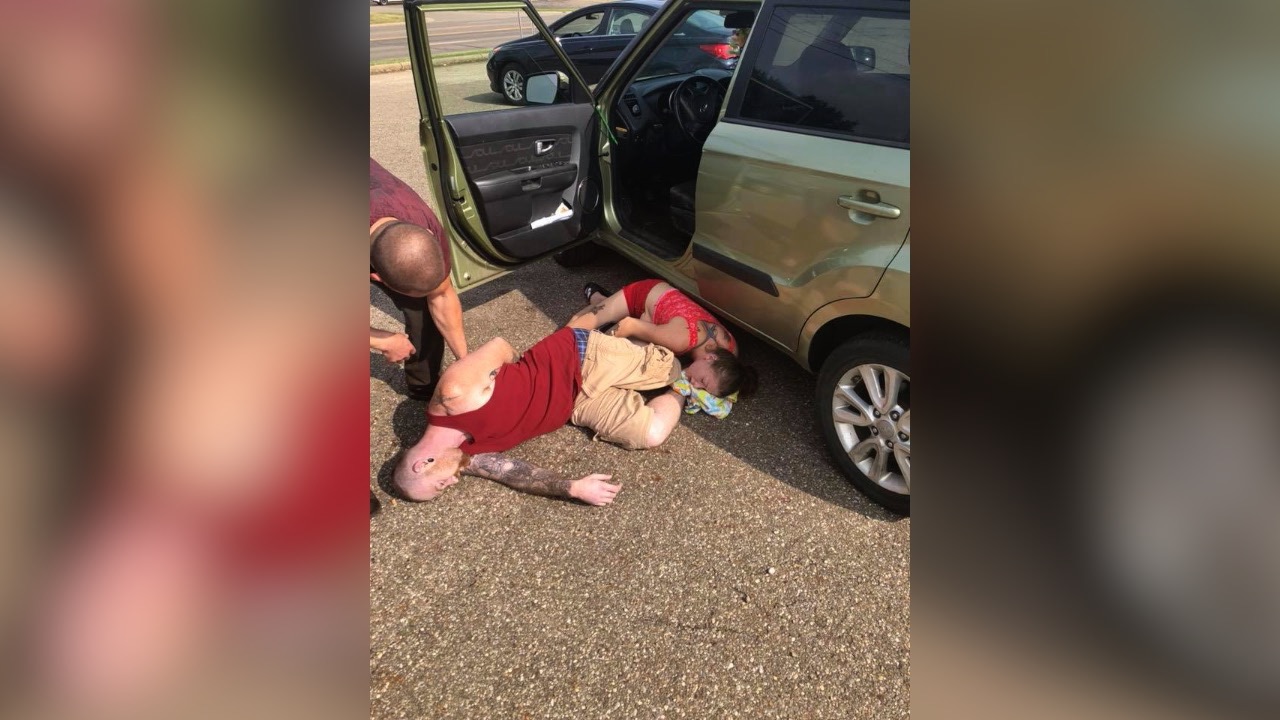 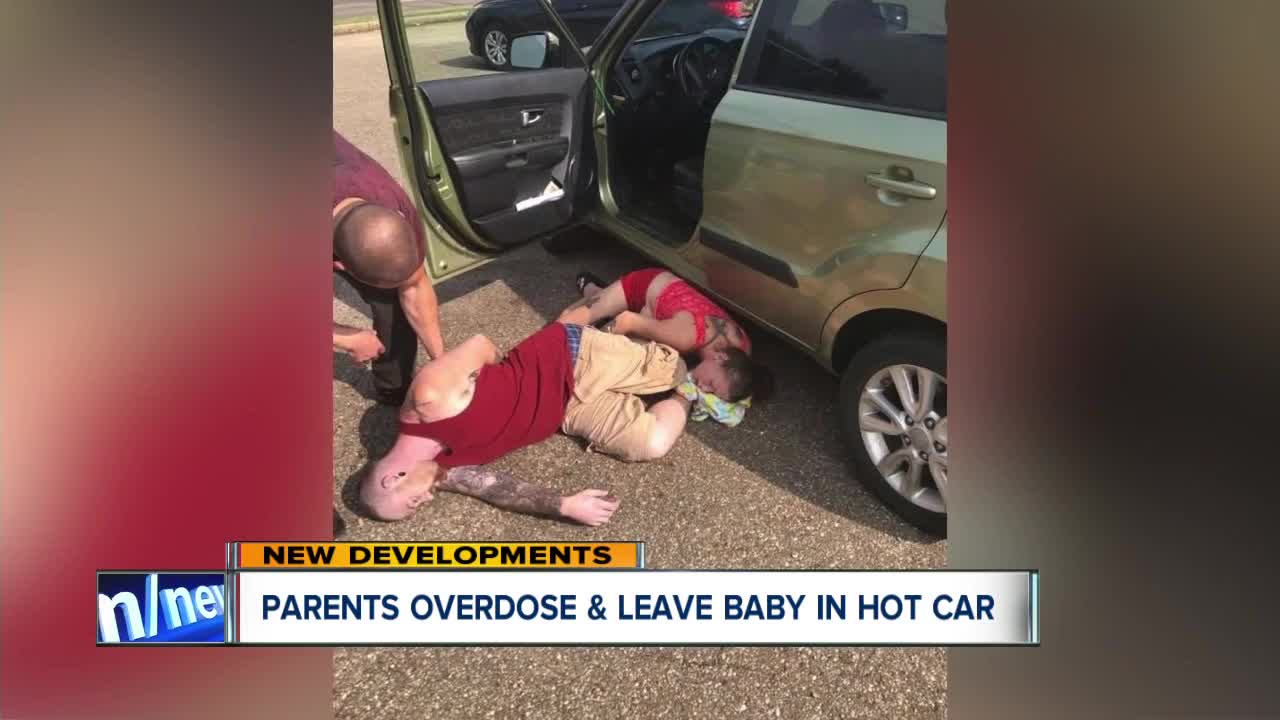 Two people were arrested on Friday and charged with endangering a child after overdosing and leaving a baby in a hot car in Canton.

Stark County sheriff's deputies were dispatched to the parking lot of the Busy Beaver on Whipple Avenue after reports of two people lying on the ground from a possible overdose.

When the first deputy arrived on the scene, a man, Cody Powell, was lying on the ground on his back. He appeared to be pale, was turning blue and was not breathing, according to the deputy's report. A woman, Michelle Hall, was lying on top of him by his legs.

Alexandria Whitt and her fiance, Eric Asher, were driving along Whipple Avenue NW when they saw two people unresponsive and stopped in the parking lot.

Whitt then noticed there was a baby girl in the back seat sweating profusely, so she took the baby out of the car and gave her water. The temperature was about 80 degrees outside.

"The baby was covered in sweat," Whitt said. "The baby actually drank almost a bottle of water. She was so thirsty."

A deputy said as he began to administer Narcan to Hall, she woke up and moved off of Powell. The deputy proceeded to deliver two doses of Narcan to Powell before he began to show color and breathe again, the report said.

When the Canton Township Fire Department arrived on the scene, firefighters gave Powell another dose of Narcan and put a breathing bag on him. Then, both Powell and Hall were taken to Mercy Medical Center.

Canton firefighters assessed the baby, and she was also taken to Mercy Medical Center for further evaluation.

When authorities went to check the suspects' car for drugs and drug paraphernalia, they found a used syringe in the center console, according to the report.

Deputies went to follow up with the suspects in the hospital and said Hall denied taking illegal drugs. She told authorities she was on two different types of prescriptions, and the last thing she remembered was falling asleep outside of the car, according to the report.

When deputies visited with Powell, they said he admitted to buying heroin. He told authorities both he and Hall injected it while in the parking lot. He said the last thing he remembered was shooting himself up with the heroin, the report said.

Deputies gave both Powell and Hall Good Samaritan sheets. The Good Samaritan law gives offenders the opportunity to seek treatment within 30 days. Per the law, offenders get two shots at immunity from prosecution. After two overdoses, the offender can be charged if someone is keeping track. There's no state database for heroin overdoses.

Warrants were obtained for Powell's and Hall's arrests for an endangering children charge.

Child Protective Services in Stark County was notified of the incident. CPS told deputies that both suspects had an open case out of Mahoning County, prompting authorities to contact CPS there. Mahoning County CPS confirmed this and went to the hospital to take temporary custody of the baby, according to officials.

Both suspects were booked on Wednesday after being arrested for endangering children charges.

They are due in court next week.