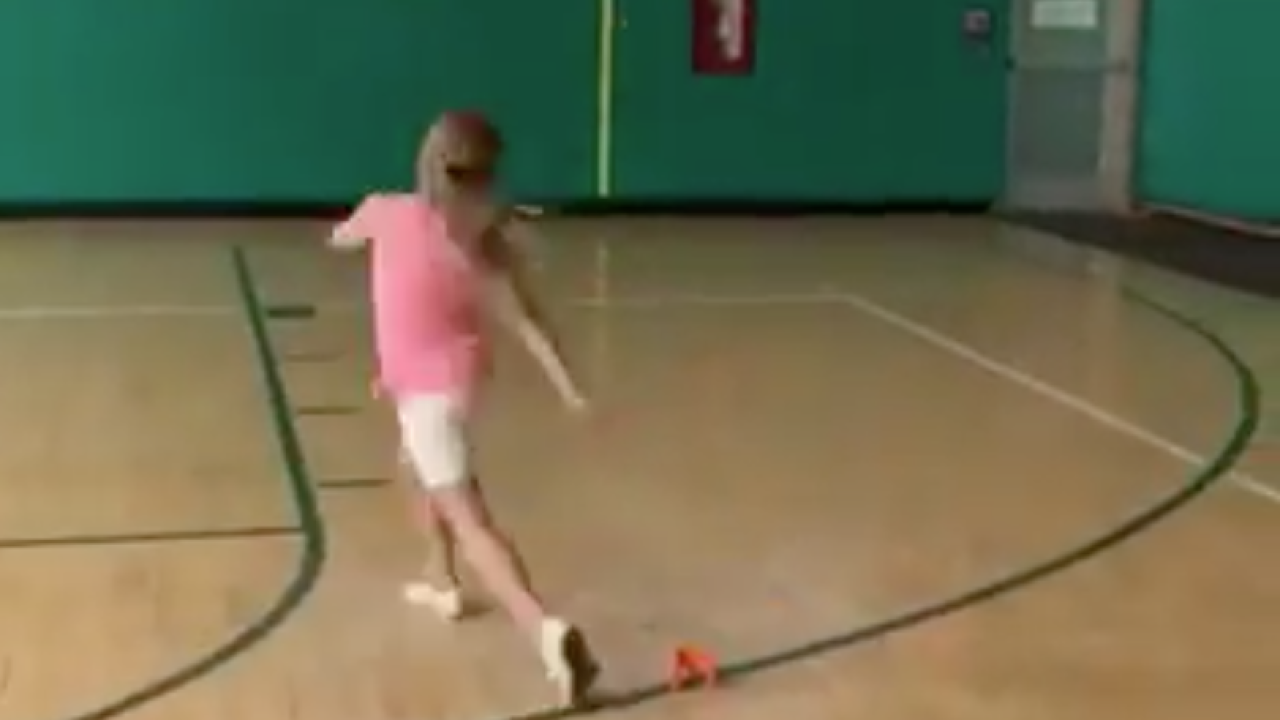 CANTON, Ohio — A Canton third grader has gone viral after her teacher posted video on Twitter of her nailing a field goal.

Physical Education teacher Kent Hamilton said Emma is a soccer player and he was looking for a creative way to practice kicking indoors.

He decided to project a an image of a field goal on the gym wall and see if she could nail the kick.

Field Goal practice today in #PhysEd! Projected the posts on the wall and added tape for the mat! This 3rd grader need an @NFL tryout! 🏈 pic.twitter.com/fdntGJBcY4

The video has been seen more than a million times since it was posted last week.

Lloyd is a member of the Woman's U.S. Soccer team and trained with a few NFL teams during the preseason.

Hamilton said seeing Lloyd play is a sign that women may be playing professional football soon.

"I don’t think a female player in the NFL is that far off. This is proof our future is bright for girls," Hamilton said.

Hamilton said Bears fans and Jets fans have been tweeting him saying they want Emma as their kicker, but after Austin Seibert's performance on Monday, he thinks his job with the Browns is safe.