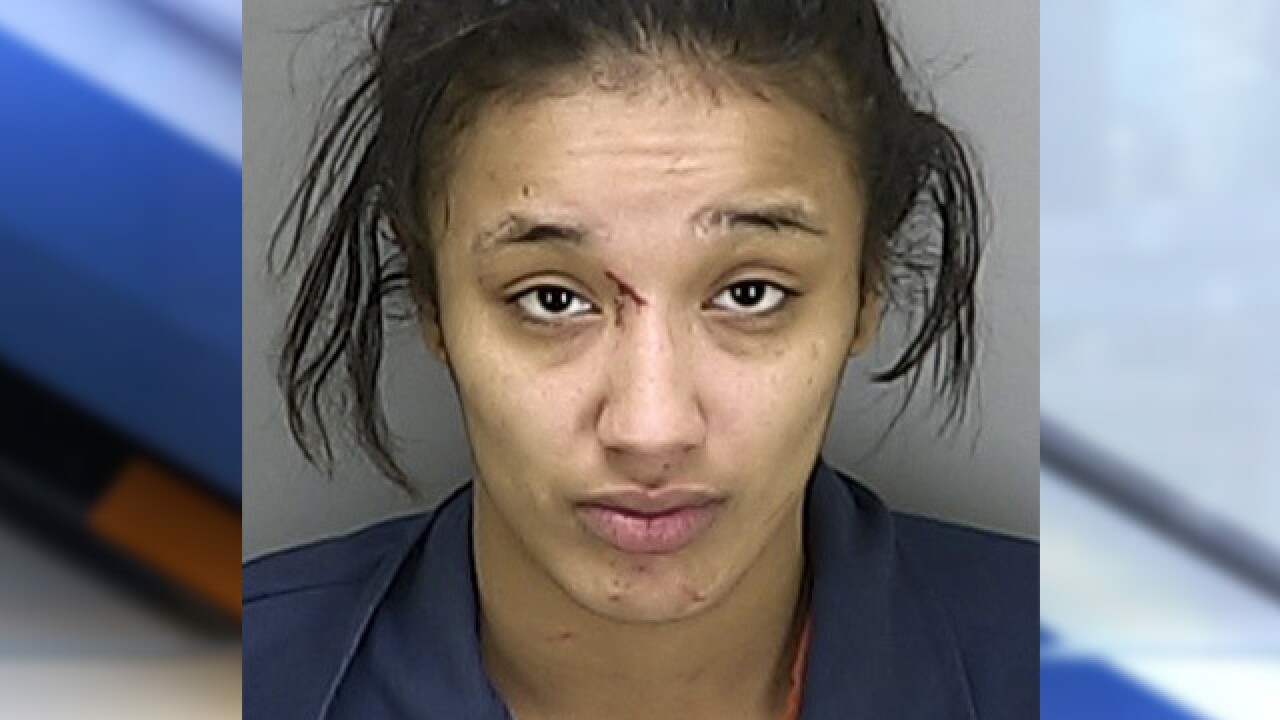 An Akron mother is facing charges after she allegedly drove by a man's house and shot at him on Tuesday, according to Akron police.

Authorities responded to the 400 block of Storer Avenue around 3 p.m. for a man who reported that the mother of his three children drove by and shot at him while he was standing on the front porch with two other people.

The bullet went through the front door and into a nearby wall, police said. No one was hurt in the shooting.

Lenoir is about 5-feet-9-inches tall and weighs around 130 pounds. She should be considered armed and dangerous, police said.

Anyone with information regarding Lenoir's whereabouts is asked to call the Akron Police Detective Bureau at 330-375-2490.