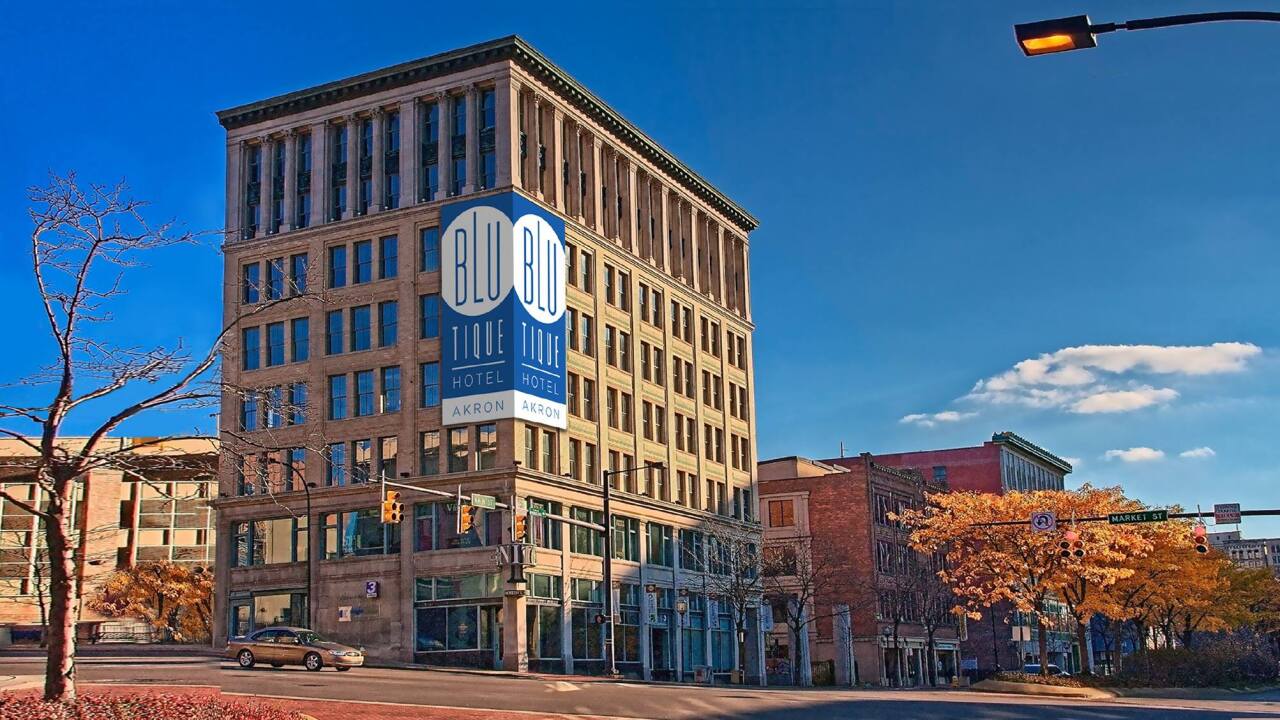 AKRON, Ohio — Akron developers and officials are hosting a ribbon-cutting to mark the grand opening of the BLU-tique Hotel in Akron’s historic downtown arts district.

The grand opening is scheduled to begin at 10 a.m. Watch it live below.

The 8-story, 71-room boutique hotel occupies the United Building on South Main Street in downtown Akron. The hotel will open up to the public on New Year’s Eve.