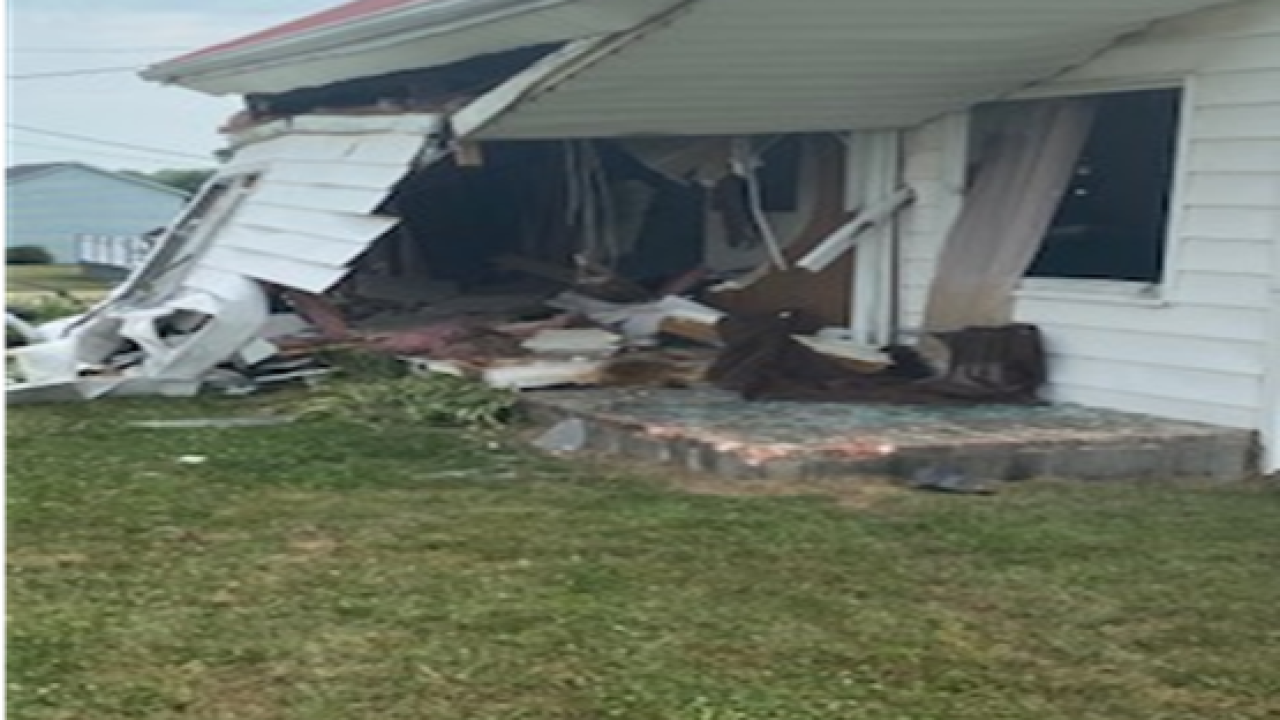 EAST CANTON, Ohio — An East Canton woman crashed into a home after she told police she swerved to avoid hitting a dog in the road, according to the Ohio State Highway Patrol.

Troopers responded to 2368 Miday Avenue NE East Canton on Thursday at around 8:16 a.m.

Troopers found a Ford Focus has crashed through the front of an unoccupied residence.

The driver was not injured, but troopers gave her a citation. The woman told troopers she served to avoid hitting a dog. Troopers said she overcorrected, causing her to travel off the roadway.

The driver was wearing a seat belt at the time.

Alcohol and drugs are not expected to be a contributing factor in the crash.