Amid zoning issue, Pepper Pike families don't know which district their kids will attend this fall 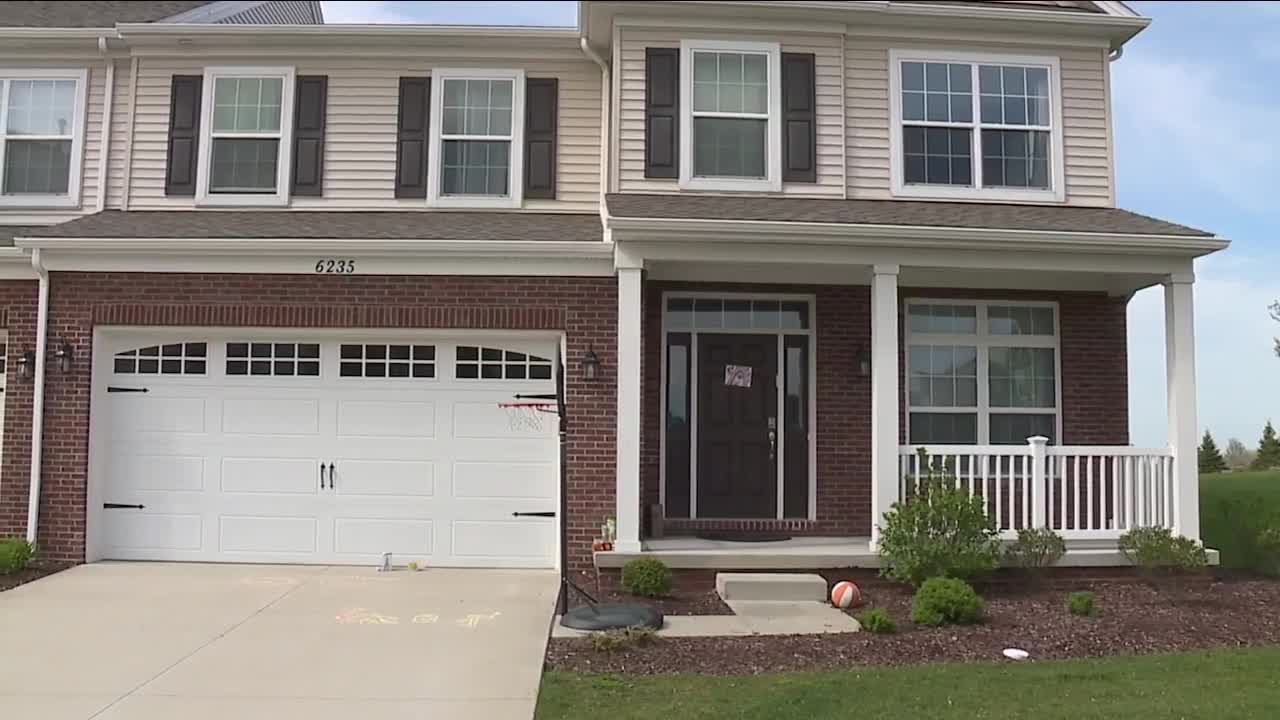 School starts back up for many children in just a few weeks, and while parents and children may have a lot of worries as they head back to the classroom or adjust to online learning, a few Pepper Pike families are dealing with an extra layer of anxiety. 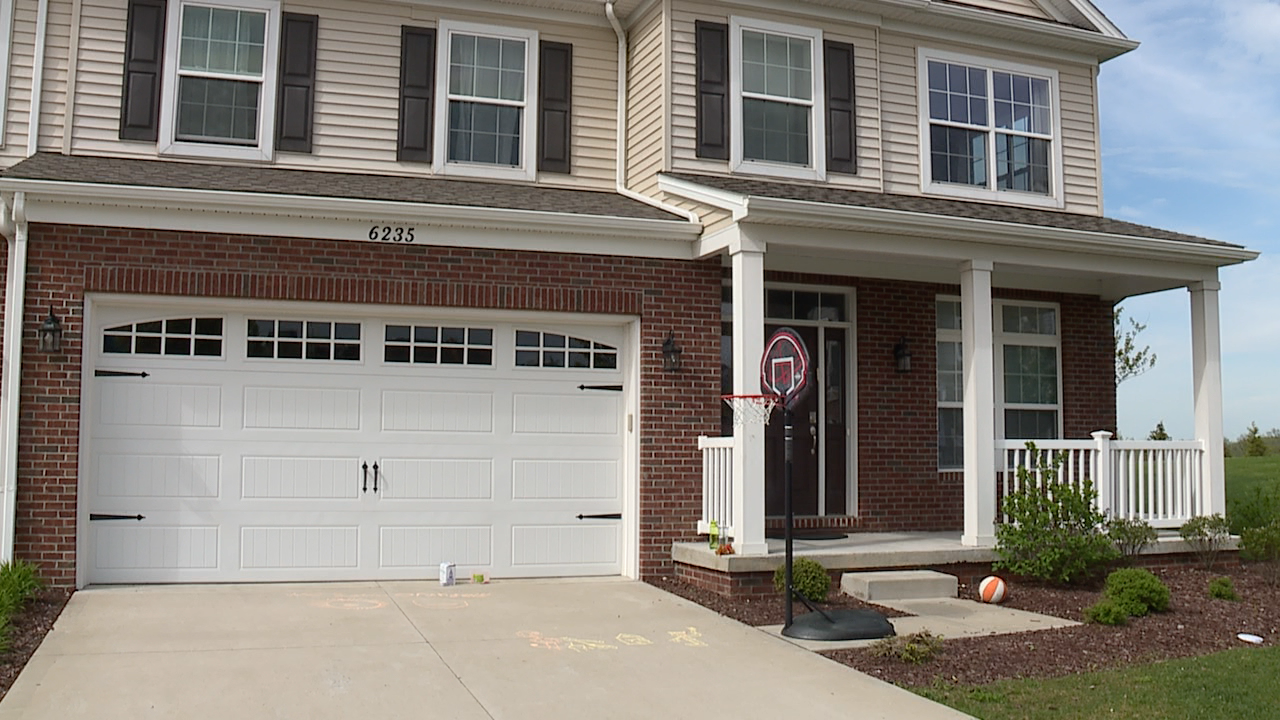 PEPPER PIKE, Ohio — School starts back up for many children in just a few weeks, and while parents and children may have a lot of worries as they head back to the classroom or adjust to online learning, a few Pepper Pike families are dealing with an extra layer of anxiety.

Those families, who have seven children among them, are not sure what school district their children will attend this fall, due to a zoning issue.

News 5 first told you about this issue in May, when the Kirschner family informed News 5 of their situation.

Parents Michael and Fani, along with their kids, 8-year-old Leon and 6-year-old Noam, built their house on North Pointe Drive in Pepper Pike three years ago. Since then, the boys have attended school in the Orange district, since that's the district in which their house was listed.

In early April, though, the family learned their house and 21 others in their neighborhood are technically part of the Beachwood district. Among those houses, there are seven children, including the Kirschner boys, who currently attend school in Orange.

"From the very first moment that we found out, we've had all the same anxieties that everybody has now with school and everything else," Michael Kirschner said. "And this has just added a whole other layer of anxiety in our situation, and I'm sure for our other neighbors, too."

Since then, the Kirschners and other families have been waiting to hear from the two districts about a possible solution to keep their children in the Orange district. However, Kirschner said he feels that they've been kept in the dark somewhat.

"We didn't know what was going on, but we were being patient," Kirschner said.

Now, though, school is set to begin in a few weeks, and the families have no answers. Kirschner said it has been tough on his children, who are concerned about not being in school with their friends and with familiar people.

"I don't think our kids can express it very well, but I know it's really difficult for them, and it comes out in other ways, their frustration," Kirschner said.

He hopes the district can talk to one another to find a "mutually agreeable solution," with the kids as the priority.

"I think we're all adults here and they’re leaders of the community, they can meet and come together and find some solution that's good for both districts," Kirschner said. "The best interest of the kids is to not make them switch districts now."

After learning of the Kirschners' situation, attorney Jeremy Tor reached out to help them. He is a partner at Spangenberg, Shibley & Liber.

"As every parent knows, we're all facing great uncertainty as to what the upcoming academic year has in store for our kids in light of the pandemic," Tor said. "The Kirschners have an added layer of uncertainty because they actually don't know what school district their kids are supposed to be attending."

He's helping them with their goal, which is to keep the kids in the Orange district. Tor said he's been in touch with both superintendents to see if the districts can solve this problem for the Kirschners and the other families.

"The impression I have is that both Orange and Beachwood are willing to try to reach some kind of solution here," Tor said. "The problem is they’re talking at cross-purposes. What Beachwood has in mind is not in alignment with what Orange has in mind, and so that's why we're at an impasse at the moment, and it's to the detriment of the Kirschners and the other families on their street."

However, because of COVID-19, the Ohio General Assembly passed House Bill 197, which paused administrative deadlines that were set to expire from March through the end of July. Tor said the Kirschners and other families are planning to submit their territory transfer petition to Beachwood this week.

"I think this is an unprecedented situation," Tor said. "We are mindful of the concerns that Beachwood and Orange [have]. One of the concerns is setting a precedent for other families down the road."

However, Tor said he doesn't think that's a concern because this situation is "unlikely to ever repeat itself."

"There is no danger of setting a precedent, because if anyone were to look back on the situation, they’ll say, 'This was so unique, so extraordinary, that what happened here and the resolution, hopefully, that's reached in this situation, doesn't apply to any future circumstance,'" Tor said.

Tor emphasized that the Kirschners did everything right.

"They specifically chose the house they live in so that they could be in the Orange school system," Tor said. "They did their homework. They did their due diligence. And they moved in, they bought and moved into the house, and they sent their kids to Orange."

Tor believes the only fair and just thing to do is for the districts to find a way for the Kirschner boys to continue in the Orange district.

"That's the whole reason they live where they live," Tor said.

The superintendents of both districts told News 5 they are still working on finding a resolution before the upcoming school year begins.

"Orange continues to work with Beachwood to find a resolution for the upcoming school year," Orange Superintendent Dr. Lynn Campbell wrote in an emailed statement to News 5. "With respect to the territory transfer process, any petition to transfer territory, in this case, would be filed with the Beachwood Board of Education, not Orange."

He added, "Now, Orange Schools have informed these families that they are not allowed to remain in that school district. Beachwood is committed to retaining this property within our school district and is ready to welcome these students to our schools. That said, Beachwood has attempted to resolve this matter with the Orange district so that these students can remain with their friends in Orange Schools. No resolution has been reached yet, but we remain hopeful that one can be prior to school beginning."