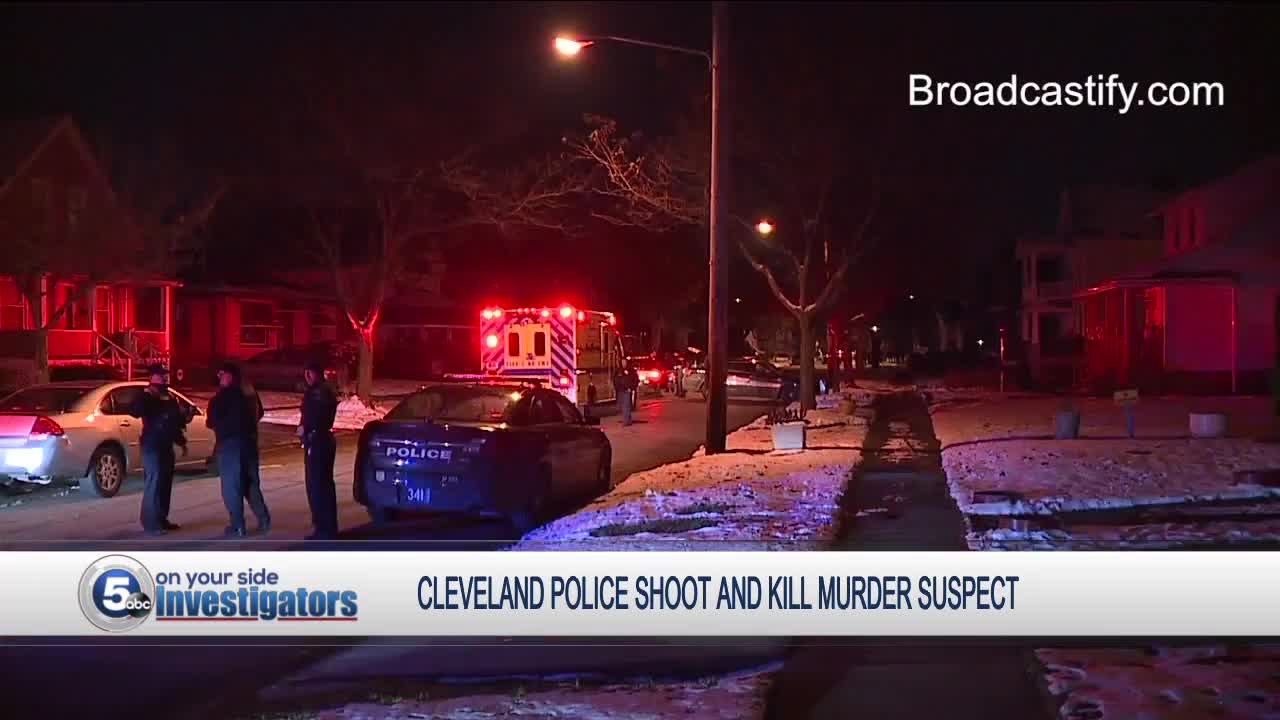 One person is dead after a Cleveland officer involved shooting on East 142nd Street in Cleveland Thursday night, according to release from The Cleveland Police Department. 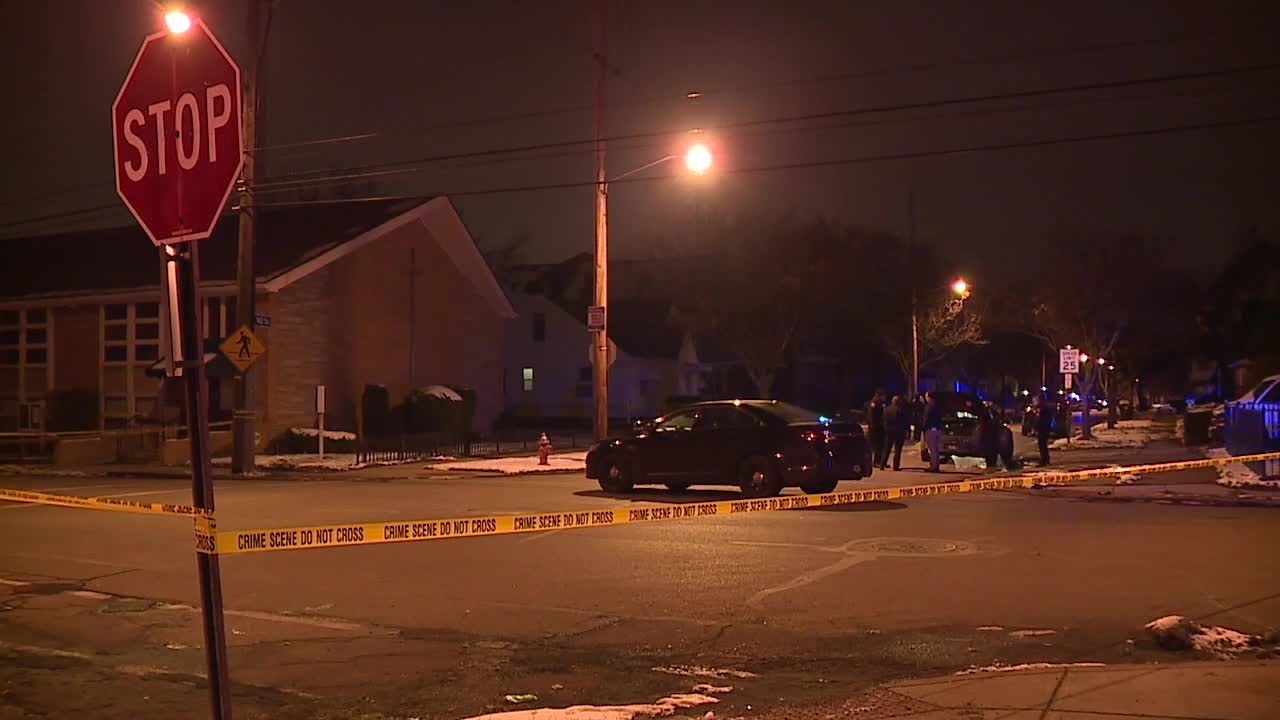 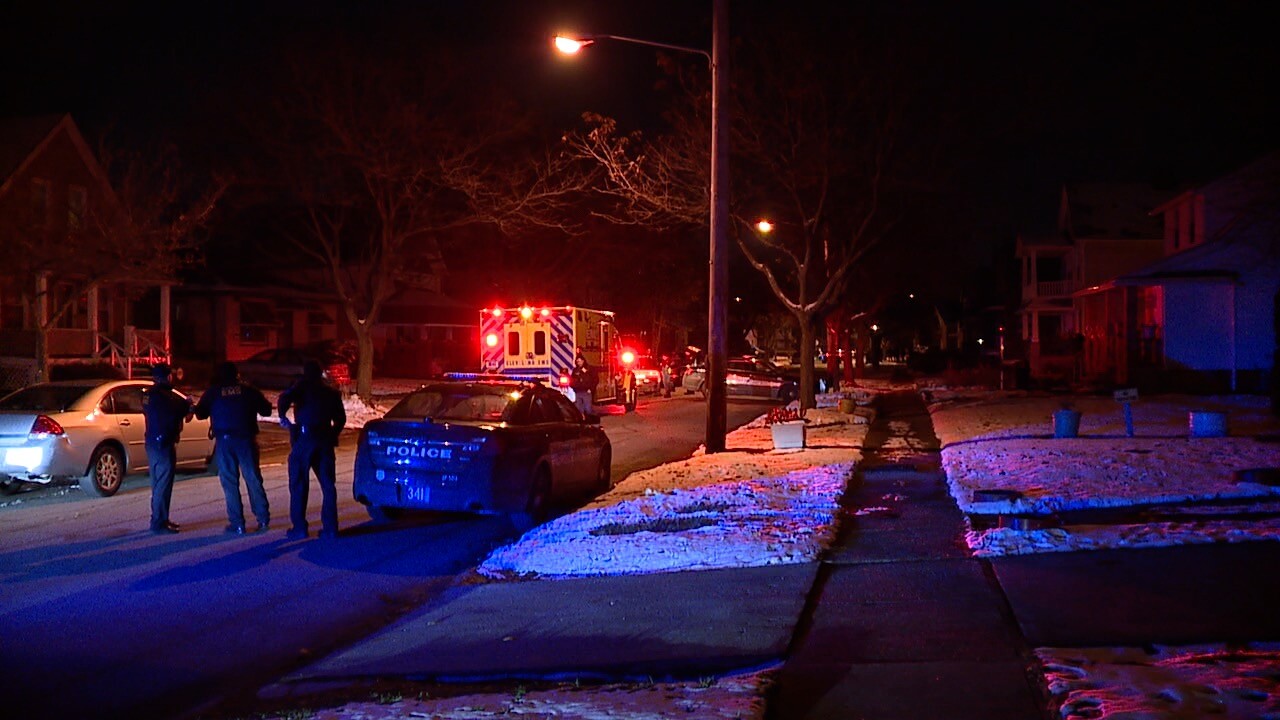 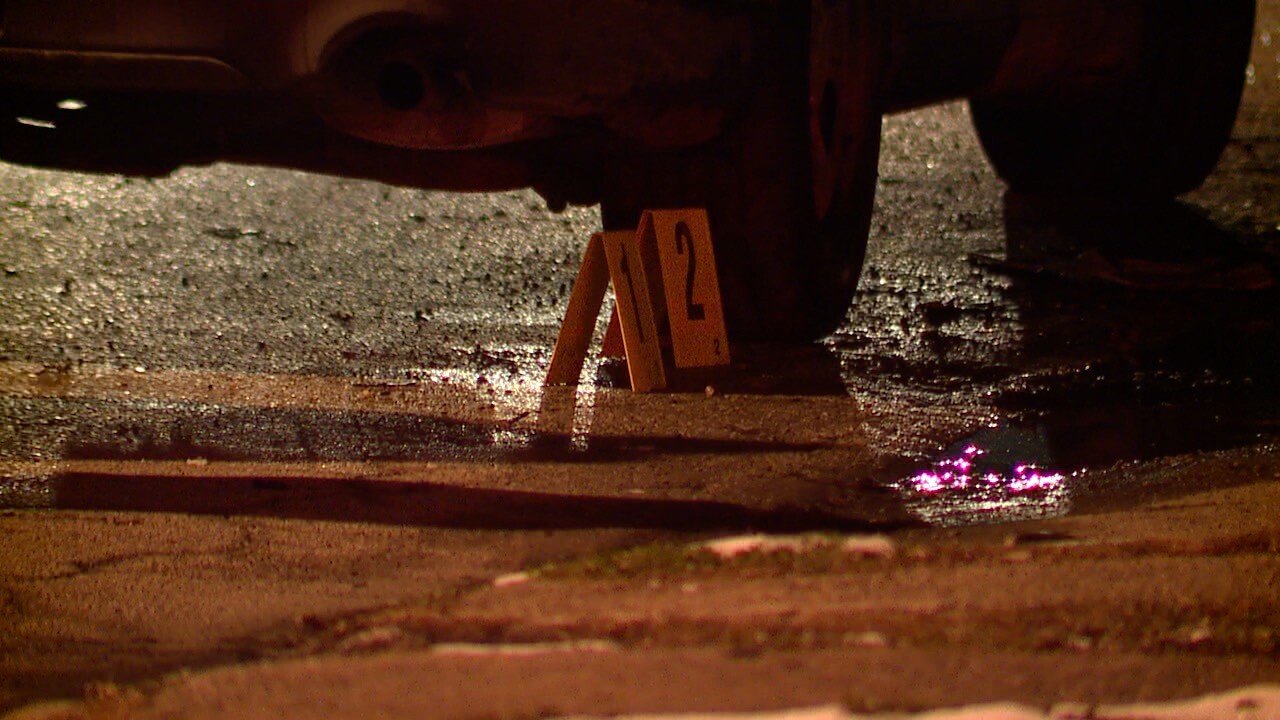 CLEVELAND — A suspected gunman is dead, shot by Cleveland police following a deadly shooting at a nearby gas station.

Police said it all started with a calls that someone was shot in the face outside that gas station near East 146th Street and Kinsman in Cleveland.

Witnesses told police the suspected shooter walked into the surrounding neighborhood. Police quickly found a man matching the shooter's description, then reported that he shot at them and that the man appeared to have a rifle.

Investigators tracked the man to a home in the 3700 block of East 142nd Street.

"I didn't hear an exchange of gunfire at all," said Louis Dantzler who lives in the home near where the suspected killer was shot by police. "It was just about four gunshots, like 'pow, pow, pow, pow' from an automatic."

The man shot and killed by police has been identified as 27-year-old Mark Sheppard, according to the Cuyahoga County Medical Examiner's Office.

A witness told News 5 that he saw a gun near Sheppard's body.

Brown's friends said Friday that he was friends with the man accused of shooting and killing him, but that the two men had an argument.

"It seemed like it was cool," CJ Johnson said. "The other cat went around the corner, got the gun, came back and shot him."

He doesn't understand why someone would kill Brown.

"He has no bad bone in his body," Johnson said. "He's not a negative individual. He's living in the same neighborhood we live in, just trying to survive. There's nothing negative he did."

Members of the Cuyahoga County Sheriff's Office responded to the shooting at East 142nd Street. The sheriff's office will take over the investigation into the officer-involved shooting.