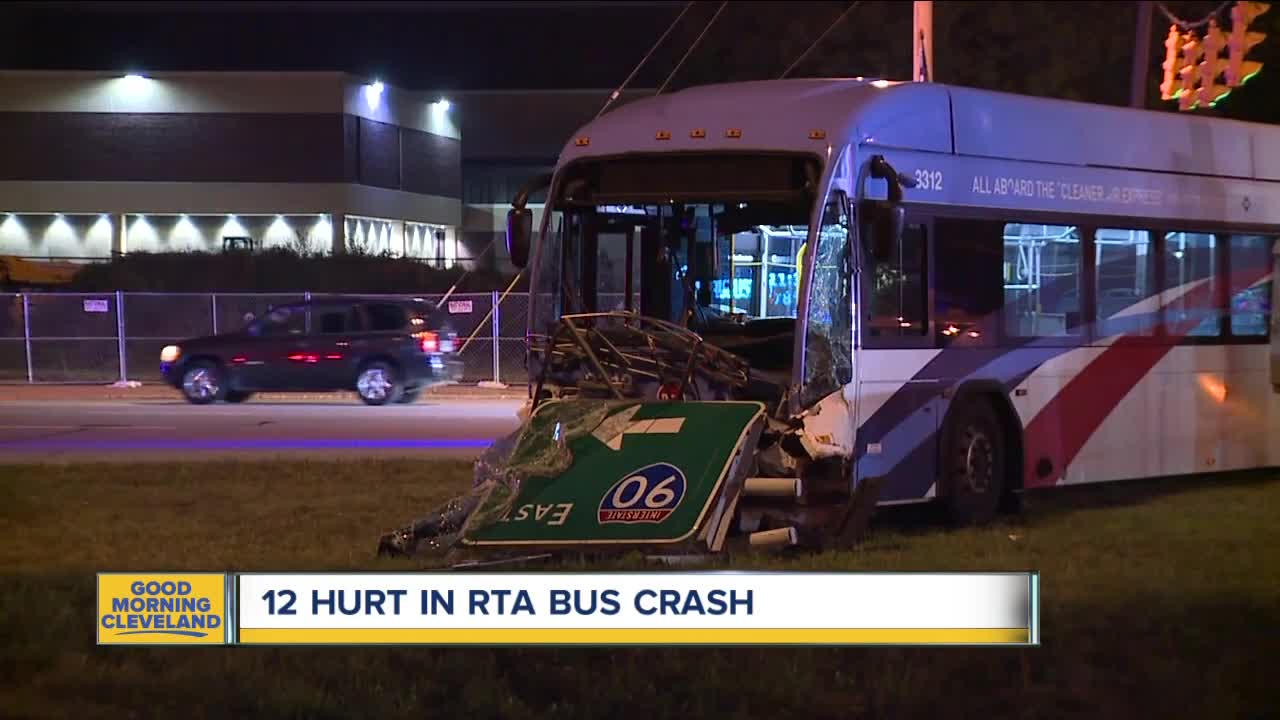 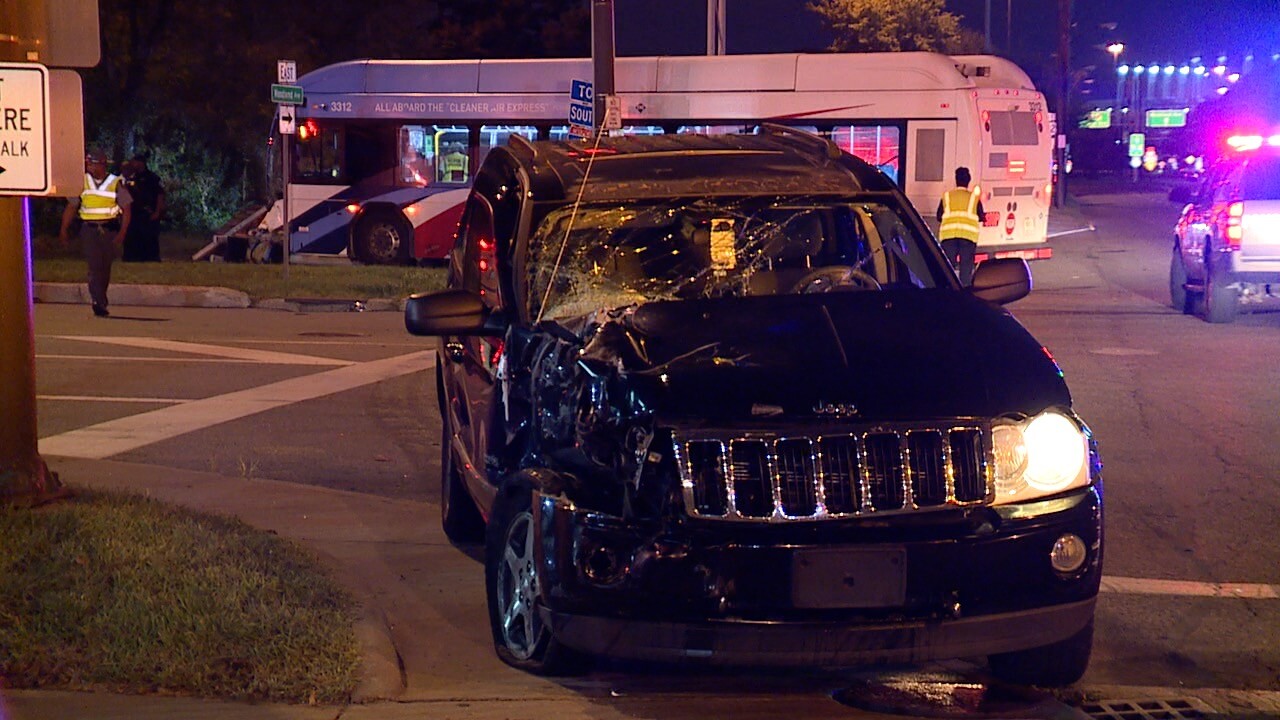 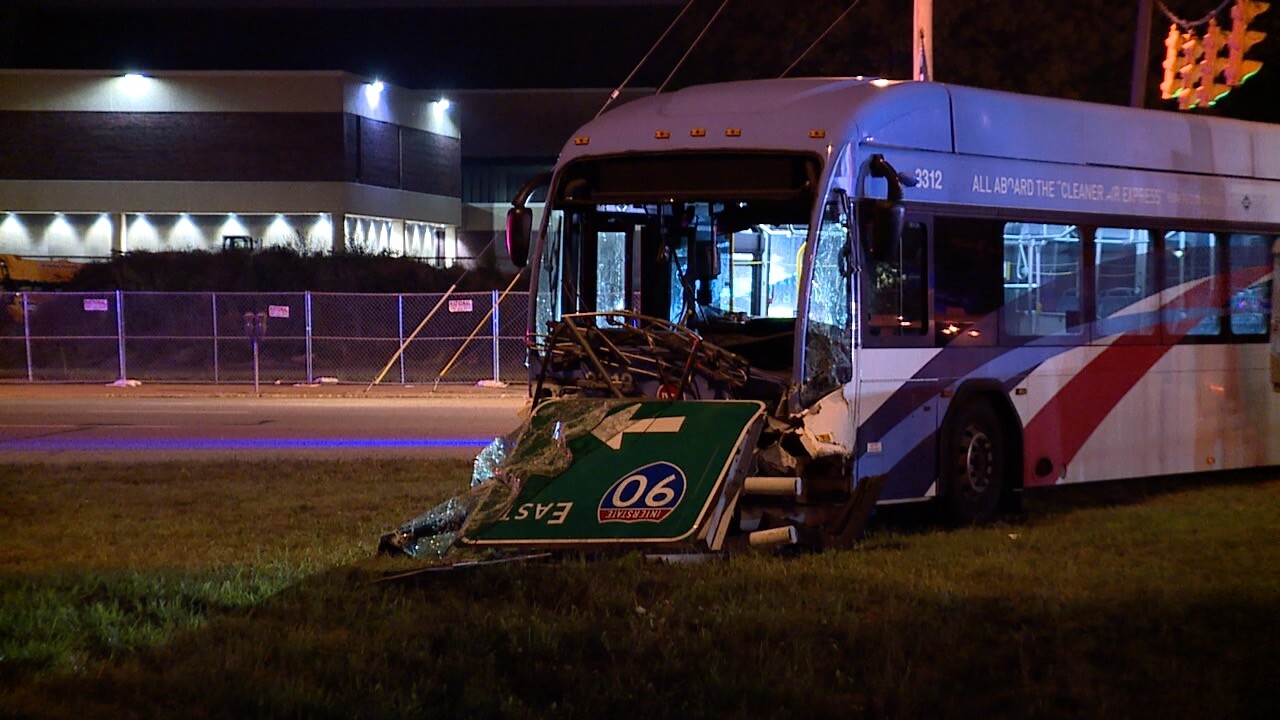 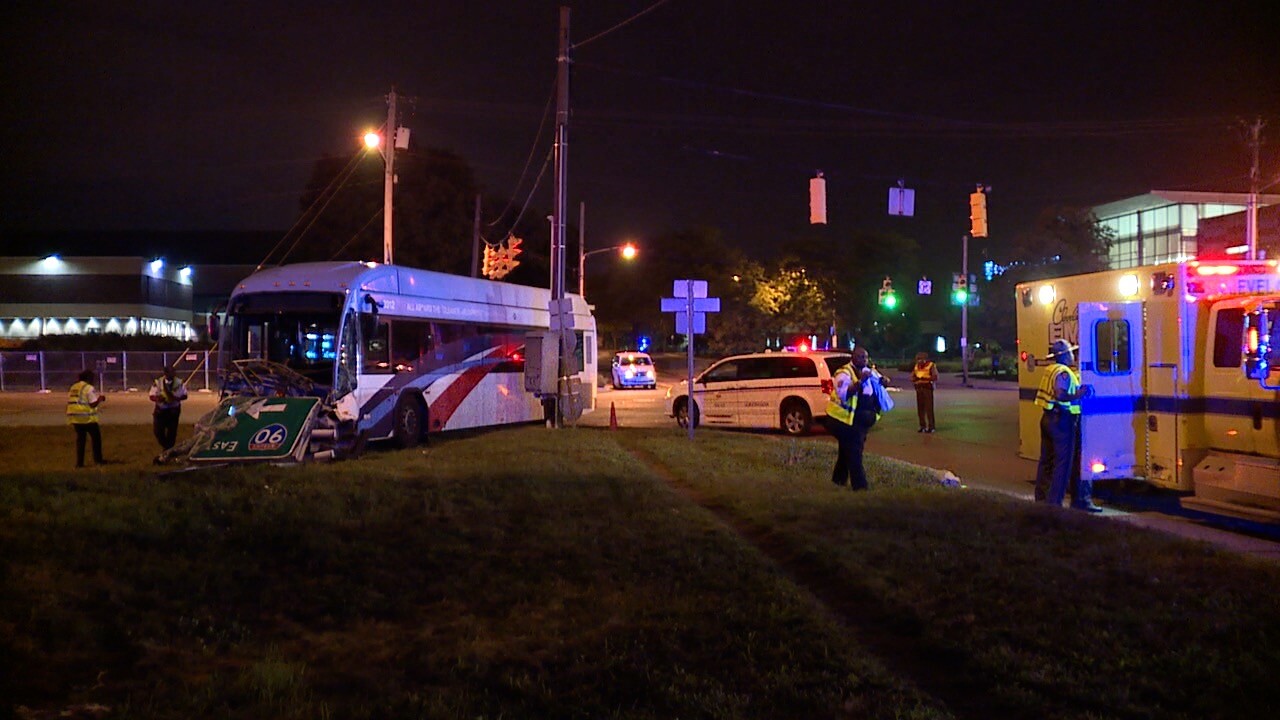 CLEVELAND — Twelve people were hospitalized on Sunday after a driver of a Jeep ran a red light at the intersection of East 30th Street and Woodland Avenue and hit an RTA bus with passengers inside.

The Ohio State Highway Patrol, along with EMS and RTA employees were at the scene of the crash at around 10:36 p.m.

Officials at the scene confirmed the bus was traveling southbound on East 30th Street with a green light when a Jeep heading westbound on Woodland ran a red light.

All the passengers on the bus were transported with minor injuries and all are in stable condition, according to EMS.

Officials said the driver of the at-fault Jeep was transported with a suspected OVI.