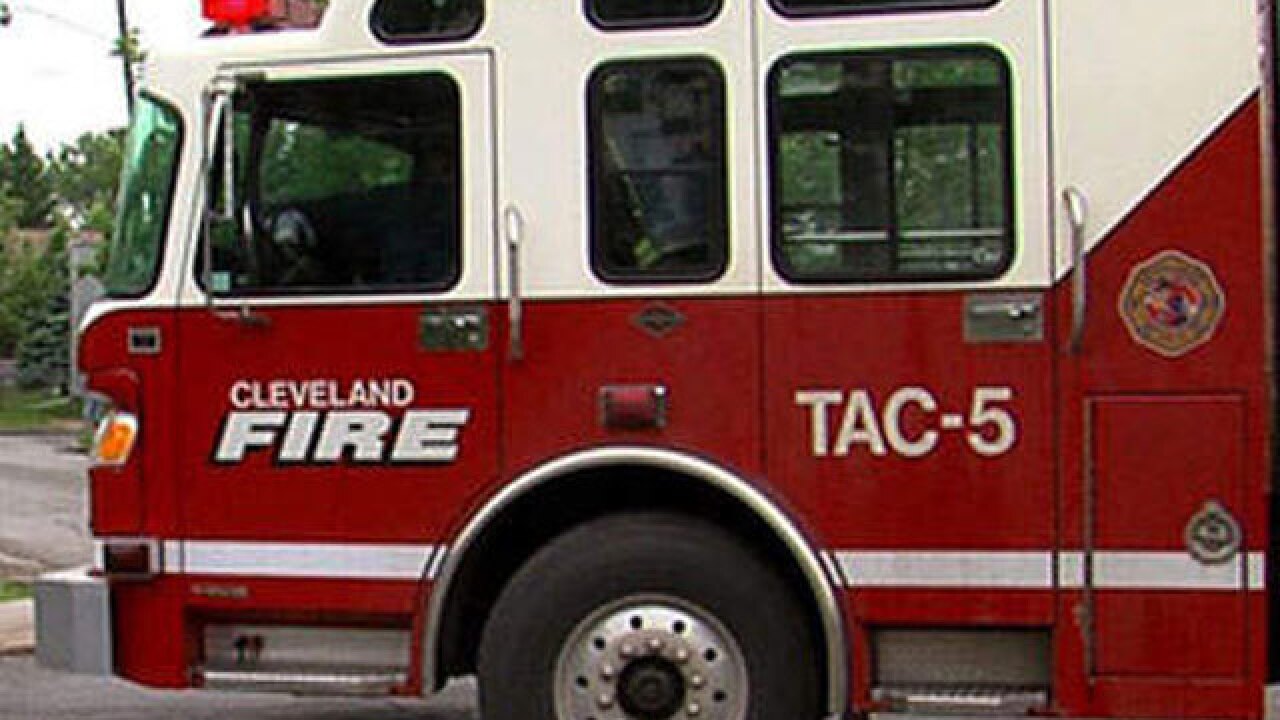 The explosion happened before 10 p.m. in the 10000 block of Shaker Boulevard.

A Cleveland Fire Department spokesman said two people were checking a fuel line, when it exploded.

They were both transported by EMS to Metro Hospital.