3 people taken to hospital after crash involving a school bus 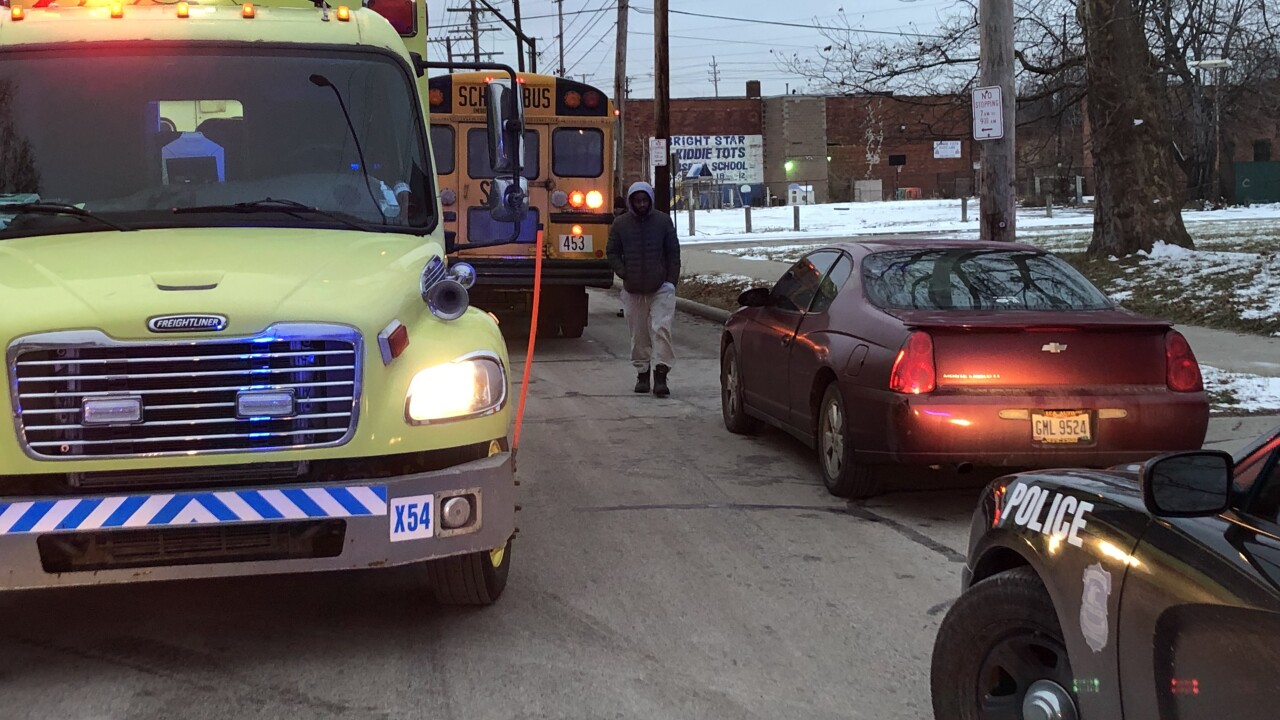 Gary Abrahamsen
Crash involving bus at the intersection of Glenside and St. Clair

CLEVELAND — Three people were taken to the hospital after a crash involving a school bus Monday morning.

The crash happened near the intersection of St. Clair Avenue and Glendside Road.

A car involved in the crash sustained some damage to its front hood. The bus didn't appear to have any damage, according to a News 5 photographer on scene.

Another bus arrived at the crash scene and picked up the children.

It's unclear at this time if the three people taken to Rainbow Babies and Children's Hospital were children.