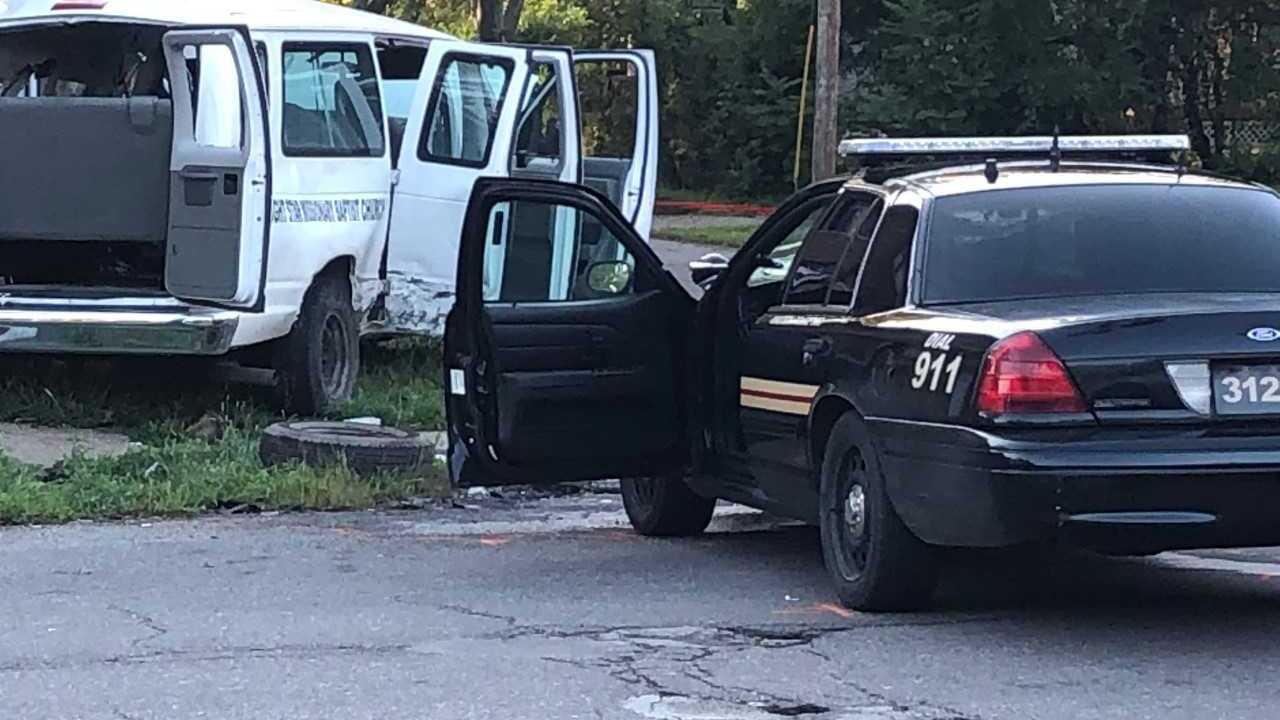 EAST CLEVELAND, Ohio — Four children and an adult are recovering after a crash involving a preschool bus and an East Cleveland police officer.

The crash happened near Holyoke and Hayden avenues around 4:30 p.m., according to the Ohio State Highway Patrol.

Police said East Cleveland officers were assisting University Circle officers with a vehicle that may have had a homicide suspect.

While at the scene, a spokesperson for the Ohio State Highway Patrol said an accident happened between a patrol car and a van owned by Bright Star Missionary Baptist Church.

The van’s 67-year-old driver, a 20-year-old passenger and three children—ages 5, 9 and 10 years old, were transported to nearby hospitals for treatment, according to troopers. The three children were last known to be in serious condition.

The Ohio State Highway Patrol will be handling the investigation.