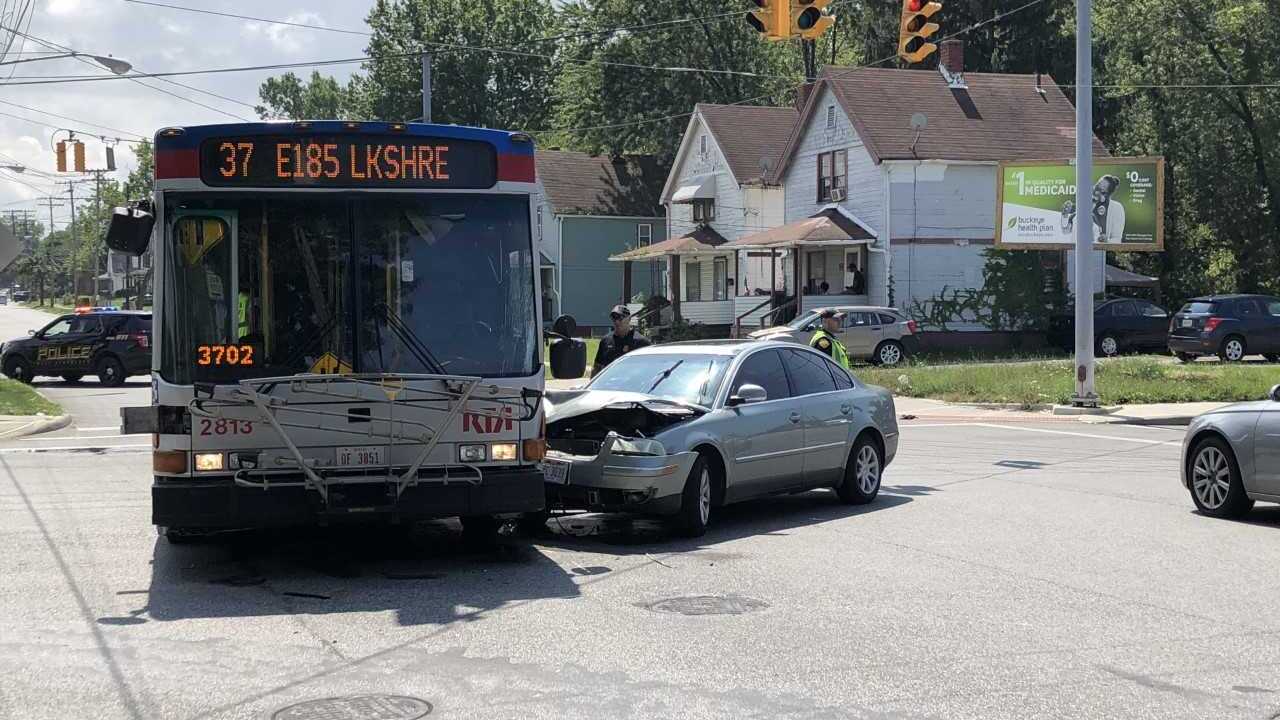 CLEVELAND — Five people were injured after a car crashed into an RTA bus on Cleveland's East Side, according to an EMS spokesperson.

A spokesperson with RTA said the bus was driving north on East 152nd Street when a car that was being chased by police hit the bus.

Five people were transported to Euclid Hospital in stable condition. A 62-year-old woman, 17-year-old girl and a 41-year-old man were three of the five injured.

It is unknown why police were chasing the vehicle.