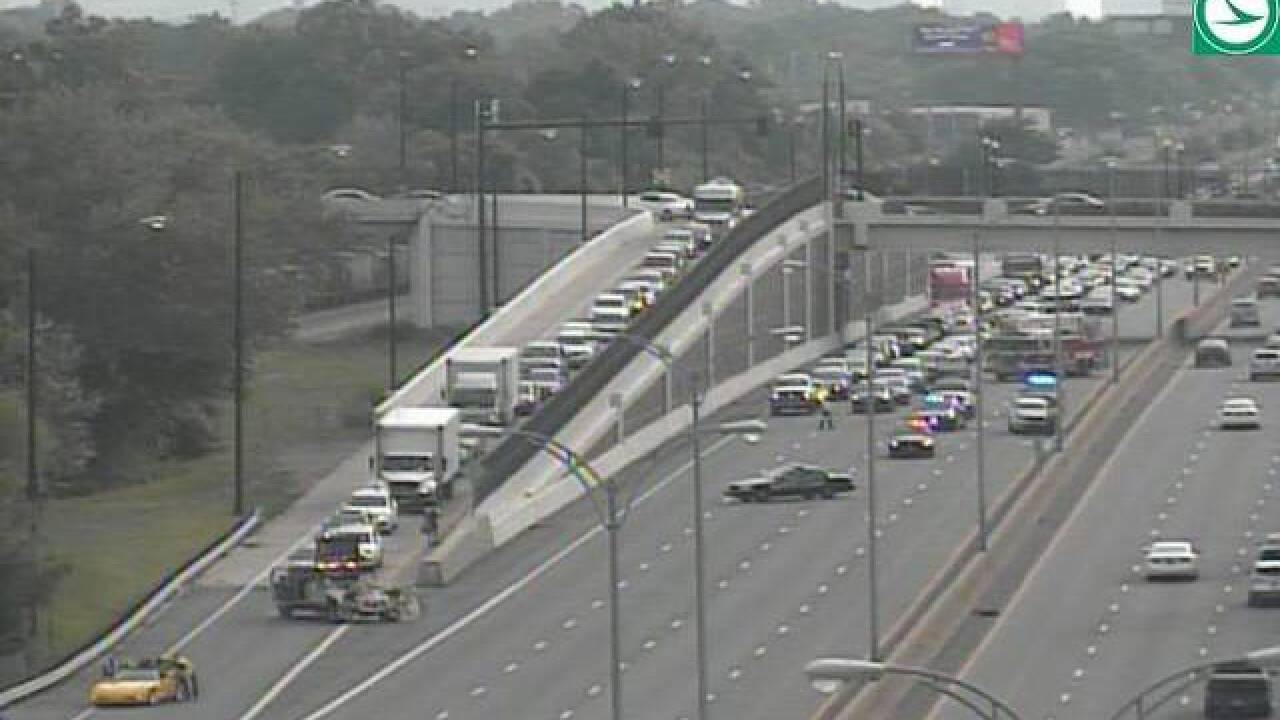 Copyright 2018 Scripps Media, Inc. All rights reserved. This material may not be published, broadcast, rewritten, or redistributed.
<p>Image from an ODOT traffic camera on I-90 near Eddy Road. (Source: ODOT)</p>

An accident on eastbound Interstate 90 at Eddy Road closed the left lanes Wednesday evening, according to the Ohio Department of Transportation.

Drivers were delayed on I-90 eastbound between Eddy Road and East 140th Street, ODOT said. A traffic camera in the area showed emergency vehicles in the left lanes, and a significant traffic backup.

EMS responded and transported a 45-year-old male to Cleveland Clinic in stable condition, according to Commander Christopher Chapin with the Division of Emergency Medical Service.

As of 7 p.m., traffic cameras shows the accident had been cleared and traffic was flowing normally.