Another Cleveland script sign has popped up — can you guess where? 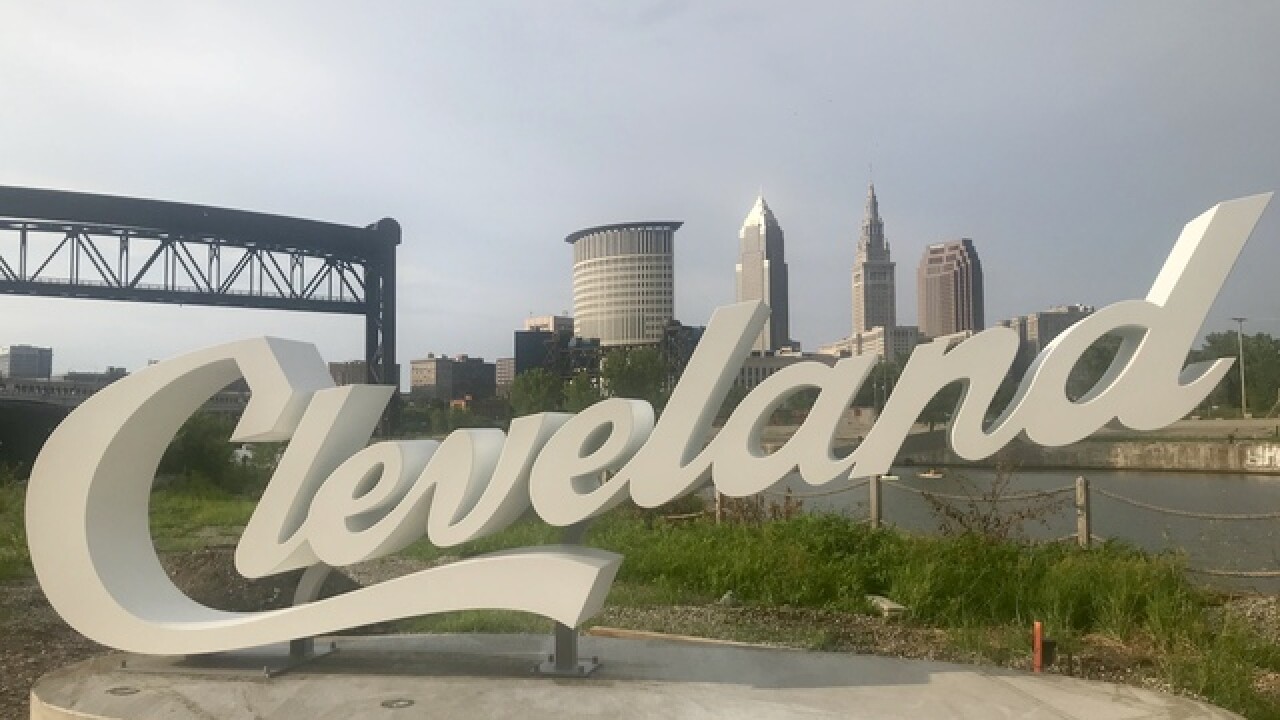 Another Cleveland script sign has popped up, giving locals and visitors a sixth photo op stop.

The newest sign is along the Cuyahoga River at The Foundry on Columbus Road.

According to Destination Cleveland's website, the Cleveland script signs were installed "in picturesque locations with the intention that both locals and visitors would seek them out for signature photos they might share with friends and family on social media."

The Foundry collaborated with Destination Cleveland to bring the sign to another spot in the city with the Cleveland skyline as the backdrop.

According to Destination Cleveland, each new sign costs about $40,000. The tourism group said the Foundry is paying half of the cost.

The script signs have become popular photo spots for locals and visitors alike. Edgewater Park, North Coast Harbor, Tremont and Euclid Beach Park have become sought after locations to snap a quick picture with the skyline in the background. There's also one at the Cleveland Hopkins International Airport. Now, rowers and sailors down at The Foundry can join in the fun, too.