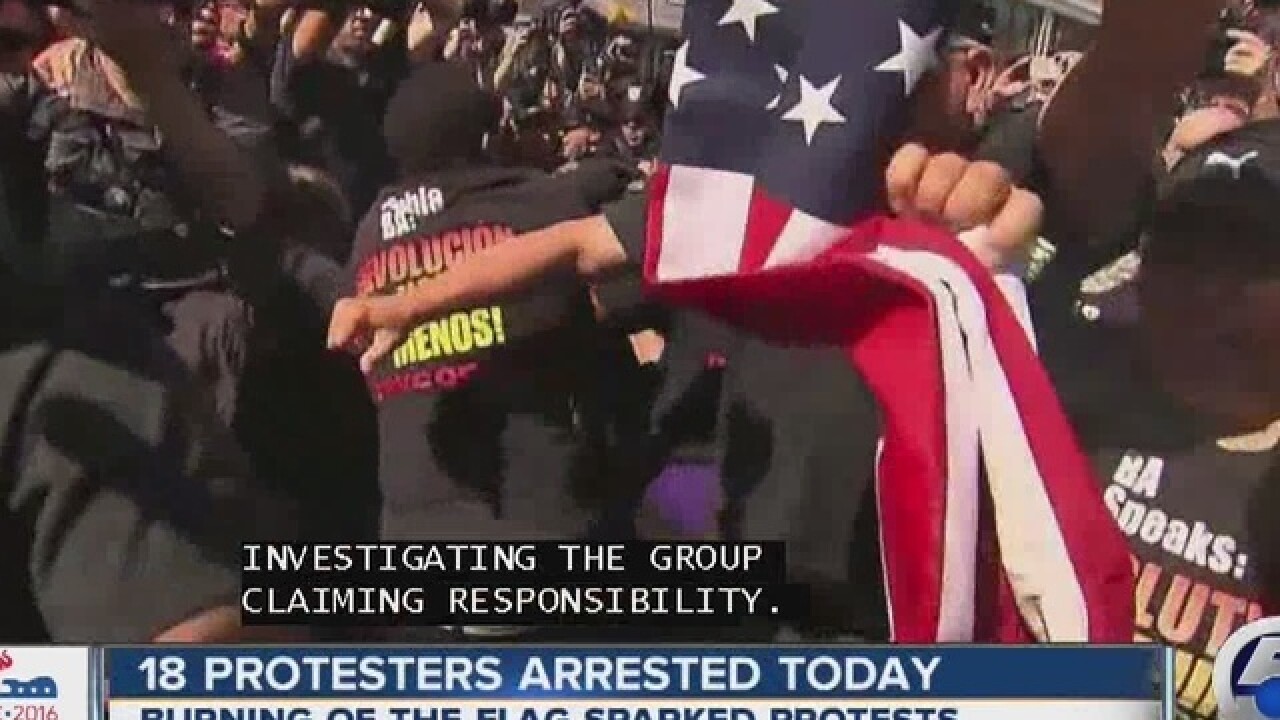 The felony charges brought against two protesters accused of assaulting a police officer at a flag burning demonstration during the Republican National Convention have been dropped, according to court records.

Joseph Scogin and Dominique Knox were arrested in July 2016. The case against them was dismissed on Wednesday.

"This was a tremendous victory for free speech," said their attorney Terry Gilbert.

According to a press release issued by the Ohio Chapter of the National Lawyers Guild, twelve additional RNC protesters still face charges in Cleveland Municipal Court.

Jacqueline Green, co-coordinator of the Ohio Chapter of the National Lawyers Guild has filed a motion to dismiss the charges.

"These arrests, detentions, and prosecutions represent retaliation against protesters for exercising free speech rights," Green said. "Cracking down on people who express dissent is an egregious attack on democracy that cannot be tolerated."