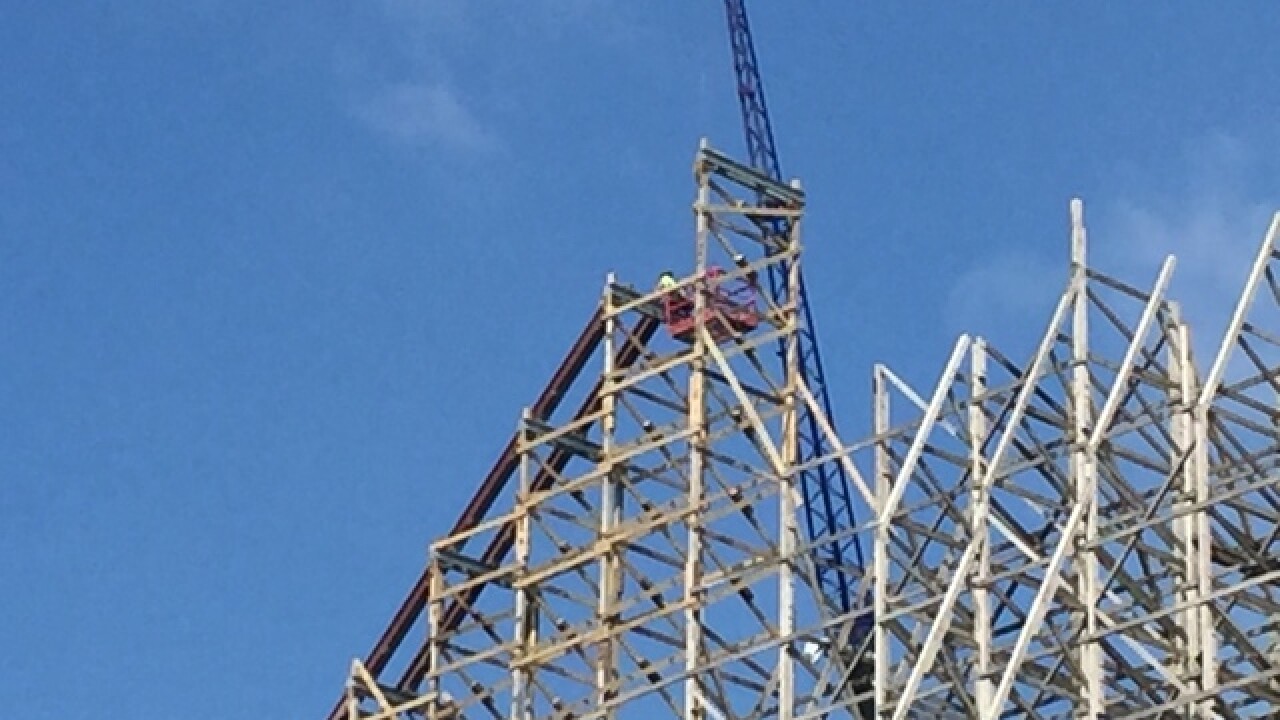 Copyright 2017 Scripps Media, Inc. All rights reserved. This material may not be published, broadcast, rewritten, or redistributed.
<p>Rail installation nears the top of the old Mean Streak wooden roller coaster at Cedar Point.</p> 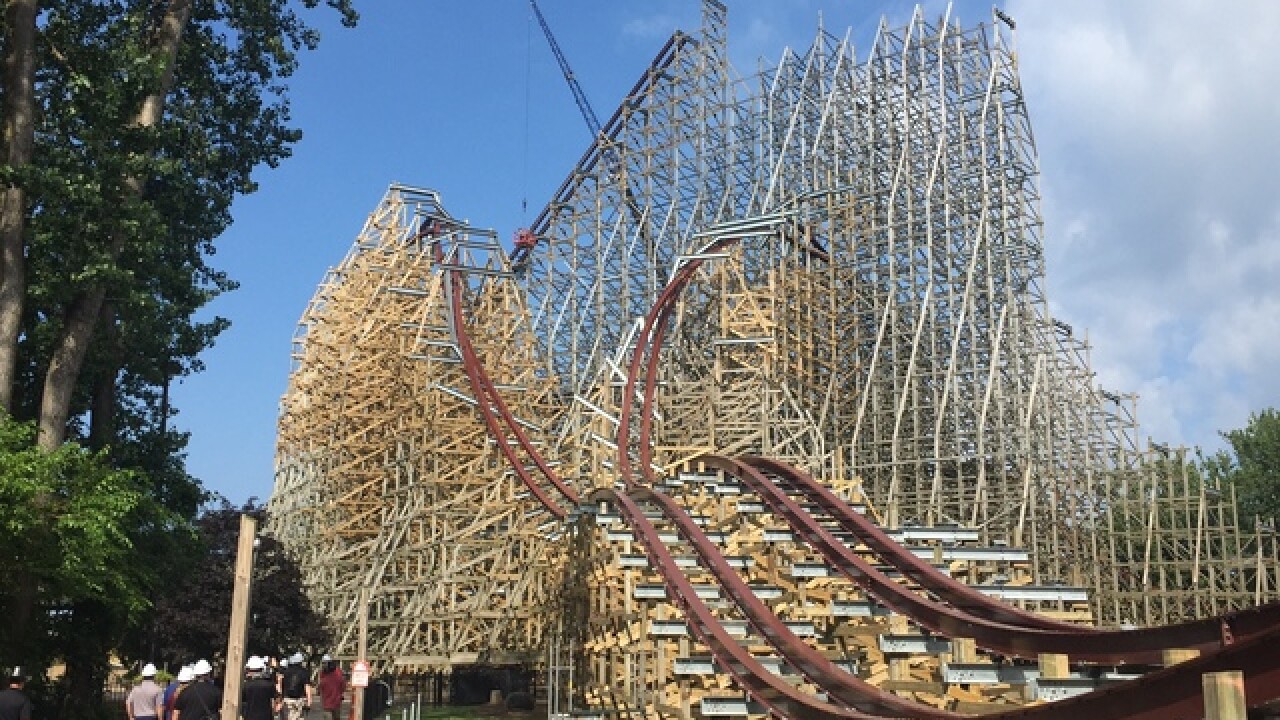 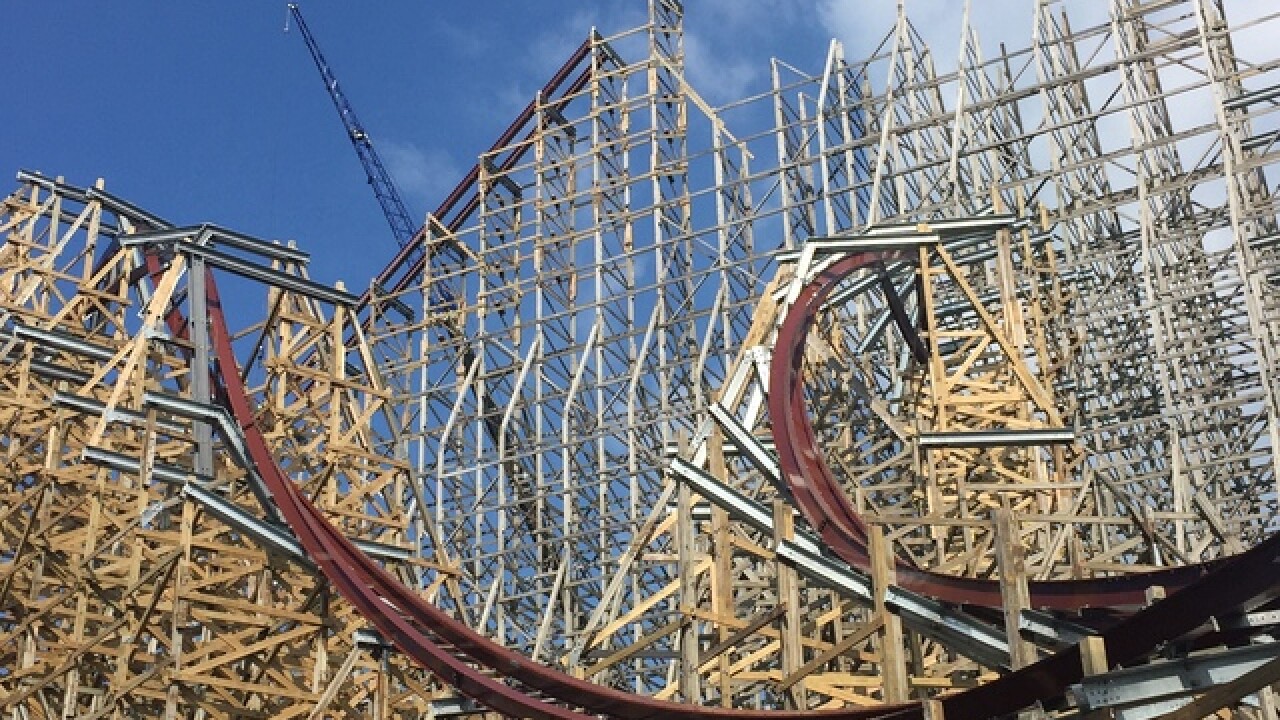 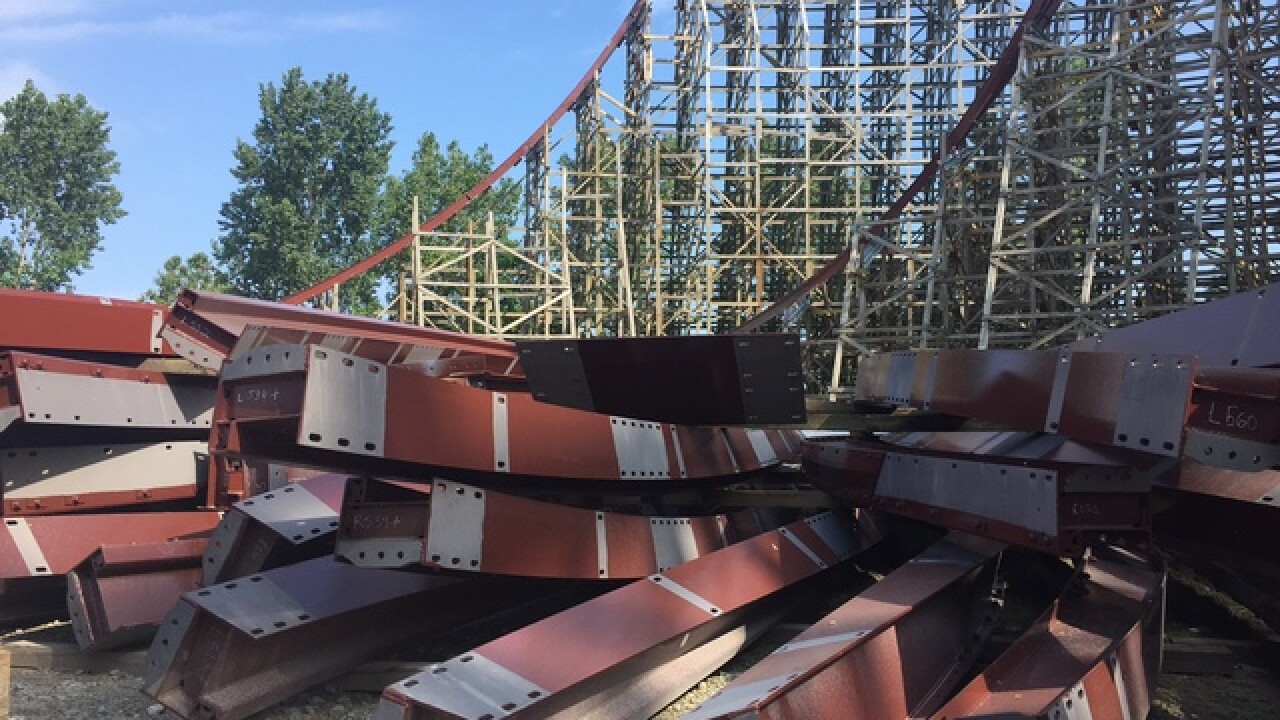 For 16 years Cedar Point’s wooden roller coaster Mean Streak stood as a testament to what could result when you combined a child's imagination with an adult’s knowledge of physics and engineering.

It was a literal forest of wood that was milled, shaped, bolted and nailed to create what was one of the fastest tallest wooden roller coasters in the world until it was closed by the park in 2016.

“You know anytime we take a ride out there are people that say that’s their favorite ride or they love it for a specific reason,” said Jason McClure, Vice President & General Manager of Cedar Point. “It was a really big wooden coaster and people didn’t like wooden coasters.”

“We really listened to our guests, their feedback, we tracked the ridership, we knew there was an opportunity to do something to improve the ride experience here and get more riders,” McClure said after leading a tour of the Mean Streak construction site.

Crews are in the process of placing massive steel rails on the wooden bones of the old coaster and, though it will look like the old mean streak from afar, be sure this will not be the same coaster with the steel rails allowing for greater speed, twists and upside down turns the wooden track could not.

“Mean Streak’s gone,” said McClure. “When we told people that, when we said it, we really meant it. Mean Streak’s gone, the vestiges of it are gone, what’s coming here, is a new attraction, it’s a different experience.”

If you are wondering how fast or high the new ride will go or what it will be called when it debuts for the 2018 season, you are not alone and the folks at Cedar Point like it that way. “We’re still being coy about all of that cool information,” said McClure.

“Before the end of the 2017 season we’ll have all of the details, we’ll get it out there. It’s fun for people to watch it as it’s being built and kind of form their own guesses.”

“We want for people to continue to kind of have some fun on their own trying to figure out how the ride’s going to be.” What it won’t be is Mean Streak rough.