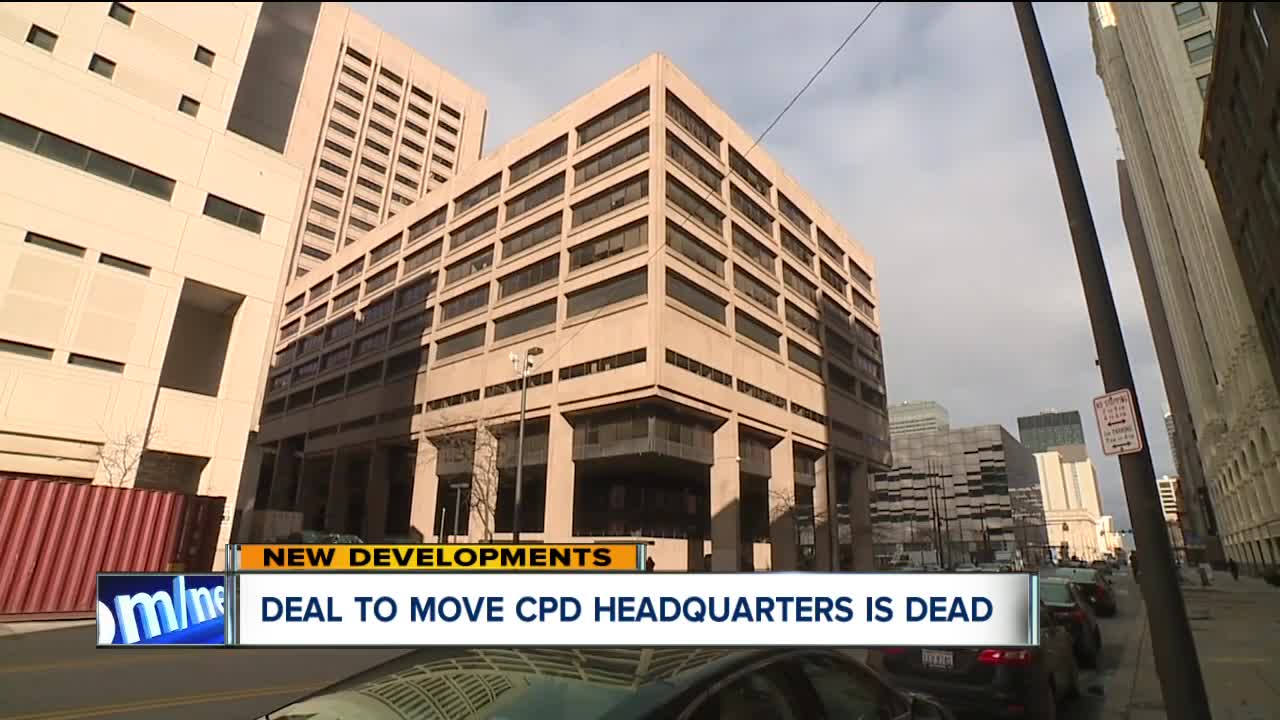 CLEVELAND — A spokesman for Cleveland Mayor Frank Jackson said Tuesday that the administration is no longer considering the former Plain Dealer building at 1801 Superior Ave. as the new headquarters for the city’s police department. It marks the first time the administration has publicly acknowledged the $60 million deal is dead after the mayor’s office announced in September that negotiations had reached an impasse.

Tuesday’s announcement follows more than a year of negotiations, studies, surveys and planning related to the new headquarters for the Cleveland Division of Police. The department was slated to move into it’s new headquarters by Spring 2019.

With the administration no longer considering 1801 Superior, the entire timeline is unknown.

The city sold it’s current headquarters at the Justice Center to Cuyahoga County for $9.25 million under the belief that the police department would be moving into its new location by Spring 2019. Under that deal, the city would also lease the building back from the county for $2.8 million, which includes maintenance, utilities and parking, through October 2019.

Now the city is leasing a building that it once owned just three months ago without a new alternative headquarter location immediately identified. Under the terms of the city’s lease with the county on the existing headquarters, the city will pay $7,845 per day through October 2, 2019. Even if a new headquarters is identified and secured in the coming weeks, the time needed to renovate or build out the structure could force the city to renew the lease.

“The search for a new headquarters continues,” Dan Williams, the director of media relations, said in an email Tuesday afternoon.

The Mayor’s Office has not publicly stated the reason why the deal to acquire the Plain Dealer building fell apart in September, but Conwell stated he was informed that the building’s two tenants had long-term leases, which complicated the negotiations, ultimately leading to an impasse. However, with budget hearings coming up in February, Conwell said the Council is in need of a schedule or updated timeline in order to know whether additional funding may be needed, especially if the city’s lease for the current headquarters needs to be extended into 2020.

The city used Colliers International to survey and identify several sites before narrowing the list down to five locations, with the Plain Dealer building coming in with the lowest bid. The next lowest bid includes the renovation and conversion of the former Third District police headquarters on Payne Avenue. Additional construction would be required as part of that proposal.

The city would also be required to request new bids from interested contractors once a new site selection has been made.