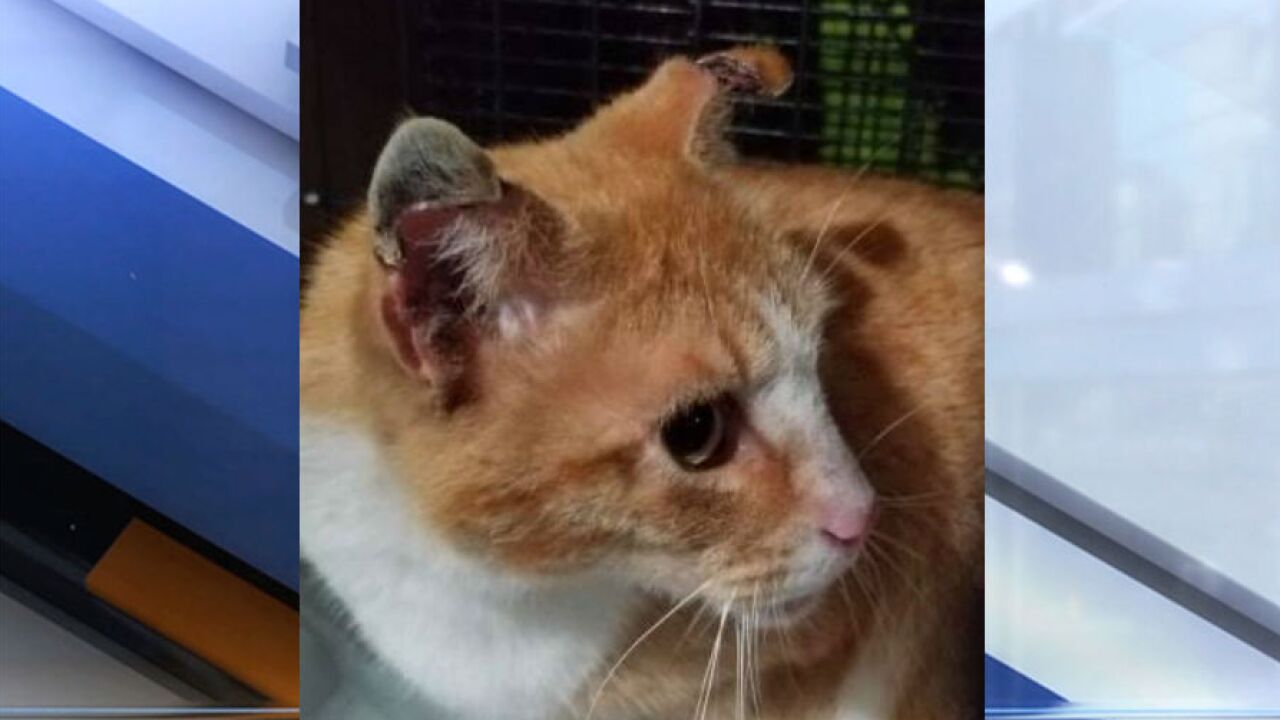 CLEVELAND — A cat in Cleveland is recovering from surgery after a rescue found him with his ears dangling, mutilated by scissors.

Forever Friends Foundation shared the story of the cat on Facebook.

The cat was picked up by the rescue with both of his ears dangling and almost entirely cut off. The organization said it appears that someone used scissors to try and crop the cat’s ears.

The cat was transported to the organization's medical adviser, placed on pain medication and an antibiotic, and on Friday he underwent surgery on his ears at Able Animal Hospital.

Forever Friends Foundation said that the cat needed to have at least one of his ears amputated, if not both.

The Cleveland Animal Protective League was informed of the incident and is investigating.