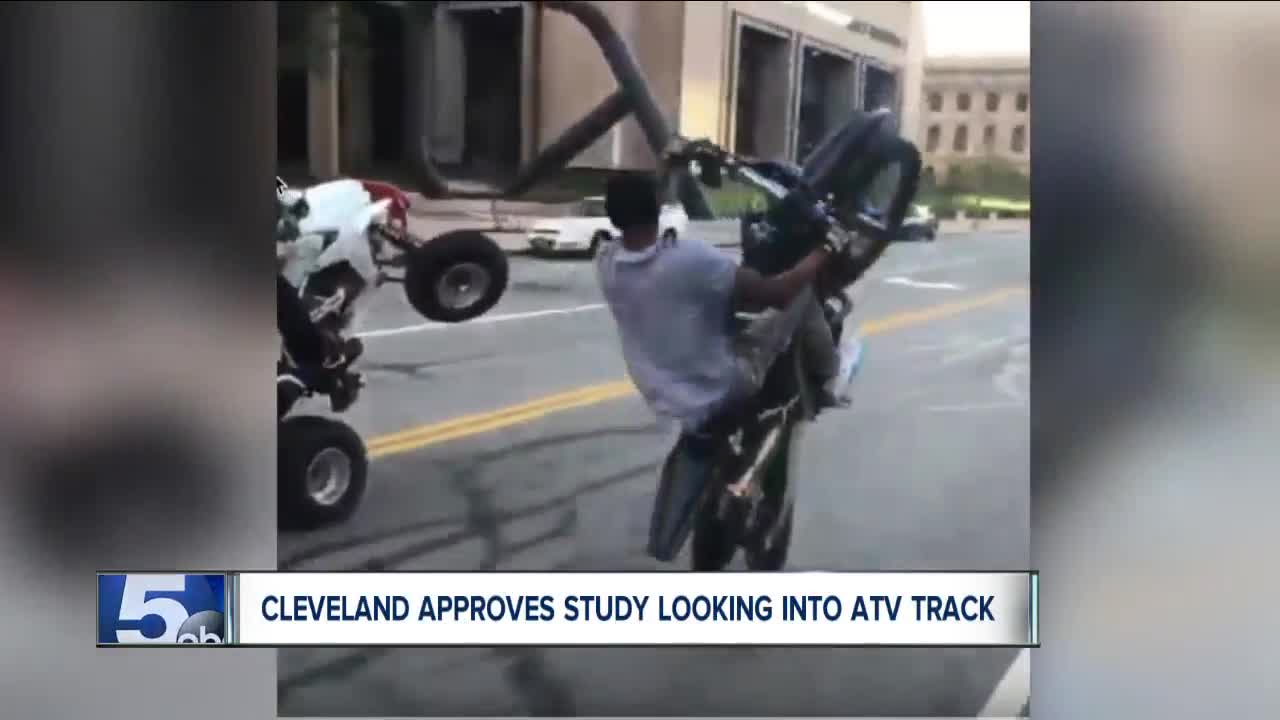 CLEVELAND — The Cleveland City Council approved legislation to conduct a study on whether it would be feasible to build tracks for off-road vehicles and bicycles in the city presumably with the goal of stopping ATV and dirt bike riders from tearing through the streets of the city, as they have several times over the last few years.

The council approved a $155,775 contract that is set to begin in February and last for six months to study the feasibility of potentially building dedicated off-road vehicle tracks in the city.

This isn’t the first time the city has considered such a project — a previously proposal was shelved in 2017, but after dirt bikes and ATVs tore through the streets of Cleveland on nights in the summers of 2018 and 2019, Mayor Frank Jackson’s administration signaled that they had interest in rebooting the proposal.