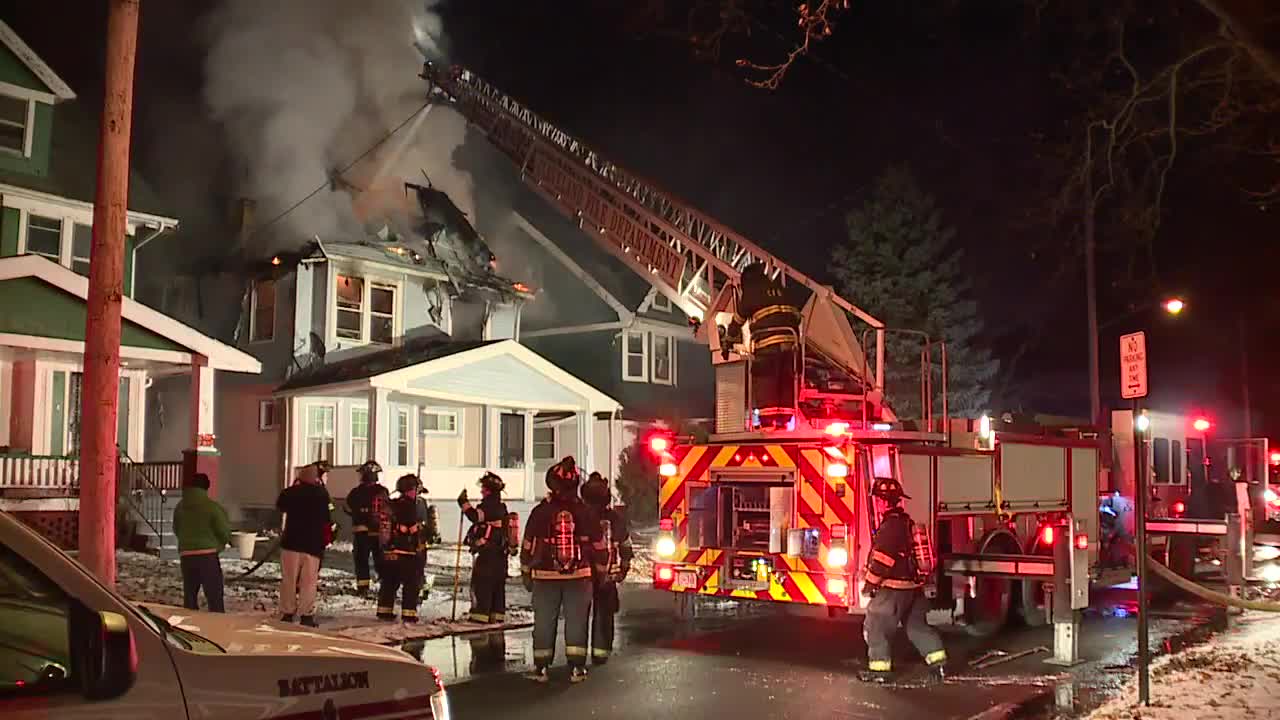 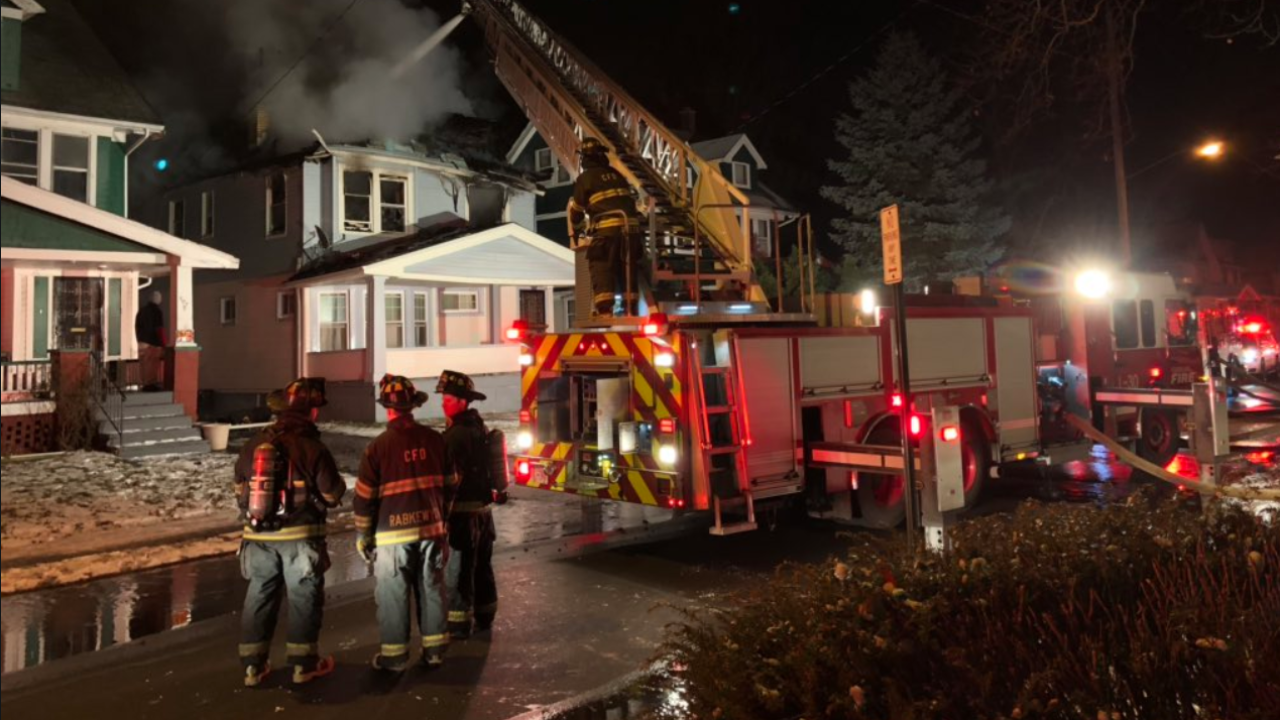 CLEVELAND — A Cleveland firefighter was injured while battling a house fire on the city's east side Monday morning.

The house, located on East 120th Street north of St. Clair Avenue, appeared to be occupied but no one was home, Cleveland fire said.

Fire officials said one firefighter was transported to a nearby hospital with a broken and lacerated hand after a window fell on it, according to Lieutenant Mike Norman, of the Cleveland Fire Department.

A second firefighter was treated for a strained back.

Crews searched the first and second floors but were unable to reach the attic. A preliminary search found no one inside the home.

A neighbor on scene said a moving truck was in the driveway of the home on Sunday. It appeared the residents were moving in their belongings into the home.