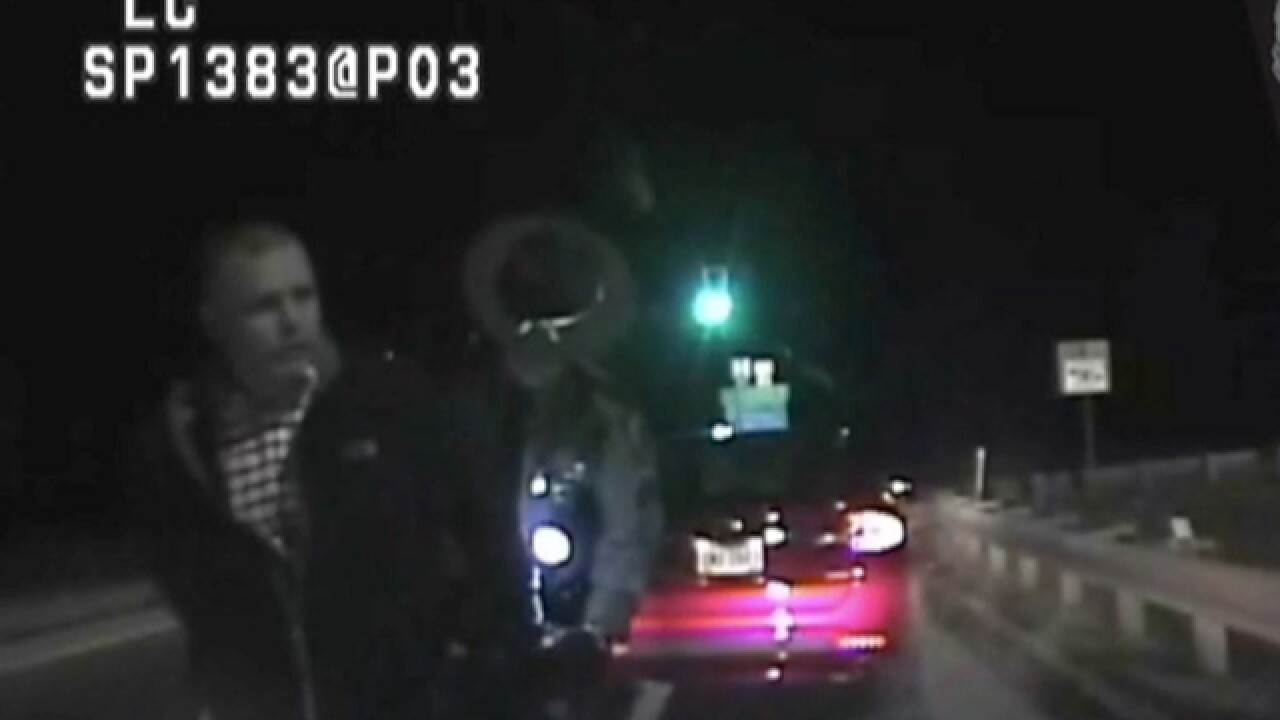 Copyright 2018 Scripps Media, Inc. All rights reserved. This material may not be published, broadcast, rewritten, or redistributed.
<p>Robert Sweany was arrested for OVI in December 2017. (Source: Ohio State Highway Patrol)</p>

A Cleveland police officer who was convicted of OVI and having weapons while intoxicated after an arrest in December 2017 was terminated from the Cleveland Police Department, effective Thursday, officials said.

Robert Sweany was off-duty when he was arrested by Ohio State Highway Patrol on December 20, 2017 .

Sweany was also found to have violated the terms of a “Last Chance Agreement” that he had entered into due to “prior disciplinary matters,” according to a news release from the city.

Sweany was also charged with OVI in 2013, according to Medina Municipal Court records.  He was placed on probation for one year after that arrest.

Sweany was also investigated for an officer-involved shooting on Cleveland’s West Side in 2012. Police said at the time that a man charged at officers with a silver wrench, and the man was shot twice in his lower extremities by officers.

The Department of Public Safety, Division of Police moved forward with Sweany’s termination after Director of Public Safety Michael McGrath made his ruling following a disciplinary hearing that was held on Sept. 21, 2018, the release states.