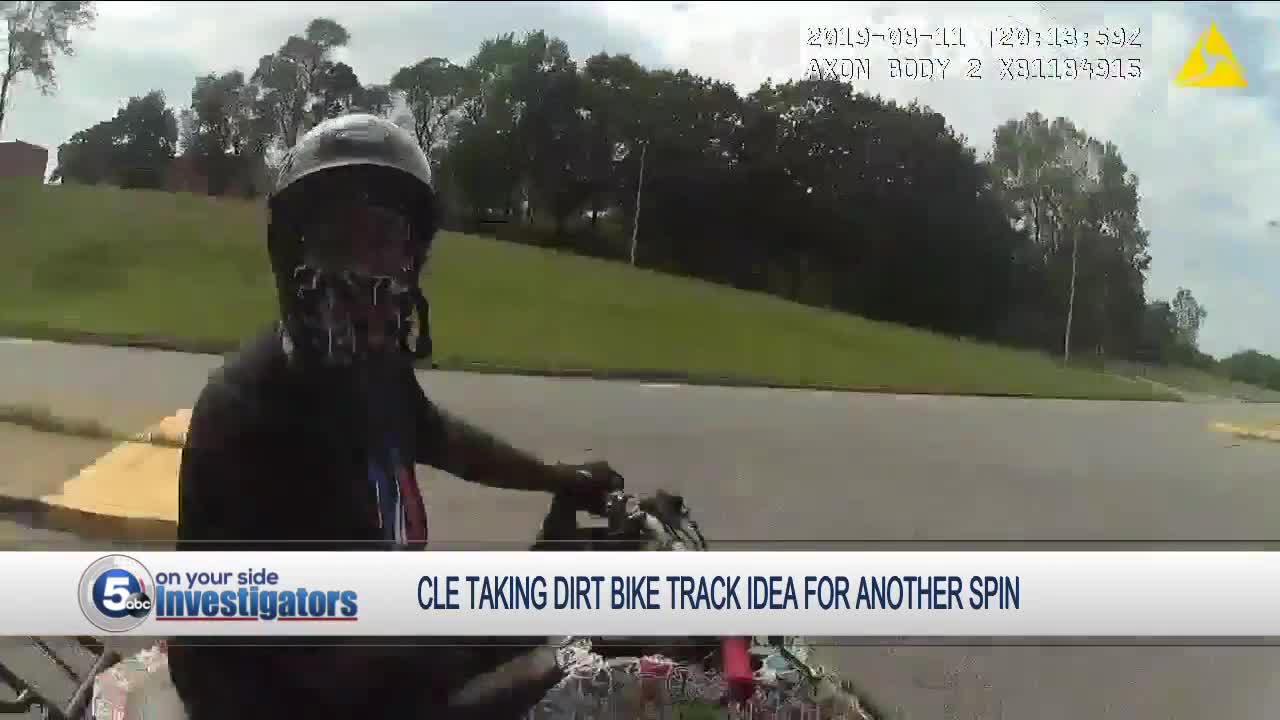 More than a year after the city put the brakes on plans to build a dirt bike track, Cleveland City Council approved funding for a feasibility study for a similar project this week. CLEVELAND — More than a year after the city put the brakes on plans to build a dirt bike track, Cleveland City Council approved funding for a feasibility study for a similar project this week.

The plan, pushed by Mayor Frank Jackson, calls for development of an "off highway vehicle and BMX park" project. Council approved spending nearly $156,000 to hire consultants to look into the idea.

"Whether it's the location of if it's justifiable to build an off-road track," Director of Public Works Michael Cox told council members.

In 2017, council approved more than $2 million to develop a similar project at Marion Motley Park near East 73rd Street and Carson Avenue. That came months after the mayor's grandson was busted by police for riding an unlicensed dirt bike through city streets.

That plan eventually fell through. This week administrators told council only a portion of that $2 million was spent.

"The only thing we did at Marion Motley was to do the environmental remediation and capping and some parking lot improvements," said Director Matthew Spronz of the Mayor's Office of Capital Projects.

According to a Request for Proposals issued in June, the city has already "conducted a preliminary site study analysis for recommended locations within city limits." 5 On Your Side Investigators requested a copy of that study, but hasn't received it yet from the city. Council was told by administrators that no location has been chosen for the project, which some believe could increase the Cleveland's recreational offerings.

"This is a huge market we're talking about," said Councilman Blaine Griffin. "A lot of people don't realize the millions of dollars that go into this."

But others point out the proposal follows another summer in which unregistered dirk bikes and ATVs flooded city streets.

"Bikes, unlicensed will be running through our city streets to go to that location, guaranteed" said Councilman Matt Zone. "Unless I have a high assurance from CPD that they're going to pursue these people and that they're going to take, confiscate people's vehicles, then I could support it."

The city hopes to have the findings of feasibility study by early summer. Any proposal to build the track would need approval from council.