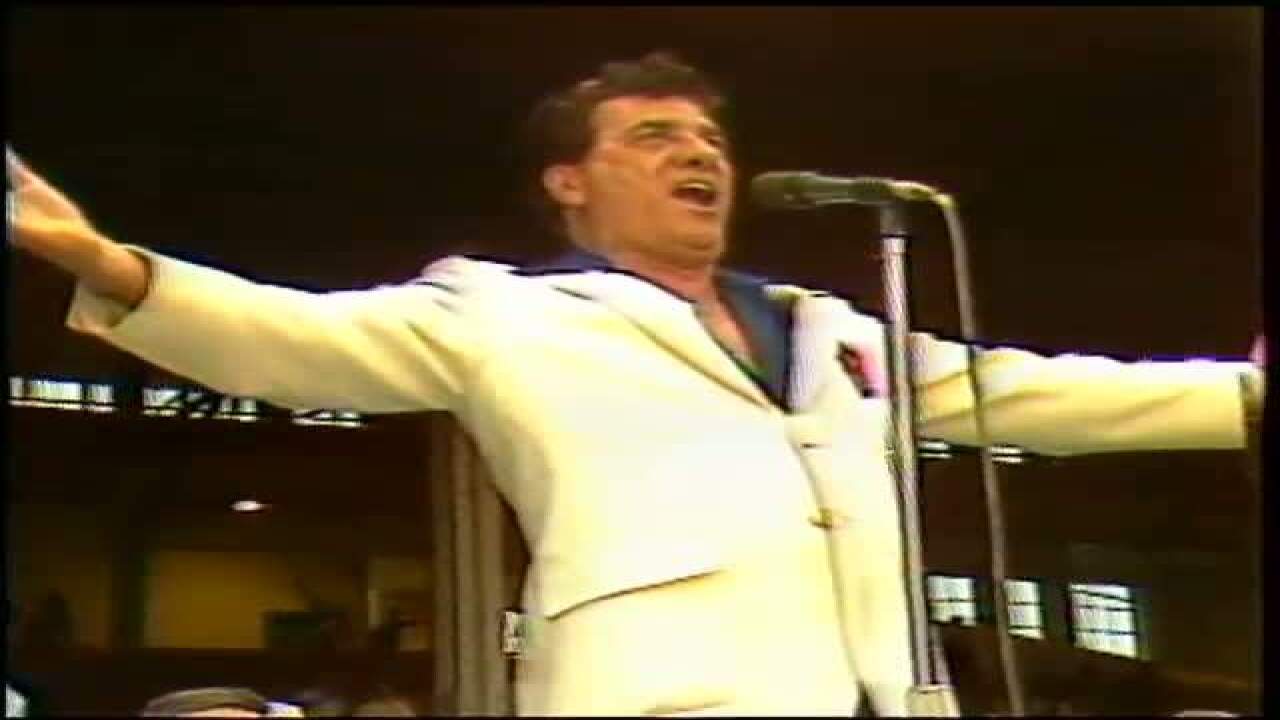 A Cleveland legend, Rocco Scotti has died at the age of 95, the Cleveland Indians confirm.

For decades, Scotti belted out the national anthem at events all over Cleveland, but he was best known for singing the anthem at Cleveland Indians games.

Scotti ended the anthem on a signature high note followed by a salute.

Born in Pennsylvania, his family moved to Cleveland when he was 3.

Early in his adult life, he worked in construction, but his love of singing continued to call him. He would study voice elsewhere in the United States but return to Cleveland.

Invited to sing the national anthem at Municipal Stadium before an Indians game, his rendition was a hit and he was invited back. He became a regular at the ballpark and synonymous in Cleveland with the anthem.

Rocco recorded an album, “Rocco Scotti Sings In Rome” with Rome Philharmonic Orchestra. Another album was also released from his recording sessions in Italy.

When the Indians left Municipal Stadium, they stopped asking Scotti to sing the Anthem. Following the sale of the team to the Dolan Family, Scotti was invited to sing at opening day Apr. 2, 2001.

Scotti nearly missed the opportunity as he was involved in an automobile accident just down the street from the ballpark. He was rushed to the hospital and returned just in time to sing with stitches, and a bit of blood, showing in his forehead.

“Rocco was a unique member of the Cleveland sports scene for many years.  We truly enjoyed our long relationship with him," he said. “Our thoughts and prayers go out to the Scotti family."

Even in later years while in a senior care facility, Rocco Scotti would sing the national anthem each year on opening day for his fellow residents.

In 2014, Scotti was honored by the Ohio department of Aging, being inducted into Ohio’s Senior Citizen Hall of Fame, and as part of the ceremony, Rocco Scotti sang the national anthem.