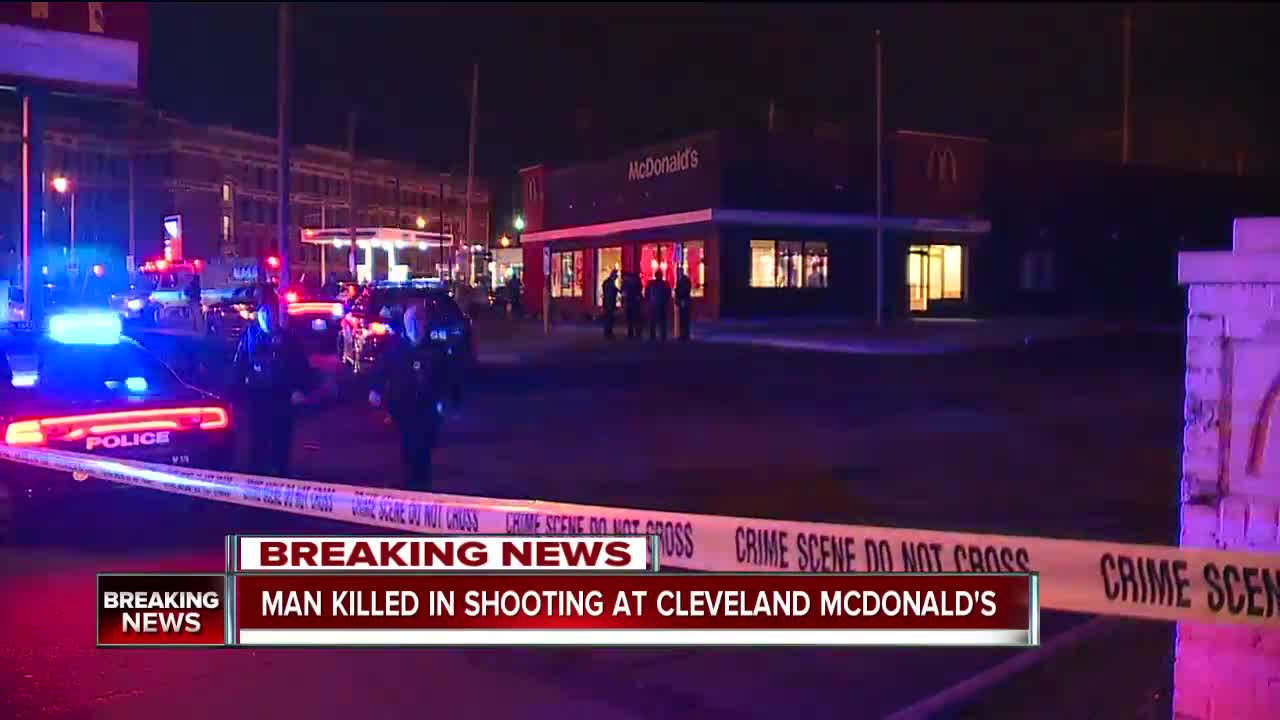 Cleveland police are investigating a fatal shooting at a McDonald's. 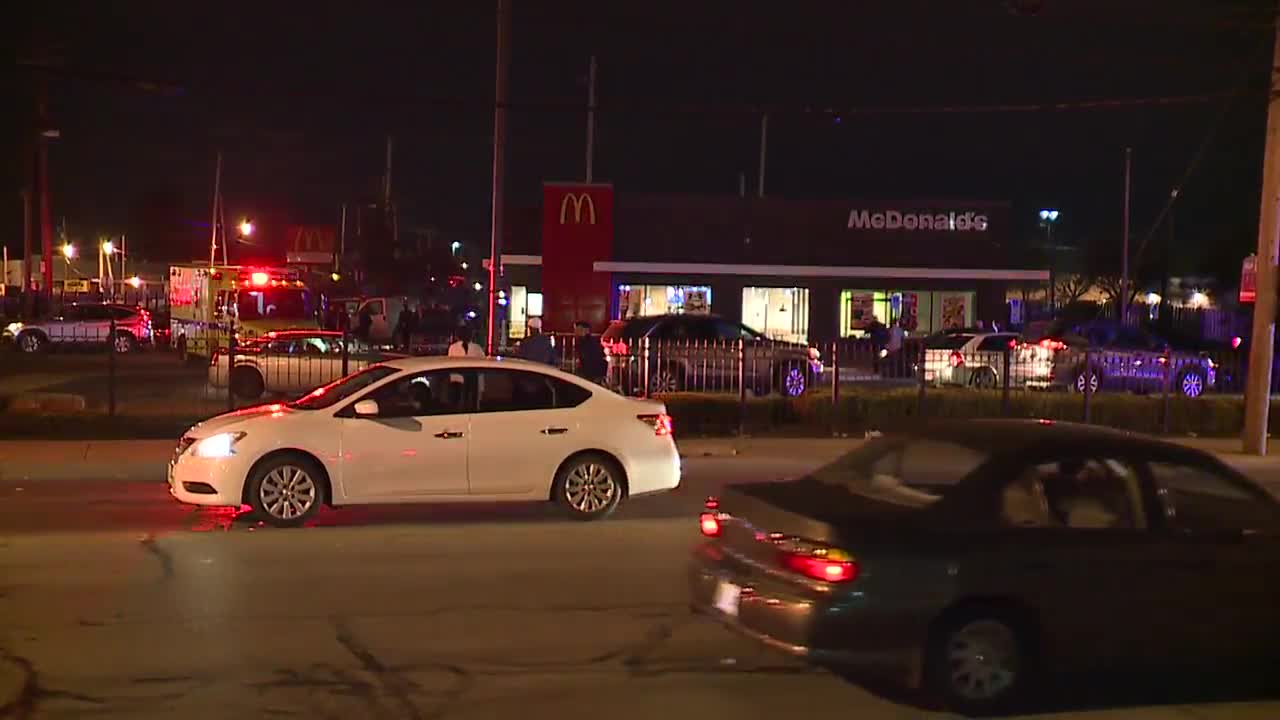 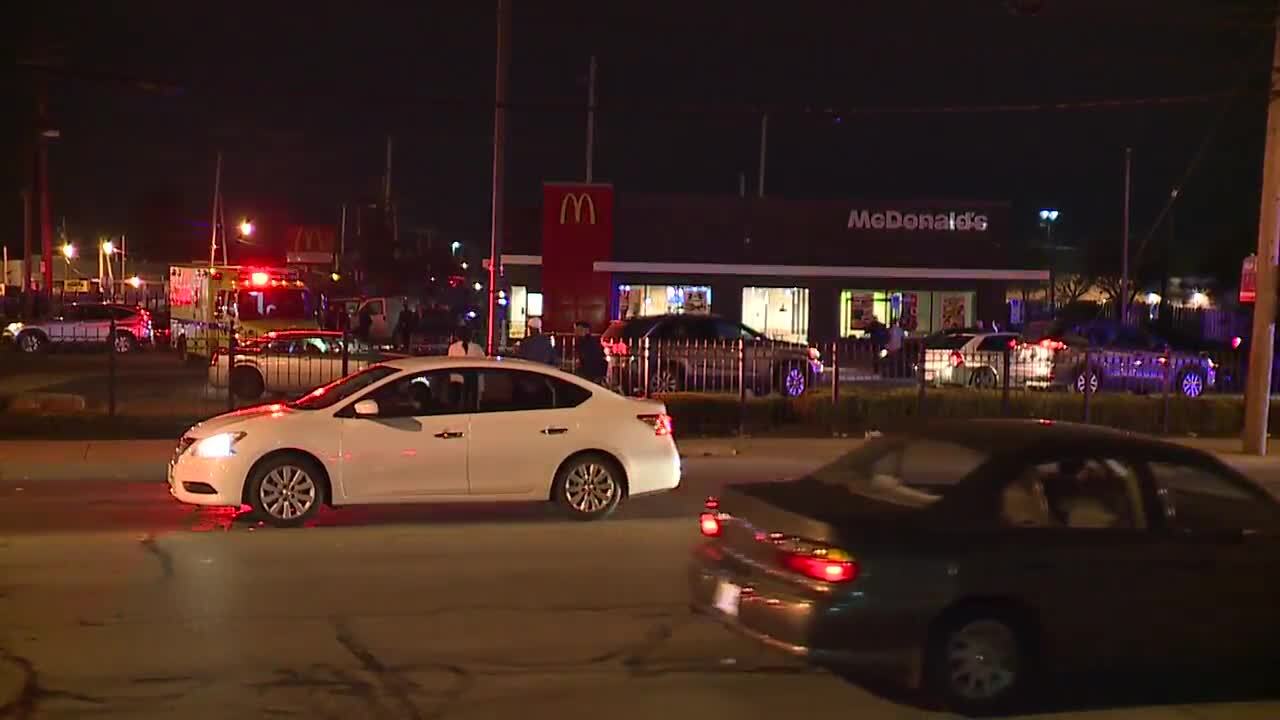 CLEVELAND — A security guard shot a 32-year-old man in the head and killed him as the man was threatening other patrons and charging towards him, according to a Cleveland police report.

At about 8:45 p.m. Tuesday, Cleveland police officers responded to the McDonald's at 15110 St. Clair Avenue for an assault in progress with shots fired, police said. On arrival, they found a man outside on the sidewalk with a gunshot wound. He was pronounced dead at the scene.

The preliminary investigation indicates that a security guard working inside the restaurant was assaulted by the 32-year-old man, who then left and returned to the restaurant with another man, police said.

The man who was shot reportedly threatened other patrons and then charged at the security guard. The guard first use pepper spray on the man, then fired a single shot. The man ran out of the McDonald's and collapsed.

Cleveland police reported Tuesday night that the second man who returned to the scene was arrested by police, and the guard was questioned.

Members of Cleveland police's Homicide Unit, along with the Cuyahoga County Medical Examiner's Office responded to the scene, police said.