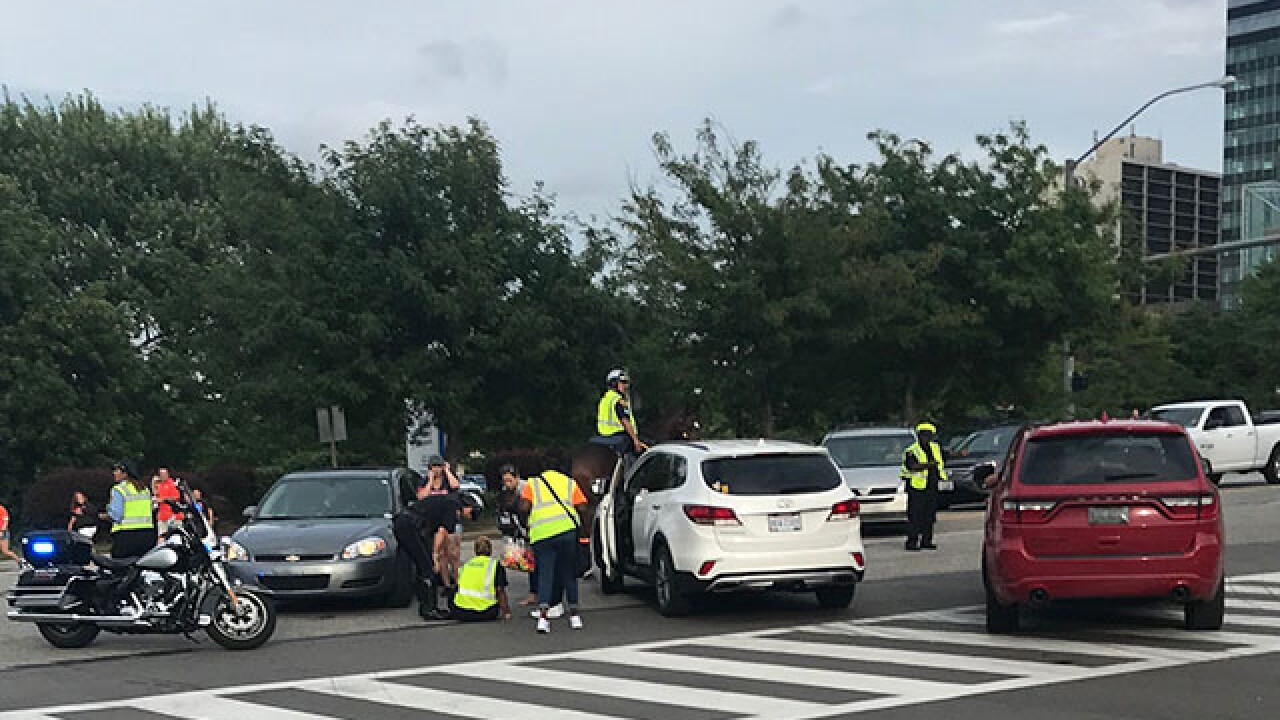 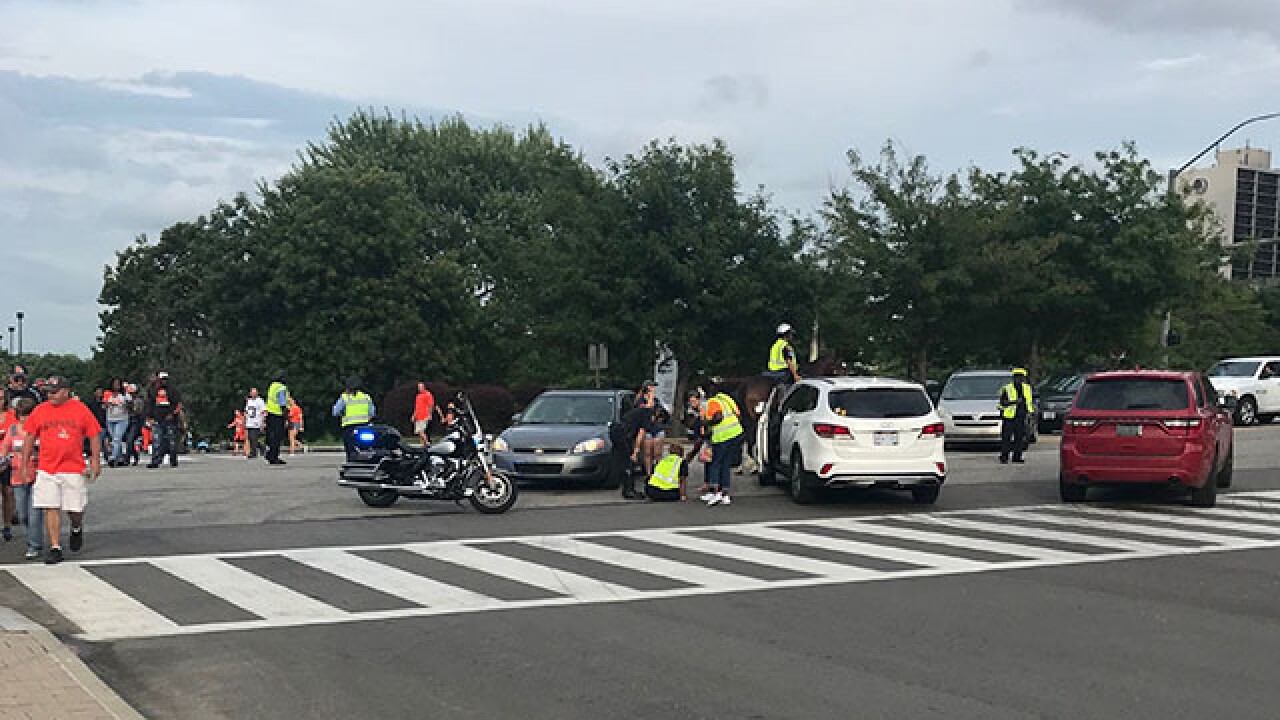 A Cleveland police sergeant was struck by a vehicle and sustained a leg injury Friday evening outside FirstEnergy Stadium, authorities confirmed.

The on-duty sergeant was struck at about 6:30 p.m. at East 9th Street and Erieside Avenue, according to a Cleveland police official. The sergeant sustained a leg injury and was taken to MetroHealth.