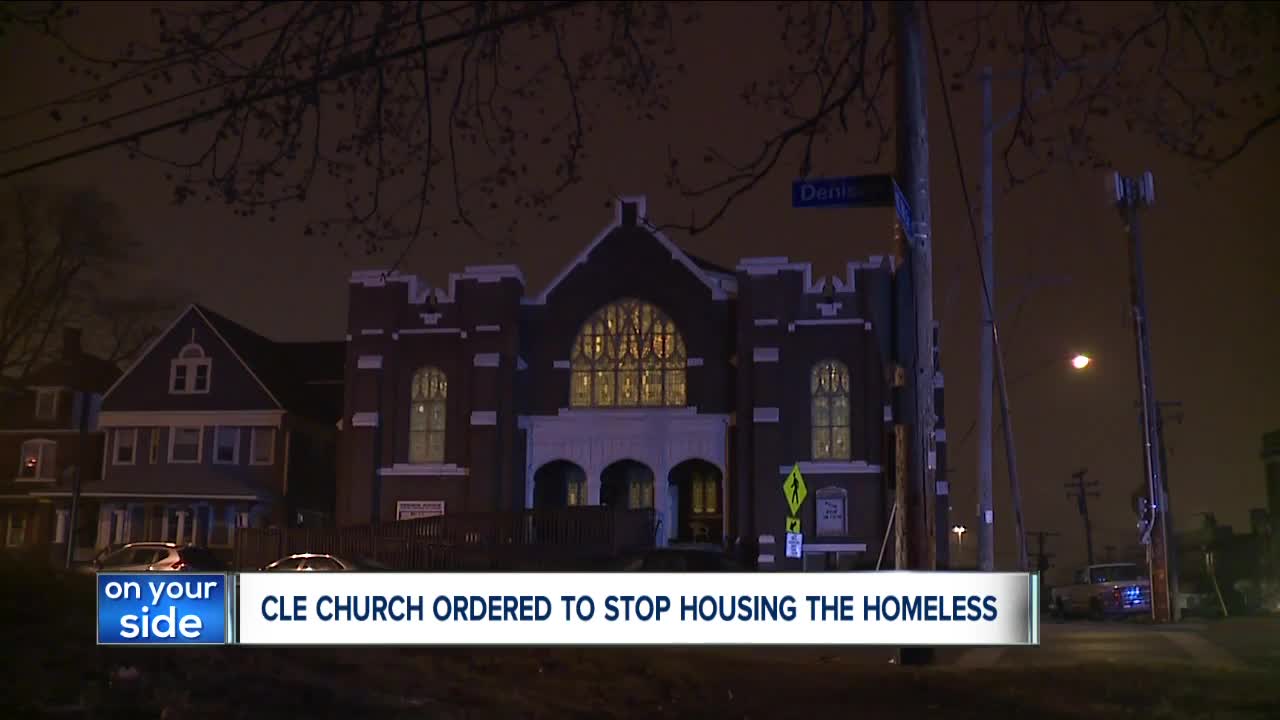 The church has taken in about 40 homeless people this season through the Metanoia project, stepping up to help when Saint Malachi's church had to cut back on the number of people they could house because of fire code violations. 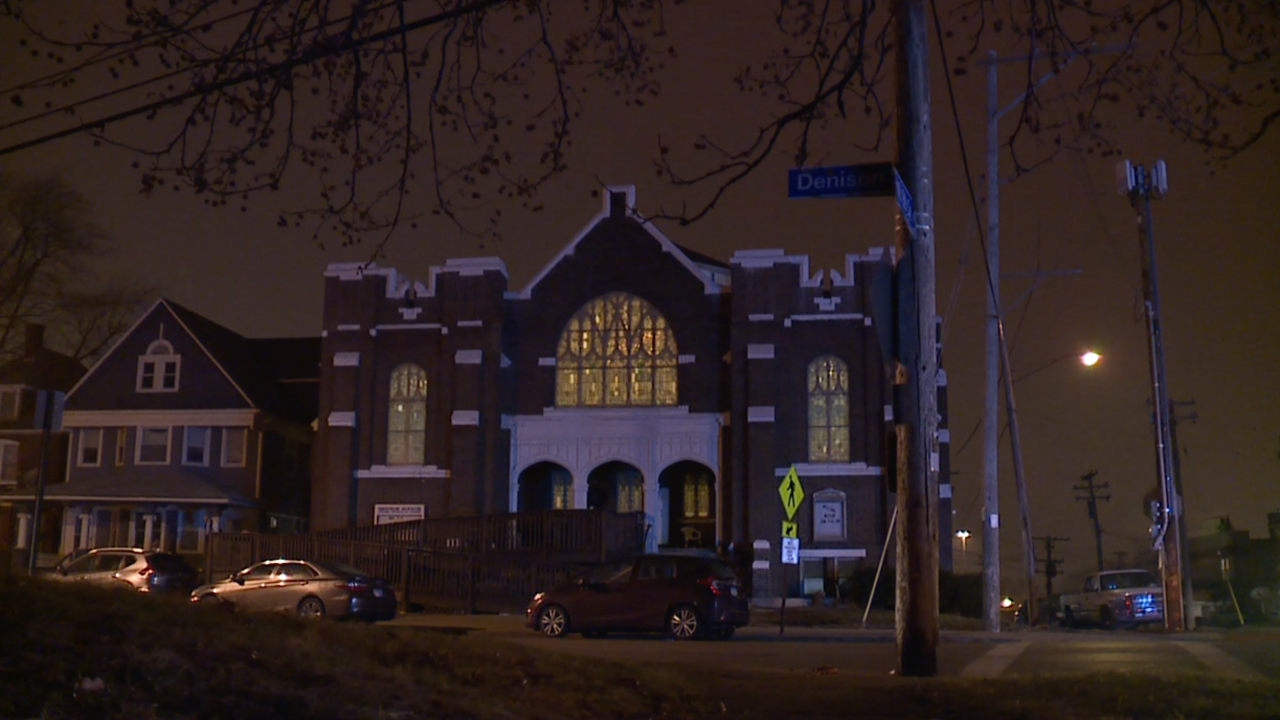 They're set up for another chilly winter night—but it could soon be their last.

"I think that we're trying to do what is in the heart and mind of God," said Nozomi Ikuta, the pastor of Denison Avenue United Church of Christ.

The church has taken in about 40 homeless people this season through the Metanoia project, stepping up to help when Saint Malachi's church had to cut back on the number of people they could house because of fire code violations.

"Instead of focusing on your shortage you try to figure it out," Ikuta said.

Denison Avenue United Church of Christ also isn't up to code to house people. Tuesday, the city of Cleveland slapped a 'cease use' letter on its front door.

"They feel legally bound to do this they said and I think that God has another plan so we'll just see," Ikuta said.

Ikuta says the city is mainly taking issue with a lack of sprinklers in case there's a fire and the church not having hard wired smoke detectors. They've installed units like the ones you'd see in your home.

"We can't quite meet that legal standard right now, but we think that most people would agree that compared to letting people freeze to death, having residential grade smoke detectors is a reasonable step," the pastor said. "I'm admitting that we're not quite to code, but we're taking safety very seriously and doing what we can."

Monday, dozens of Clevelanders took to the streets to stop the city from shutting this cold weather center down.

"Homelessness is a larger issue in our community and that it's a growing problem and that we need more action from the city of Cleveland," said Molly Martin, a member of Northeast Ohio Coalition for the Homeless.

According to the coalition, six people froze to death in Cleveland in the last two years.

"I really believe in the God who makes a way out of no way," Ikuta said.

As Ikuta holds on to her faith, the dozens that depend on this space for shelter can stay for seven for days while the church appeals the city's decision.

"The City of Cleveland first became aware in September, through Cleveland City Council, of the Denison Avenue United Church of Christ (UCC)’s intent to house people overnight. At that time the Department of Building & Housing (B&H) was in communication with the church about was necessary for it to become a temporary R-1 transient use facility, noting that certain requirements would need to be met. Requirements include an application to B&H for review. The review would include egress, fire protection and life safety measures. The local community development corporation contacted B&H claiming the church was already housing people overnight. B&H sent out an inspector on Dec. 6 and the church committed to making an application for the change of use.

On Dec. 20, a violation order was issued by B&H. The church has 30 days to appeal the order. The City was told by the church it would file the appeal but as of today has not received it. The church is still welcome to submit a temporary R-1 transient use application, which would give it 180 days to operate its shelter. If the application were rejected because upgrades to, for example, a sprinkler system were not made, the findings could be appealed and the review board could consider a variance.

In addition, the Division of Fire had a number of safety concerns. On Tuesday Dec. 24, prior to issuing its Cease Use order, Fire Chief Angelo Calvillo met with church officials to discuss the City’s concerns about not meeting fire codes for residential facilities. The church can appeal the order within seven days of its issuance. Should the church continue to house people during that time, the Division of Fire will require someone to serve as a fire watch. The fire watch is required to monitor the area for fire, alert occupants, report it and make basic attempts to extinguish the fire. This person is not required to be a firefighter.

The church’s current legal use is for assembly. In order to change it for temporary residential use (R1) – which would not affect its operations as a worship space - the Denison Avenue UCC would be required to apply for a change of use with the Department of Building & Housing.

These codes and standards are in place so that in the event of an emergency, those inside are as safe as possible."

The church said they plan on appealing the building and housing order as well as the Cease Use order.