Nonprofit Motogo is bringing shop class back to schools in Cleveland 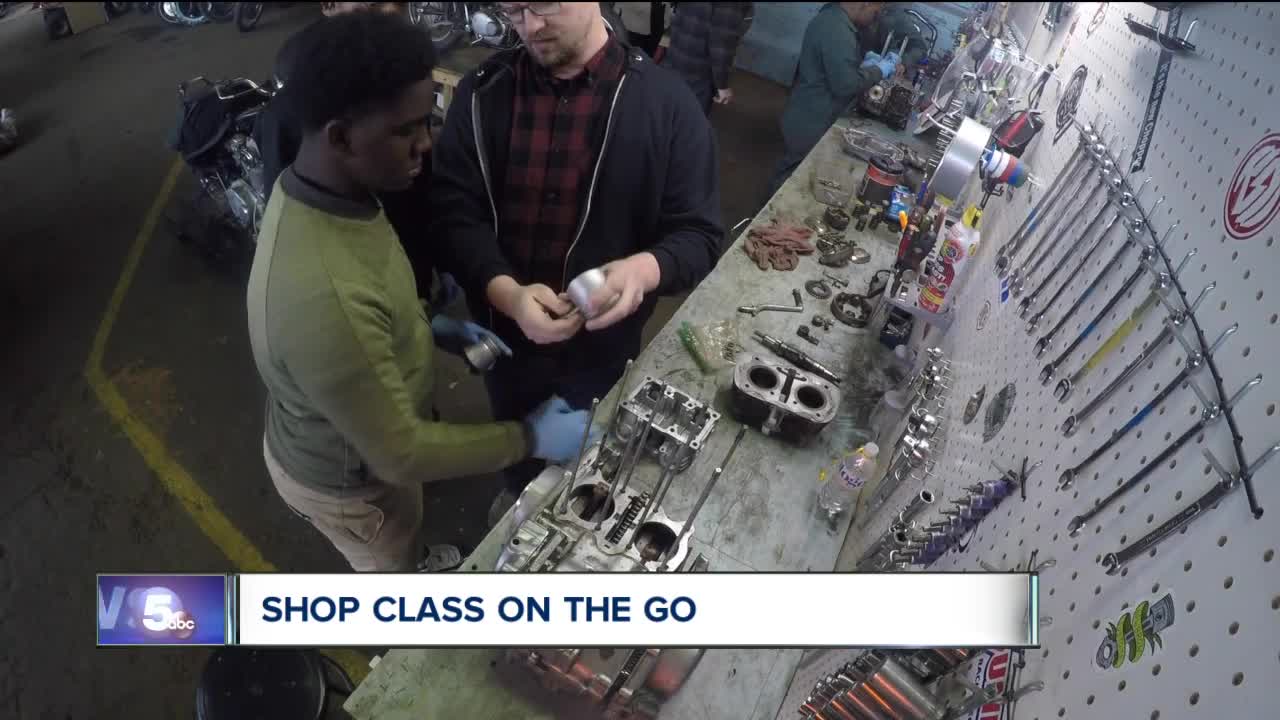 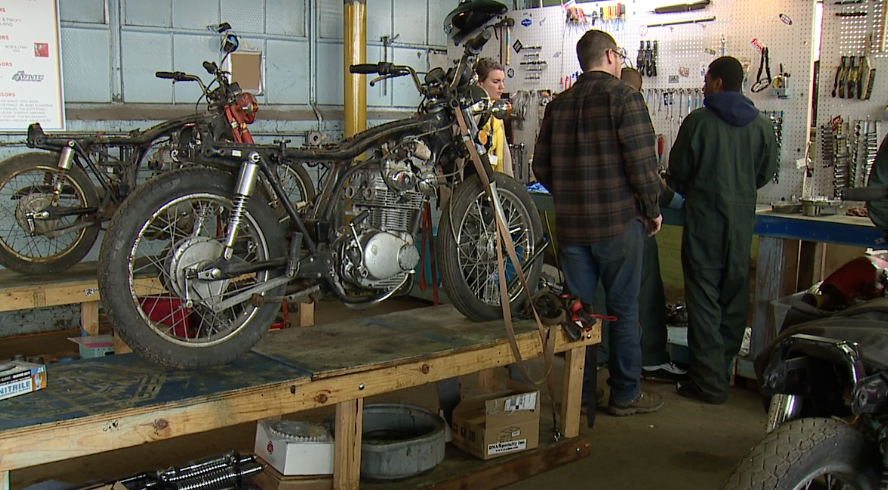 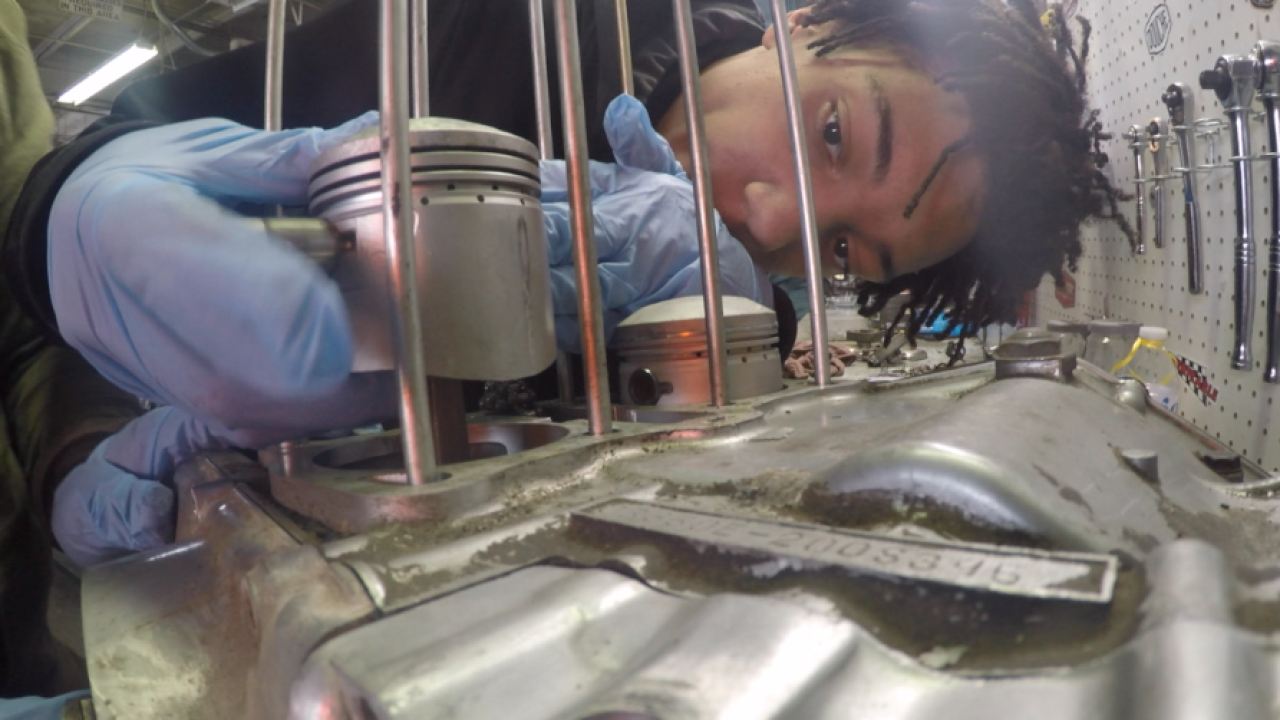 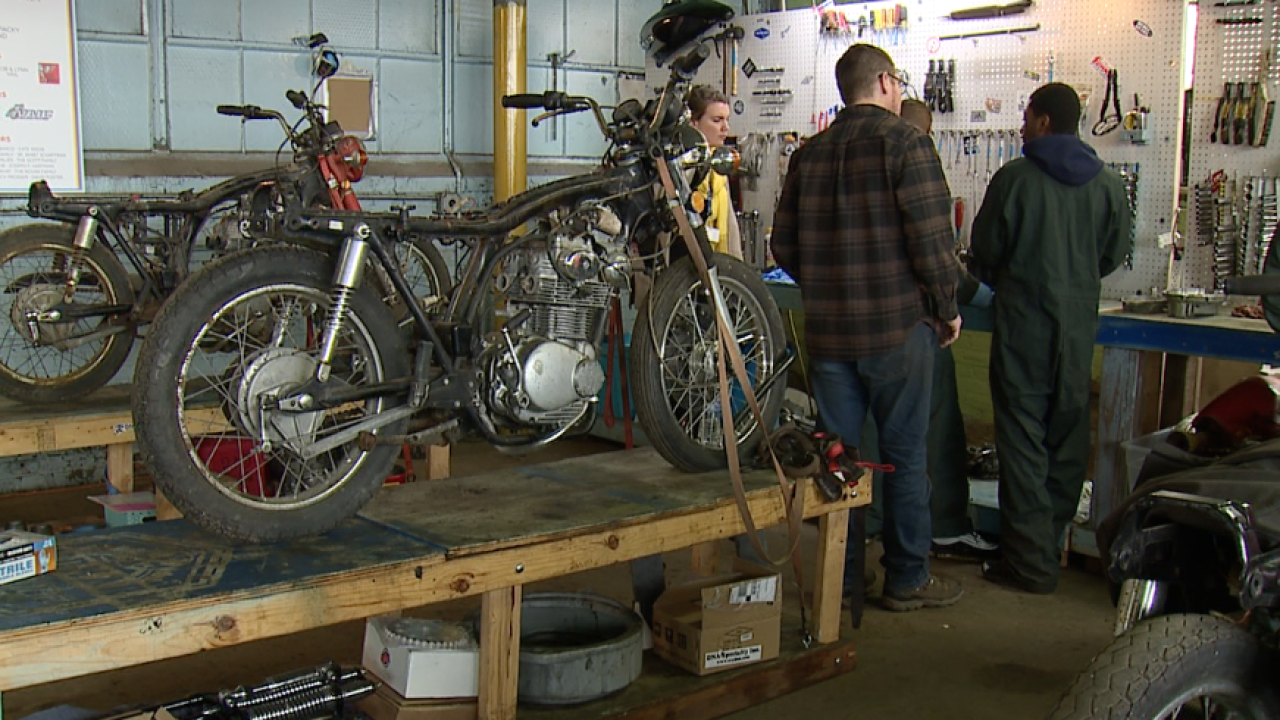 CLEVELAND — Molly Vaughan and Brian Schaffran started Skidmark Garage as a place for motorcycle riders to come, fix up their bikes, share parts and knowledge. It’s a community, DIY garage.

“We saw the adult members of the garage form these adult relationships and talking to each other,” said Vaughan. “It was successful. People from different sides of towns were finding commonality, and as former teachers we both knew this was the dream in the classroom.”

That’s when the idea of creating a nonprofit out of the garage sparked.

"We knew not only do kids need shop class, but they need to find places where they could work on something together and find commonality in a place outside of the classroom,” she said.

After a year of work, Motogo is up and running. Every week, students from schools throughout Cleveland, including Design Lab Early College, Saint Martin de Porres High School, University Settlement and soon, Magnificat High School, will come to the garage to get hands on learning, by building up and breaking down motorcycles.

For students like Martaevion Friesco, a junior at Design Lab, it’s a nice break from the classroom, but not a break from learning.

“They fail and they try again and they succeed and all of the sudden it’s a redefinition of failure,” she said.

Schaffran said his goal is to eventually bring Motogo to all schools in our area.

The group will soon be getting a mobile rig. They’ll be able to pack up all of the equipment in Skidmark Garage and bring it to each school, specifically, and then set up shop right there. Schaffran and Vaughan are hoping this will give even more schools the opportunity to experience Motogo.