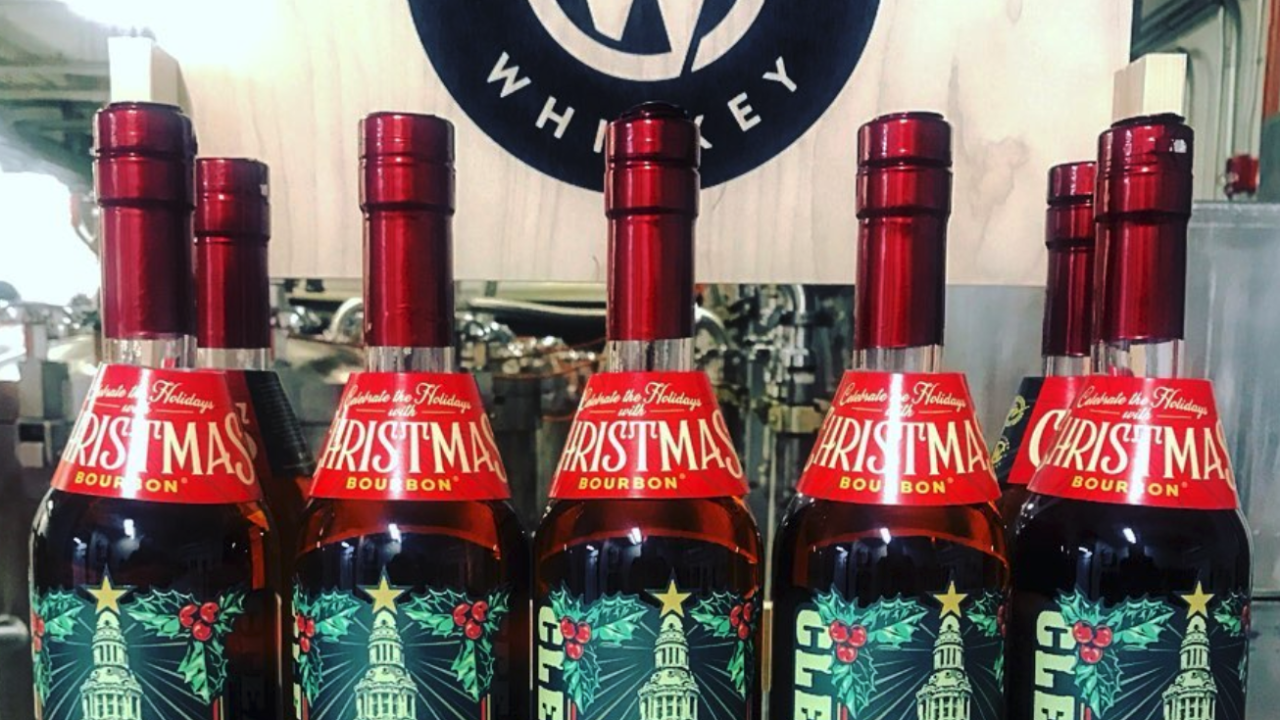 CLEVELAND — It’s officially October, and with the yearly tapping of Great Lakes Brewery’s Christmas Ale just around the corner, you might be looking for something a little stronger to pair with your holiday beer. Well, look no further than Cleveland Whiskey as it releases the 2019 Cleveland Christmas Bourbon.

Cleveland Whiskey, which has been named Whiskey Distillery Innovator of the Year, announced that this year’s Cleveland Whiskey Christmas Bourbon will go on sale on Oct. 12 at the launch celebration of the local liquor.

While it’s what’s inside that really counts, the bottle the bourbon comes in is extra special this year.

The design, created by Cleveland staple GV Art and Design, features a Christmas tree inspired Terminal Tower wrapped in holiday lights and topped with a star. GV Art and Design also designed a special t-shirt for the bourbon launch.

The 2018 Cleveland Whiskey Christmas Bourbon has been described online as having scents and tastes reminiscent of Christmas—including nutmeg, caramel and even some cocoa.

Tickets and parking are free. Click here to get tickets to the event.