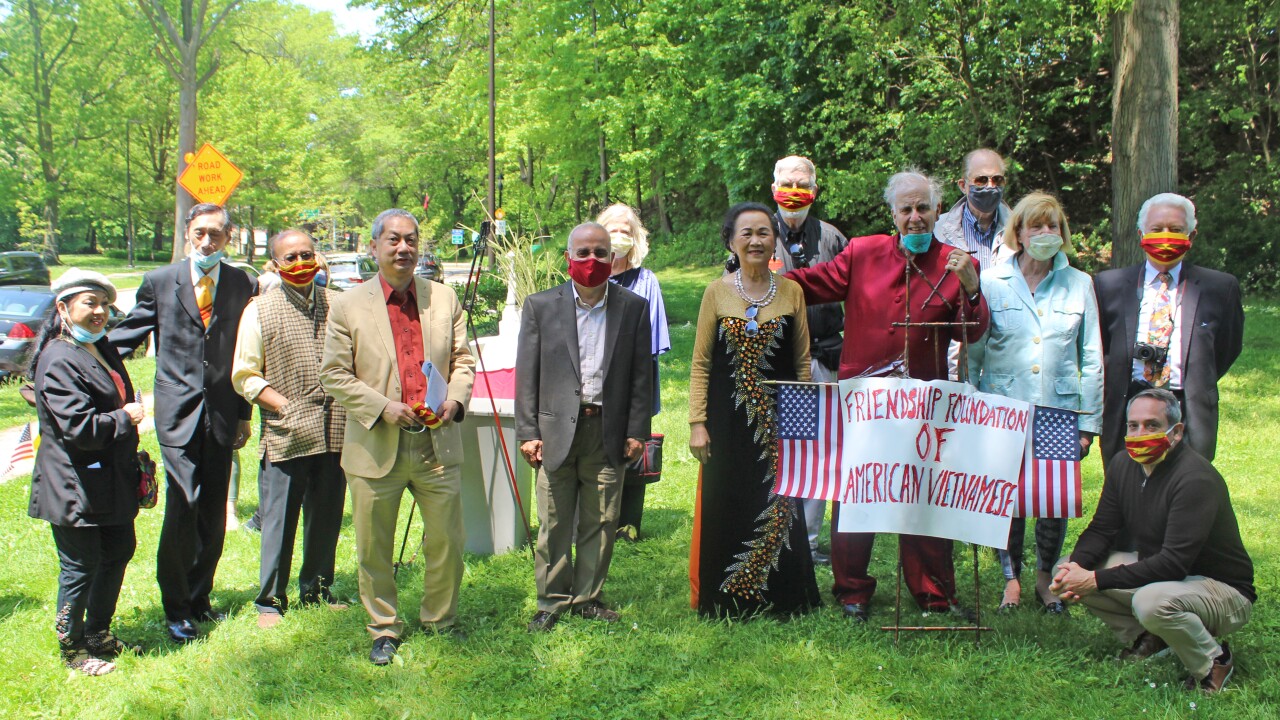 Dan Hanson
The groundbreaking of the Vietnamese Cultural Garden.

The garden, created to celebrate a 4,000-year-old culture and its achievements, was nearly 10 years in the making.

“We have wanted to build this garden for all the American Vietnam Veterans who gave their lives for us,“ said Gia Hoa Ryan, executive director of Vietnamese Cultural Garden. “If not for their sacrifice we would not have been able to come to America. Many millions of lives around the world owe their freedom to America veterans.”

While the groundbreaking was historic, organizers said much more work needs to be done to complete the garden. There is currently a statue of “Our Lady” being carved from white Vietnamese marble from a team of artists in Vietnam

Once completed, the statue will be transported by sea to the states, then eventually make its way to Cleveland. The approximately 20-ton statue will be erected around other marble works and a concrete sitting wall, Asian flowers, shrubs and trees will surround the statue.

“We also are planting a small bamboo forest complete with a time capsule to be opened 100 years from now as a witness to our current Vietnamese-American Community in Greater Cleveland,” Ryan said.

You can visit the Vietnamese Cultural Garden at 711 Martin Luther King Blvd.